Victor Fernandez (E-42) spends a lot of time on Maui and most of the time he windsurfs at Ho’okipa. Olaf Crato filmed the 2010 PWA Wave World Champion, who shows some precise Aerial action. Olaf calls his video “things to do in small waves” and shows how clean Victor sticks his moves.

Victor is one of the most consistent riders and often fought back through the double elimination by winning many heats in a row. The strength of the Spaniard is to go big on both tacks in waves and in jumps. We are sure that he will be one of the main contenders for the 2016 overall wave title. 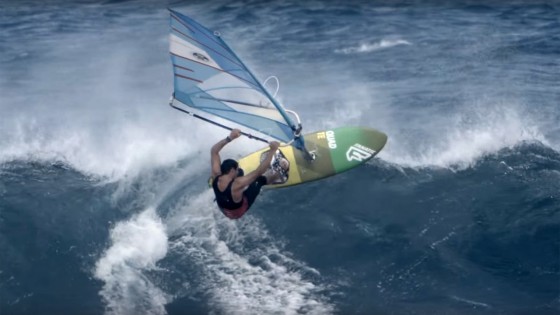 This guy would have another championship if the tour were better balanced between port and starboard tacks.