Besides winning the PWA Gran Canaria Wind & Waves Festival, Philip Köster tried a Triple Forward Loop in the last seconds of the winners final of the single elimination. During the last minute of his heat against Alex Mussolini, we already felt, that Philip wanted to go for something big as a big set came closer and Philip accelerated suddenly. And then, bammm, the Triple Forward Loop attempt.

In 2008 Ricardo Campello made already a pretty similar attempt, but after this attempt nobody managed to come close to Ricardo’s attempt, except Philip. 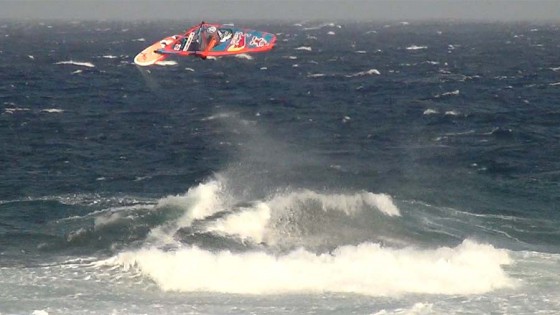 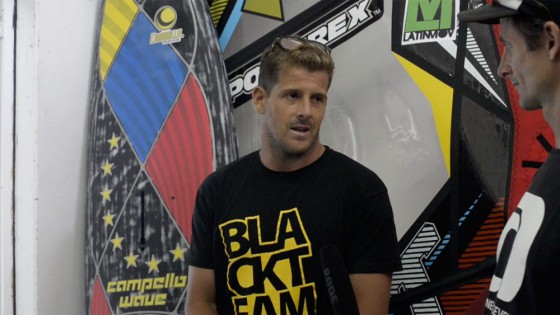 Although maybe not as close, Boujma’s attempt was also something.

Wearing a helmet every time will make. dizzyness is from slamming head, not body. no limit yet

You are right that they are already trying it for 7 years, but remember how long it took before someone managed to land the double loop. They tried and tried for years as well. Now it looks like a standard move for the top 10 competitors of the world. So, don’t say the triple loop is impossible. Be patient.

would say that it is Impossible the way they try it.
If you watch all videos carefully you will notice that in the second part of the second rotation all of them lose height extremely fast.

Probably if they make spok like flip before hitting the water it could be possible.
But still the forces are too high to win.

I hope too someone to make the breakthrough.

I have to admit i thought as well that Koster’s triple was well ahead but actually i cant see any difference either. ( at 2:30 campello vid it looked like it could be waterstarted?) lets say that koster still has a learning curve, so maybe one day? I would say its possible.