After Ben Proffitt has won the Single Elimination at the Tiree Wave Classic, John Skye had the charge of the day. After 8 heats, he had taken down current tour leader Proffitt who had a difficult day. 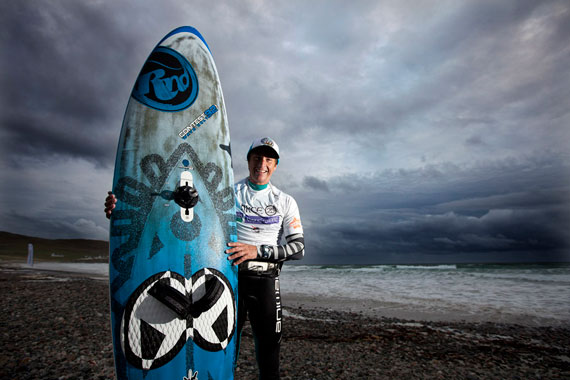 “It was really, really hard work but I’m super happy to be in front,“ said John. “We’ve got the best guys from the UK here this year – everyone’s competing – and I ended up going against almost every single person. I would say every heat could have been a final. I didn’t do any of the other UK events this year, I had a break, but I thought it’s the 25th year at Tiree, I’ve got to do it, and if I can win it, I can be the record holder, which to do it on the 25th would be amazing. If I do end up winning it, I’d be so happy. And to do it by winning eight heats, it’d be my best ever title – for ever and ever.”
If John – who’s known as ‘Skyeboy’ – wins this year’s event he would win a fourth Tiree Wave Classic, beating a record he jointly holds with this year’s head judge Duncan Coombs.

Ben Proffitt is definitely not happy about it. Read here what he wrote on Twitter: bugger!! Still 2nd is ok, just never fun to drop down! Close in the 1st.. Just couldn’t find jumps! 2nd one sailed like a chopper! 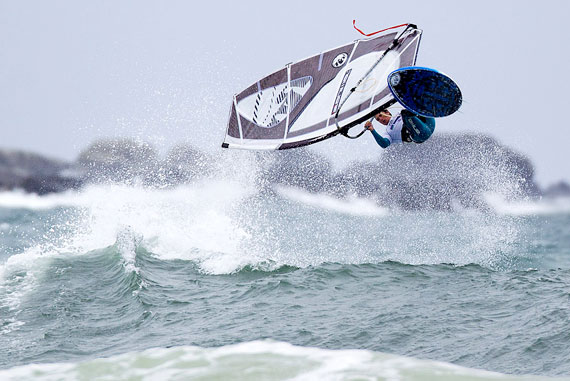 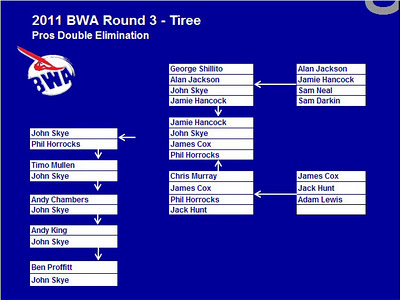