Timo Mullen is one of the top wave sailors from Ireland, who recently decided to move to England with his family. He now lives in Gwithian, what’s an excellent wave spot for all kind of water sports. Timo released a cool video about his trips in August and September and we had a chat with the passionate wave rider.

Timo Mullen: “Home to me means so many things these days, my work, my family and my windsurfing have taken me all around the world but as I have gotten older and more settled into family and work life I have found the need to settle down and call somewhere home. Last year I have been lucky to have had the opportunity to build a home for my family in Cornwall UK right on Gwithian Beach, I’ve been windsurfing Gwithian for nearly 25 years so felt it was the right time to put some roots down there! The windsurfing and surfing are pretty sic and it is an awesome place to introduce my kids to the fun the sea can offer. My mum and dad and brothers Finn and Tam all still live in Ireland so I get to travel back to my native home quite a lot still, my dad picks me up from Belfast airport and I can be windsurfing perfect Irish reef and beach breaks within 2 hours. We had a great start to the Autumn in both Ireland and UK so it was a great opportunity to capture just a snapshot of what it has been like. It isn’t always like this, I’m not going to lie but when it is on there really is no better places in the world that I’d want to call home. Hopefully the winter is not too cold and we get plenty more days like you see in the video.”

Timo Mullen in an interview about his home spots

Continentseven: Hi Timo, you are Irish, but you decide to settle with your family in England. Are the waves and wind better?

Timo Mullen: Yeah the waves are amazing here in England, maybe not as good as quality as Ireland but i’d say England gets a lot more wind than Ireland and probably more varied conditions in England.  There is a lot more starboard tack days than Ireland and I love starboard tack wave sailing.  My wife is from England and also I have a full time job in England so those factors probably dictated where i live more!

Continentseven: How can you keep the level. You have kids, a job, a wife, a lot of responsibilities? And you land Forwards off the lip and Goiters in the wave. How great is that?

Timo Mullen: Ha ha, thanks I’m pretty stoked to land those moves, they take a lot of practice!  I set myself goals in my windsurfing and my goals are to keep my level as high as possible, since I was young I have always wanted to try and land the moves the best guys in the world are doing, jumping is harder as the chance of injury is higher and the risk and difficulty I believe is higher but with wave riding i look at what the guys are all doing and i want to copy it. To learn these new moves though needs a lot of practice, my friends who I sail with will testify to the amount of wasted waves I have by just flying down the line and trying these new moves, I literally try 1000’s to get it right, I think that is a lot of windsurfers mistake, they try a few then go back to the same routine.  If you want to learn a new move you have to try 1000’s to get it right unfortunately, well at least I do!!!  My goal this year is to land a back loop off the lip on port tack, I’ve tried a few and know what I need to do and I know I can land it which is important to have that belief, I just need the right wave, it has to be hollow and cross off and we got plenty of those in Ireland and Cornwall so fingers crossed.  I figure that if my level is still relevant to todays windsurfing then hopefully someone will keep sponsoring me, not by the amount of Facebook likes I have!!

Continentseven: Gwithian, your actual home spot, has all what you are looking for. It’s well known since the Storm Chase finals in 2014.

Timo Mullen: Yeah Cornwall is pretty special, but what i found with Cornwall is you have to be there almost all the time to score the really good days, they sneak up out of nowhere but i guess that is the same as anywhere.  Our house is about 40 seconds walk to the actual beach so we made sure we were ready!! 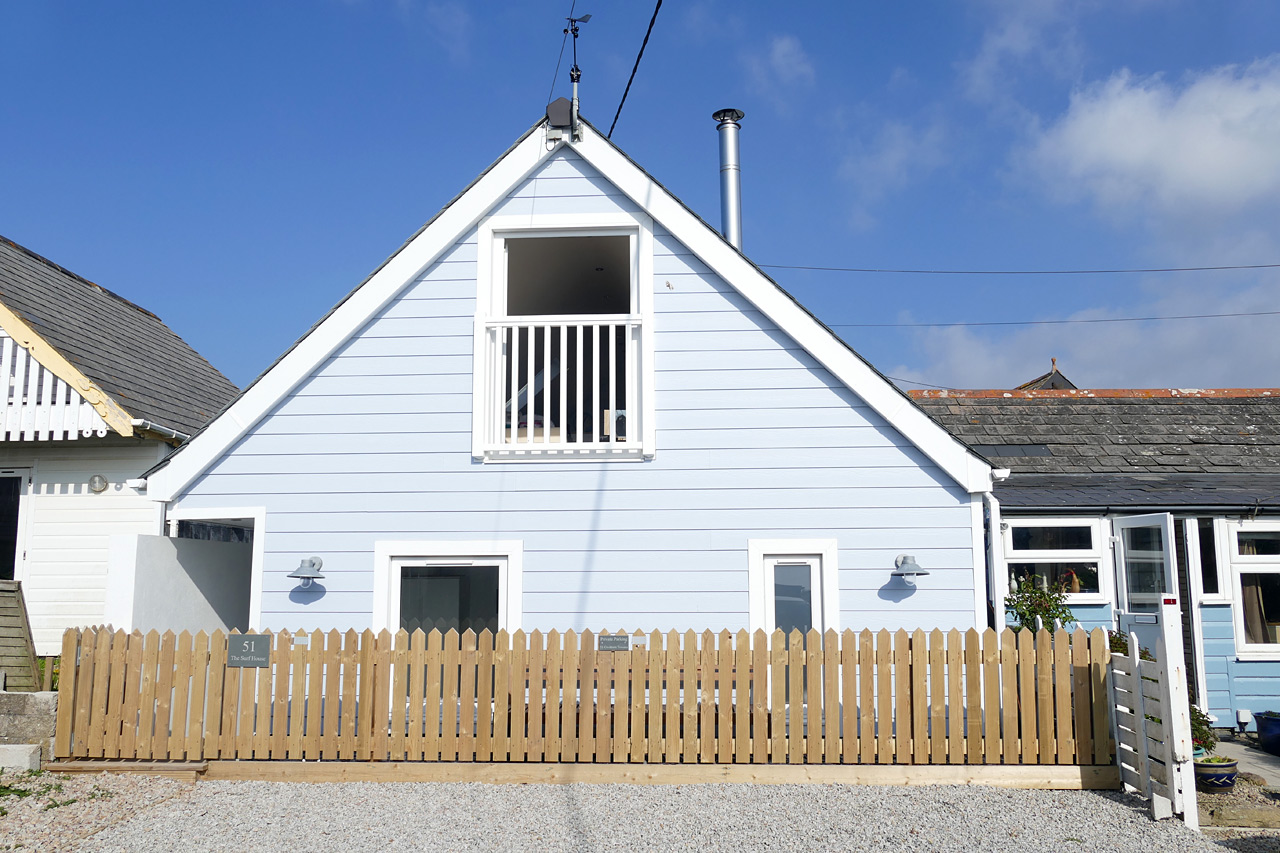 Continentseven: When did Tam film the action of your latest video?

Continentseven: It’s great to see how clean the waves are in England and Ireland. What’s the best time in the season?

Timo Mullen: Yeah the waves are pretty epic but I ain’t going to lie by no means are the waves and wind always like that, you can get skunked big time, i’d always say October was the best month but this October was terrible for wind, we had great surf but the wind was pretty bad.  I’d say September  and October are best months to visit as it is warmer but to be honest all winter is best.

Continentseven: Are the spots crowded?

Continentseven: Foreign windsurfers to England or Ireland. Which spots would you recommend particularly?

Timo Mullen: England is easier, but I’d visit Scotland if I was coming to England. The windsurfing up there is probably the best of all the UK.  Ireland you have to be up for the adventure and the driving.

Continentseven: You travelled the whole world chasing wind and waves. From South Africa to Western Australia or Maui? What makes your home turf so special?

Timo Mullen: I think I like the seasons in the UK, the peace of summer, then the change from Spring and Autumn to the unpredictability of Winter.  The seasons almost let you remember you are alive and the unpredictable conditions keep you so hungry for windsurfing.  We also get to sail both tacks a lot so it doesn’t make you into a one trick pony that only can sail one tack.  I’d say though the biggest thing that makes my home so special is that my family are around me.

Continentseven: What gear are you using most and how thick should the wetsuit be?

Timo Mullen: In this video I was just using a 3/2 wetsuit, the water is pretty warm in Cornwall, in Ireland I was a bit nippy in a 3/2 but it was OK.  Gear wise I had just got my new Starboard Ultra Kode boards, I’m using a 93 and 80l boards.  In the Ireland sections I’m using a thruster set up mostly, but then I started riding them as quads more, which I have been doing ever since but i’m going to keep trying different set ups more.  I think as a thruster I need a more flexi fin so K4 have sent me a few to try out, but I think from sailing quads for so long I’m use to the quick response on the wave they offer, I love my new boards especially the 93!  Regards rigs I am using the best sails in the world Severne, they are lighter again this year and feel amazing , I’m really really happy with my Severne set up!!

Continentseven: Did you watch the Aloha Classic live stream. Pissed not to attend the event or are you done with events?

Timo Mullen: I love competing , I’ll hopefully compete this weekend at the BWA event in Cornwall but competing takes up too much time from my job so I find it difficult to then justify the time to actually windsurf when it is good! Take the PWA in Europe this year I sailed pretty much the whole time they had no wind, that would have driven me nuts personally had I been sat at those locations waiting for a contest, but I guess that is their job. My sponsors are happy to see me do what I do so I have no pressure to compete as long as I am doing good things elsewhere that benefit them.

The Aloha was amazing, so much respect for those guys. Ho’okipa when it is like the first few days is brutal, the camera cannot really show that, the current is like a river, the waves are bouncy, like normally hardly anyone would have sailed Ho’okipa on those first few days but the guys were just killing it, everyone was!  Was I pissed not to attend?  Not the the first few days, i’d have destroyed everything and looked like a total kook, but when it cleaned up on the last day that was perfect Ho’okipa and yeah I was a bit jealous but the pro sailors earn their money at this event they all showed why they are the best in the world it was great to watch.

Continentseven: What was your impression on the event? Did you expect Kevin to be on top?

Timo Mullen: The level was sky high, I thought Bernd would do well, he rips if it is big or small but I was surprised at Kai Lenny he killed it, so much speed throughout all his moves.  Did I expect Kevin to be on top, you can never really count Kevin out anywhere, he rips in anything but Ho’okipa is his local spot so this was one place you’d expect him to do well, he is pretty much always one of the stand out sailors at Ho’okipa and he wants to still land all the new moves.

Continentseven: Your next trips planned?

Timo Mullen: That is me done for the year, maybe a quick trip to South Africa before XMAS but right now home is firing and the only place I want to be is ready in the UK and Ireland to tackle whatever the winter has to throw at us!