Balz Müller, his two brothers and Jeremy Plüss from Switzerland spent a full month in South of France during spring 2013. The conditions were great, windy almost every day. They even sailed during the night and Balz almost tried to land a few new moves like a Spock into Willy Skipper or a Shaka into Spock. He as well lands massive Konos or Flakas into Shakas, rotates into double Forward Loops or stalls a Forward over the Ramp of WeshWesh at Leucate. Just crazy and stunning! Watch the 9 minute long clip and enjoy the great action. Many times they filmed the action really close, what gives an exciting view on the newschool freestyle tricks!

Balz Müller, his bros and Jeremy Plüss with rad freestyle action from South of France 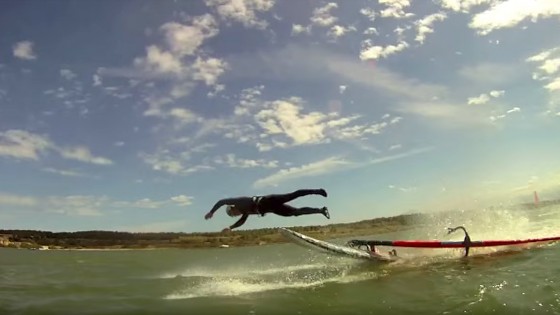 Balz Müller, brothers and friend in Southern France during spring 2013

Best freestyle video ever! But Please help me guys: I absolutly need this damn sweet song during their night session!! Has anyone an idea please! Would be awesome, thanks (:

Tottaly awesome! That’s how it’s supposed to be done!