So, I arrived in Cabarete two days ago to take part in the Pablito Guzman’s 2010 Cabarete Classic. During the event I will be taking part in all 3 disciplines the event will feature: freestyle, slalom and long distance. Competitors from many different countries and many different age groups have descended upon Cabarete Beach to take part in various disciplines of the event.
I’ve seen a group of young slalom racers from Curacao training already, a few Canadians, some Americans as well as some Europeans. It looks like every fleet here will be competitive and that it will be difficult for any one racer to dominate.
In the freestyle category the level is also really high. Lots of young windsurfers are really into it here and I was pleased to see such a big group of kids really motivated to hit the water and try some moves before the competition. Standout coming up to the event has been Stephen Max from Curacao, who is the current Starboard ProKids World Champion. 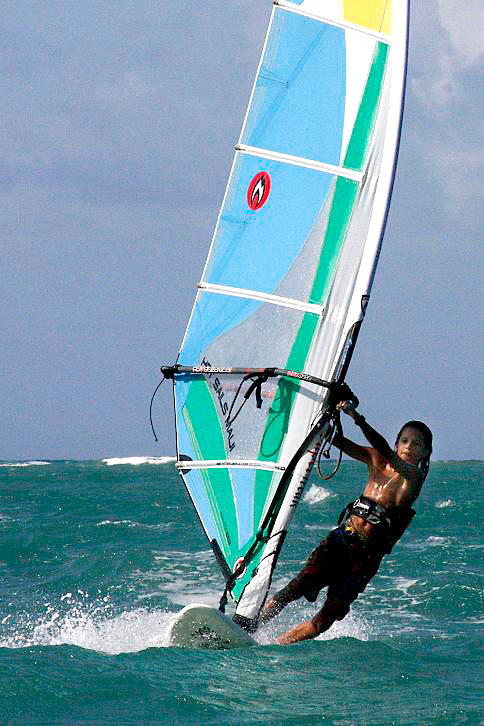 In the open freestyle category in which I will be competing life will not be easy. I saw quite a few guys already throwing down some sick moves, especially the local defending champion from the event “Chivo”. 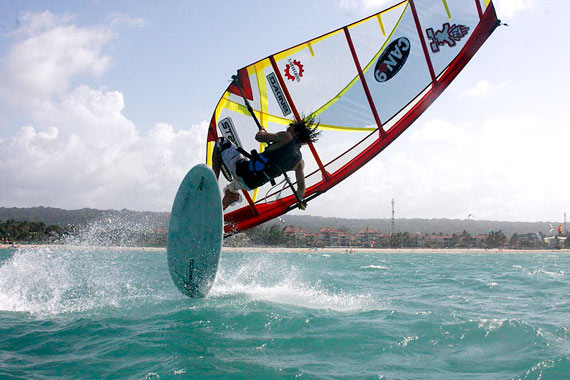 Phil rotates through a nice Spinloop.

Tomorrow is the first possible start for competition, so everybody has their fingers crossed for good wind and a great start to this event.
Check out the event website here: Cabarete-Classic.com.
And keep an eye out on continentseven for daily updates from Cabarete Bay by Phil Soltysiak or pass by Phil´s website!!