THE NEW 2010/2011 CARVE Starboard is reintroducing the legendary Carve. The board that for many defined freeride in windsurfing is making a comeback this season, plugging the gap between the racing-inspired Futuras and the progressive GO. 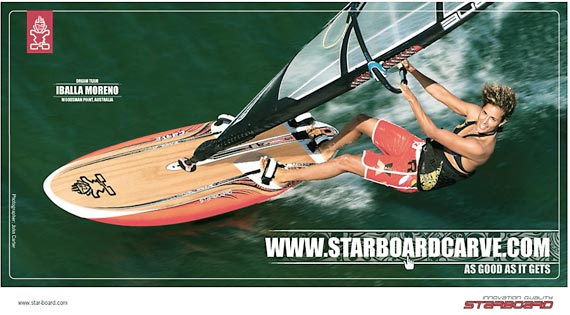 According to Starboard, the new Carve is all about plug-and-play easy freeriding. They’ll continue to be comfortable, maneuverable and a joy to jibe. Especially important for the Starboard R&D team were the ‘magic touch ride’ and the easy planing aspects that made the original series so iconic.

Shaper and designer Tiesda You explains: “The hardest part in the R&D work of the new Carves was to bring that magic touch ride that people love. Sometimes an exciting, sensational ride is more important than more quantifiable parameters like top speed and static weight. The jibing aspect was obviously also very important in our R&D process, so we made sure that all three designs really do carve beautifully. The third key design parameter was the easy-planing aspect. If you look at the length-to-width ratio of the new boards, they are pretty much the same as the original Carves. The feedback we received from the market, from shops and distributors worldwide was that we needed a line of freeriders that were exciting and easy-planing machines. Just like the Carves, we asked? They said, yes, just like the Carves. So how about bringing back the Carves, we asked? And they said yes, why not? And so here it is.” 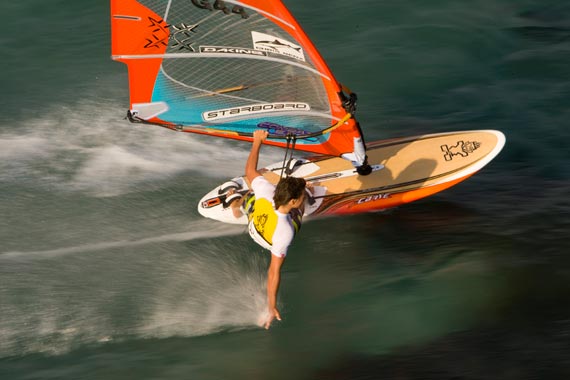 Philip Köster is blasting on the new shape.

Three sizes are available: a 121, a 131 and a 141. The new Carves are available in Wood Technology and Tufskin. The Carves are also on a two year product cycle, hence their designation as 2010/2011 Carves. For more product information, visit the dedicated Carve website!

Iballa Moreno, the new teammember, rides the new Freerider in in Western Australia.