Jan Andres, owner of the Flisvos Sportclub, just informed the EFPT back-office that the Naxos Prince of the Wind has to be canceled due to a lack of financial assistance from public funds.
The European Freestyle Pro Tour 2010 ends, after 4 events, with Steven van Broeckhoven (F2/Gaastra) on top. After 2009 the Belgian top rider is crowned European Freestyle Champion for the second time in his young windsurfing career. Nicolas Akgazciyan (Starboard/Gun Sails) becomes vice-European champion, and on third place, and for the first time on the overall podium, is Davy Scheffers (Tabou/Gaastra). Congratulations to the top 3 and all the other riders, who competed on the European Freestyle Pro Tour in 2010. 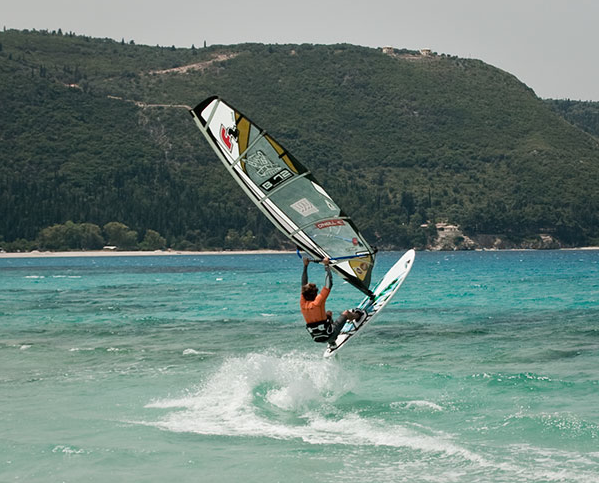 “For the European Freestyle Pro Tour now sails are set for 2011. Although the season 2010 was, talking about the number of events, a small season, we saw at every event innovation and positive development. It was the first time that the tour was part of the famous Mondial du Vent in Leucate in April 2010. Podersdorf was, again, pure celebration of freestyle windsurfing and was held as a regular PWA event as well. The Sardinia Freestyle Grand Prix proved that the skills of European riders are virtually endless and at our very last event on the isle of Lefkada the European Freestyle Pro Tour was one of the first ever windsurfing event broadcasted live on the internet. The event as well saw competitions at two different spots, at the beach of Vassiliki and the beach of Milos.
Concentrating on our core strength – letting converge the best European riders, the best European spots and the world`s leading windsurfing brands – we will present you our new European Freestyle Pro Tour dates for 2011 around the turn of the year. So far, the first talks are on it´s way. We will keep you all updated on efpt.net and on our facebook site,” the EFPT management announced today.
The full results of 2010 you can get under following link!
1. Steven van Broeckhoven (740 points)
2. Nicolas Akgazciyan (530 points)
3. Davy  Scheffers (360 points)