Hugo de Sousa and Loick Spicher set out from Brazil for a shared mission.  The 17 year old Hugo de Sousa from Brazil, who has made a name of himself with his outstanding Air Moves, was not able to show his skills in the difficult gusty and choppy Fuerteventura conditions during the PWA events last year. To get closer to his dream, becoming World Champion he’d have to train more and get more consistent in his moves in all kind of conditions. Together with the Swiss windsurfer and his friend Loick Spicher and the support from Pousada Windjeri he has now the possibility to train at different windsurfing spots and to travel to the freestyle events. Read Loick’s third update, this time from Adicora and El Yaque.

And don’t miss to watch their first video episode, too:

March has been a great month for us here in Venezuela! In the first two weeks we went on a trip by car together with Gollito and another friend. After taking the ferry from El Yaque to Puerto la Cruz, we drove all the way along the coast until Adicora. The highlight of that really long and tiring driving was when we had to stop on the main road due to political protests. We were driving at night and hoped to pass by the big towns without a problem when at 4.30 in the morning the police stopped and aksed us to wait. The policemen were telling us that they were using molotow cocktails and other stuff overthere and that it wasn’t going to stop so quickly. After waiting more than an hour we decided to drive back and take another road. Close to Adicora we were passing by the famous “los Médanos” sand dunes, which are very impressive and beautiful. 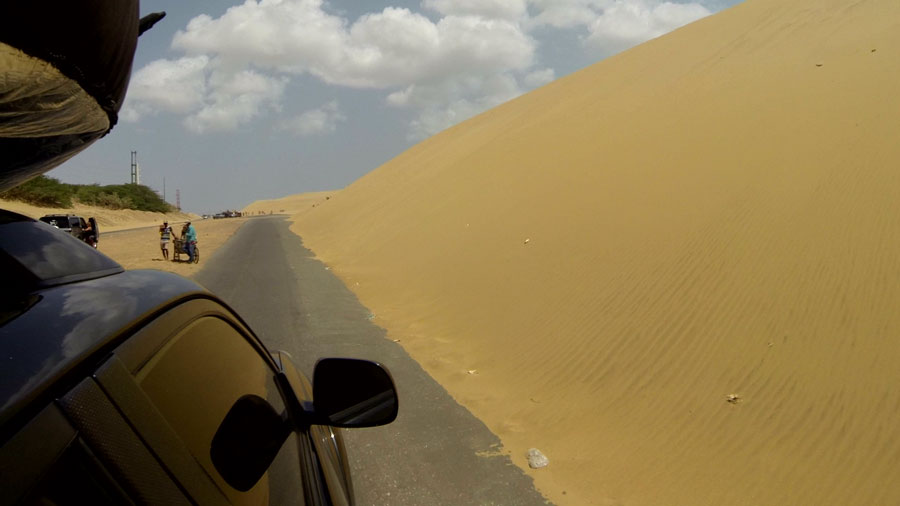 Adicora is a small but chilled fishermen village situated on the coast of Venezuela, close to Aruba. We trained some days at the front beach which offers sideonshore conditions. The wind conditions were quite strong and some nice waves were breaking. It is really nice for jumping and really good to train powermoves over the waves. On the inside there is flatwater in between the large spaced wave. The only tricky part is that the water on the inside gets really shallow and makes crashing dangerous! As for accomodation, we stayed at the pousada of “Chicho”. I really recomend this pousada, it’s really relaxed and offers lot’s of comfort. The owners are Italian and do a great job. 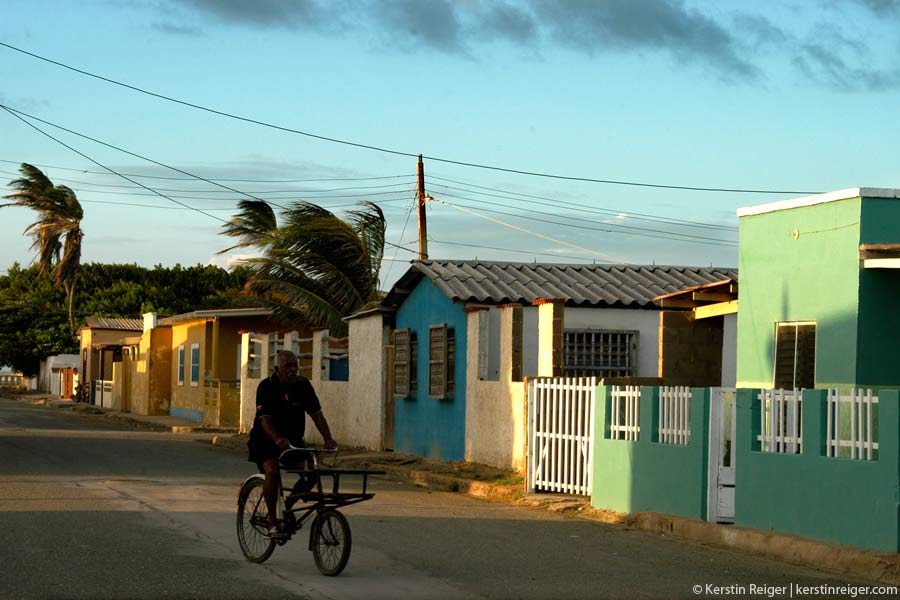 In the end of the other week, the second national championships of windsurfing and kitesurfing took place. This time there were even more participants and a whole bunch of youngsters! The event had a super great organisation and was comparable to a worldcup event! The conditions weren’t that easy for the riders as the wind was pretty light on those days, but runs and results could be made in each category. In the men’s salalom division it was Gollito Estredo who took the title in front of Cheo Diaz. As for the Junior’s category Hugo won his second consecutive event although this time, it has been a really close call between him and Wuilder, another young and skilled rider from El Yaque.

The things we like most about Adicora are the people and it’s atmosphere. The people are so friendly and the place is so relaxed. I felt very good there and will definetly make another, hopefully longer trip there next year. After a great event, a great time, meeting lot’s of new people and good windsurfing, we took our way back to El Yaque.

Once back in El Yaque the wind started howling every single day. We rigged our 4.2 and were sailing nearly one week overpowerd! We mostly went down wind at the flatwater spot to train together with the other Pros. Steven Van Broeckhoven was there, Philip Soltysiak, Cheo Diaz, Gollito and more. The action on the water was just crazy! During a session, Air Skopus and Air Kabikuchis were the main moves executed. Hugo was firing it up while pulling them really high and rotating them fully in the air. The ones from Gollito and Steven were crazy too. Our friend and photographer Alain came by to take some nice shots of that action.

By the end of the week we went even more down wind and ended up at an actually pretty cool wave spot called “Punta Carnero”. The location is beautiful and it’s just fun riding there. Some nice ramps werde building up that day and Diony Guadagnino and Gollito were pulling out double Forwards, big Backloops and Pushloops on 4.0 conditions. 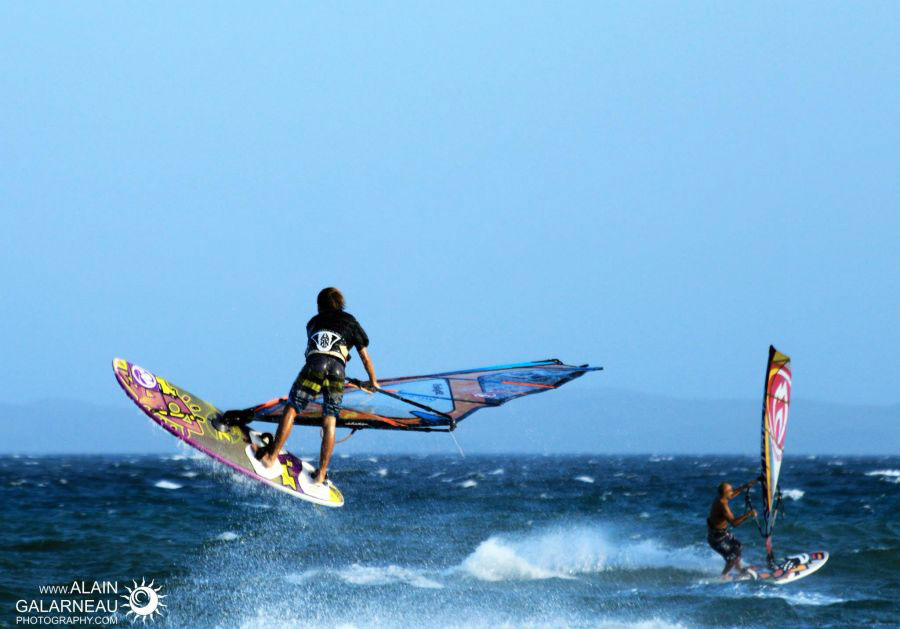 Our last week was a bit less windy so that we spent our time more with friends, making excursions and celebrating Gollito’s and another friends birthday. On the light wind days we even went kiting and had lots of fun practicing once another watersport. The funniest part out of it was when Hugo, whose kite didn’t want to go in the air anymore, just let go his rig and swam back like crazy and as quick as possible to the shore. We were all surprised at the beach and were asking us what was going on. When he got to the beach he was exhausted and pretented, that he just had seen a shark minutes ago. Well if there was one or not stays a mistery, but at least, it has been a really funny scene.

Our trip in Venezuela took it’s end last Friday. We loved our stay, loved the people and had a great training. Hugo was able to train in many different kind of conditions, which was one of the main goals of our trip, from choppy water, to waves and flatwater, but also the wind was always different: gusty, steady, light or strong. All this variety of conditions made it a good training and we’ll definitely be back soon. We hope that the country will find way out of the actual problems and gets better soon… Fuerza Venezuela!

As for now we are happy about being on the paradise island itself for Freestyle Windsurfing… Bonaire! The forecast is crazy, the wind is on and the action can begin!

A first video episode from Venezuela and Brazil is already online: VIDEO

Thanks for following us!! Loick