Every July/August the big windsurfing brands introduce their next year’s board/sail ranges. One of them is Starboard and they introduced their 2016 Wave & Freestyle range including the Reactor, Quad, Kode Wave, Kode Free Wave & Flare. No NuEvo and Black Box anymore for 2016. The board designs got definitely more colorful and the wood shines stronger through the deck in the wood constructions.

Starboard: “We hope you’ll enjoy discovering our 2016 boards and what makes them the most advanced, highest performance wave and freestyle boards. All-new Kode Waves will have you going faster, jumping higher and surfing with more control. The classic Quads will make you aspire to turn like their designer Scott McKercher, with the most connected feeling to the wave. The new, revolutionary Reactors with their unparalleled reactivity will open your eyes to another world and enable you to draw new lines in all conditions. The all-new Kode FreeWaves also see their wave performance improve without losing the speed they’re famous for and a new, bigger Kode 109 is introduced for lighter days or heavier riders. The new Flares have been refined by the world’s best freestyle team around Taty Frans while keeping recreational freestylers in mind. They will pop with ease while being fast and reactive, allowing to do your first Spocks or reach the next level with clean, high Konos and Culos.“ 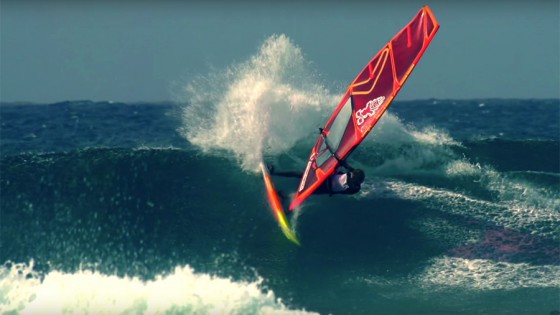 The classic Scott McKercher design will bring a combination of speed, flow and power to your surfing for the most connected sensation to the wave. They produce powerful yet smooth turns when driven off the rails. The board is available in 7 sizes from 69 up to 100 liters volume and in two constructions, in Wood Reflex and Carbon. Custom-made blue on blue painted graphics for an unique look. Last year, the Quads under went subtle changes producing significant improvements in performance. Vee was brought forward of the fins to facilitate cutbacks. More outline curve was added between the straps for some models to allow for quicker and more vertical turns. 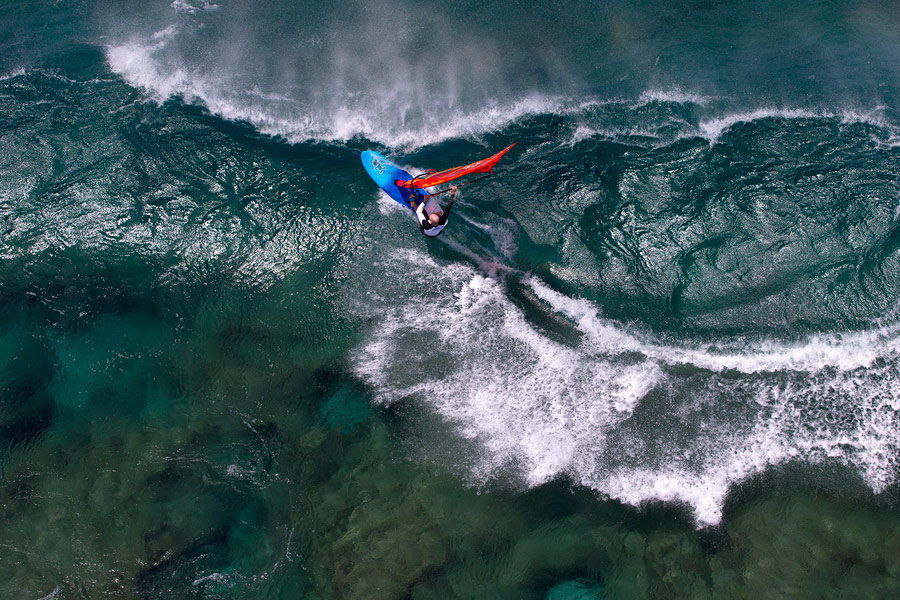 Reactor – a step forward in wave board evolution

Available in Carbon and Wood Reflex, in five sizes from 79 up to 99 liters. 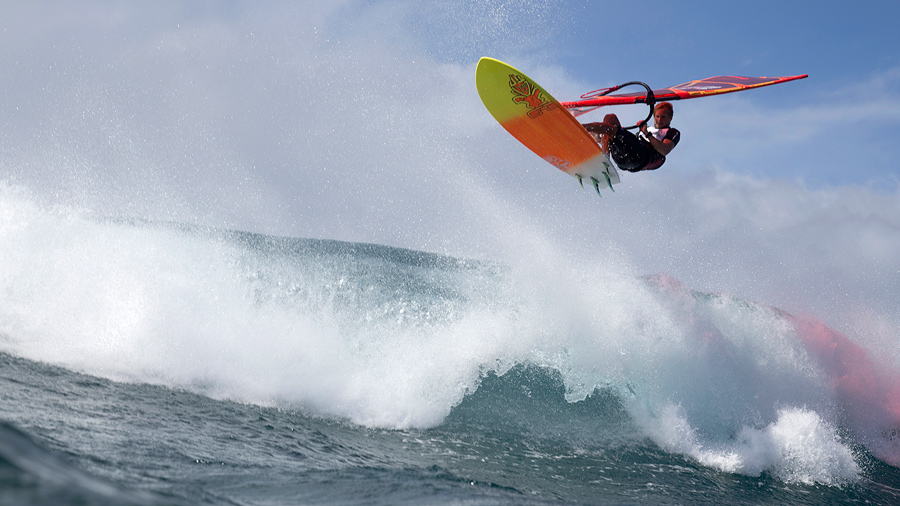 The all-new Kode Wave will take jumps and waveriding to the airs, whether you are starting out in the waves or already have a few PWA World Champion titles like Philip Koster or the Moreno twins Iballa and Daida.

The new 2016 Kode Waves are now more consistent across the range, with the Vee brought further back into the mono-concave for a smoother initiation of the bottom turn and rail-to-rail transfers. Rails and rockers have also been refined for speed and maneuverability and the sizing denominations have been adjusted.

Available in Carbon and Wood Reflex in 5 sizes from 73 up to 93 liters. Painted red and orange custom graphics that really stand out on the water. 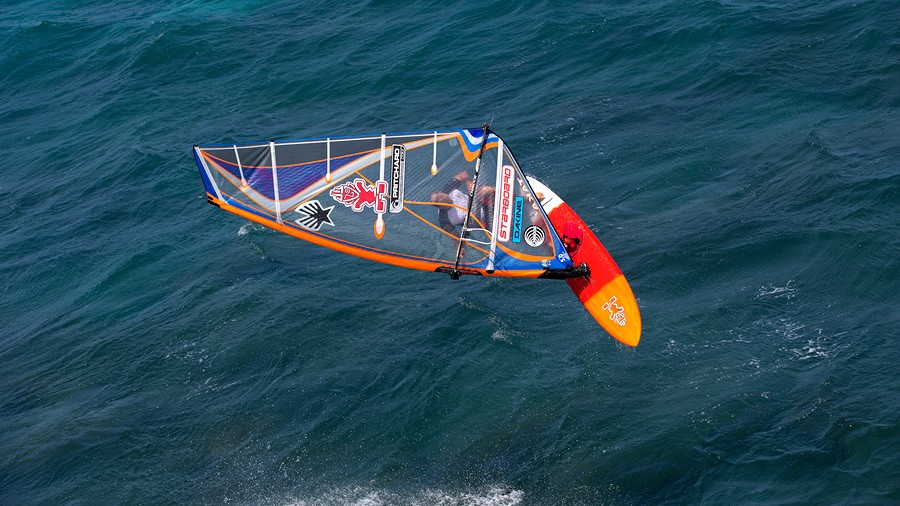 Kode FreeWave – All-new for a broad range of conditions

The new Kode FreeWave is the fast and versatile board for flat water, chop or waves. The new rocker, thin rails and thruster setup come together to boost the board’s wave performance without sacrifices on top speed and traction. A new Kode 109 is available for bigger riders and light wind days. All Kode FreeWave are delivered with a thruster setup. The bigger models also come with a single fin and plugs.

Available in 3 different constructions in Carbon, Wood Reflex and Technora Reflex in 5 sizes from 81 up to 109 liters. Red and orange custom paint graphics for high visibility on the water. 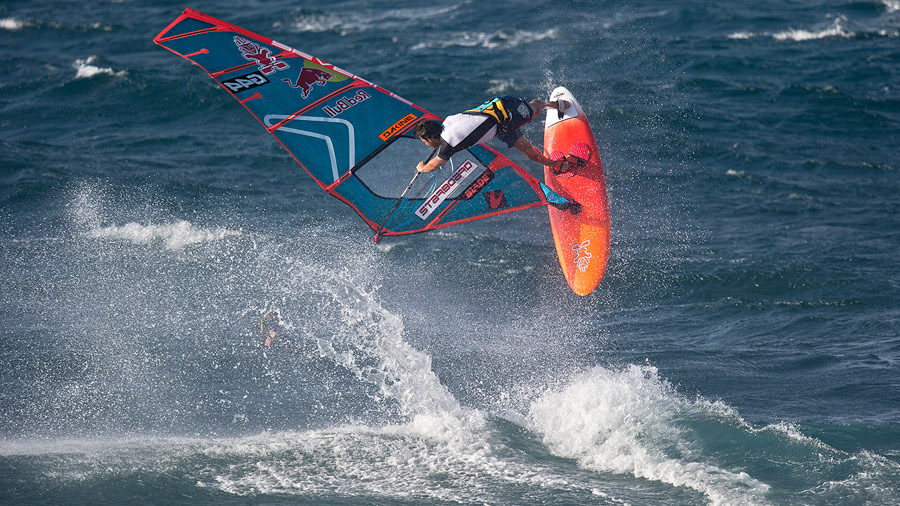 Designed, tested and refined by the world’s best freestyle team. They’re pure freestyle boards that pop easily and respond instantaneously. They’re fast, compact, reactive and light in both sliding and aerial maneuvers. The new 2016 Flares have a thicker tail, with slightly softer rails in the front which allows them to be more comfortable and forgiving, without sacrificing speed. They are also shorter and wider. Compact, balanced and reactive. All sizes come with a new Powerbox and the Drake Ready to Freestyle fins by Taty Frans.

Available in Carbon Reflex construction only, in 4 sizes from 81 up to 111 liters, painted green on green custom graphics. 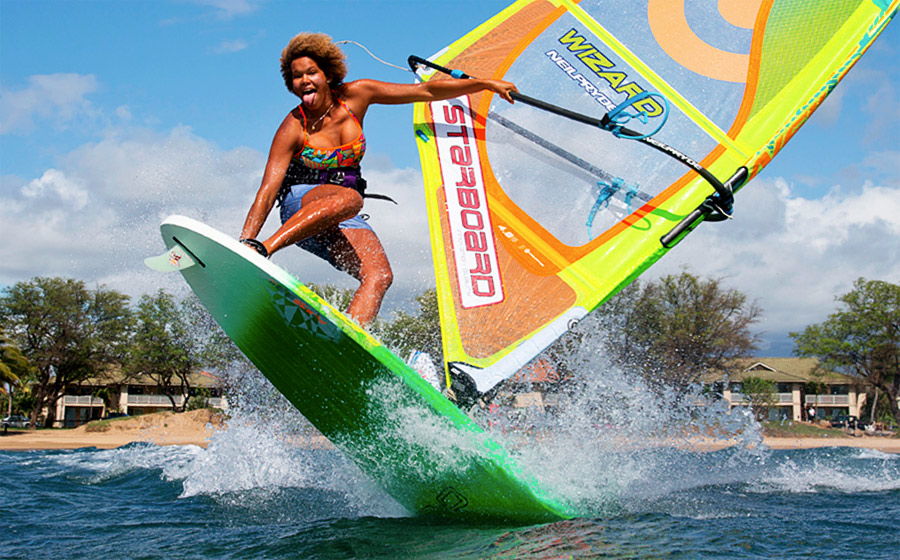