The end of the year 2021 and the first months of the new year 2022 is the time when plans for the upcoming season are made. Let’s see how many changes will happen due to the still existing Corona pandemic and its effects. Still we receive news about sponsor changes.

But there will be riders and the companies signing new deals. And some changes and news are announced already. If you know some changes or rumors, please feel free to drop us a message to info@continentseven.com. 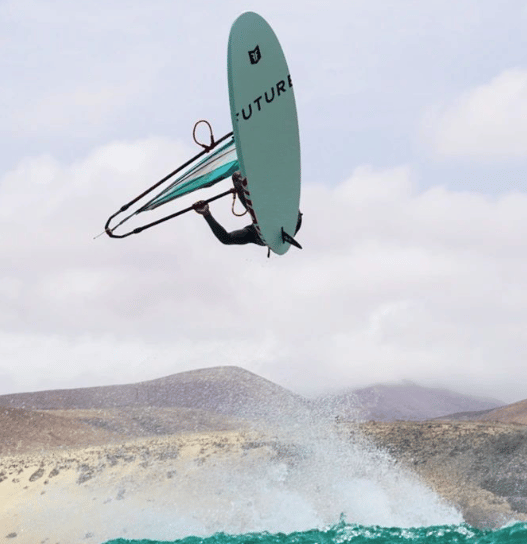 The latest news: German wave windsurfing pro Leon Jamaer left the JP-Australia team after more than 8 years in the international team (Leon had great results on the World Tour and especially in the Red Bull Storm Chase) and joined the Flikka Team from Slovenia. The German just posted “Lets’s Go” on his insta account. He now will be a team mate of Cabo Verde 2022 champ Bernd Roediger. 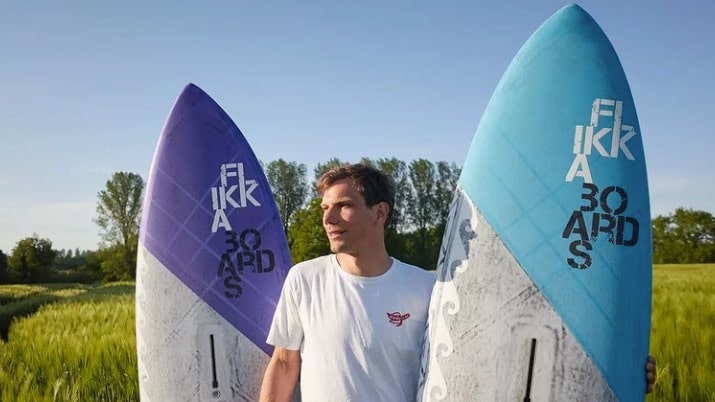 Dutch racing pro Ethan Westera from Aruba left GA-Sails after 10 years of collaboration and will ride for CHS (Challengersails). He started with an excellent result at the Defi Wind (15th overall). In the team with Maciek Rutkowski he will work hard developing the racing products and perhaps even the freestyle sails. Ethan is a great freestyle windsurfer, too! 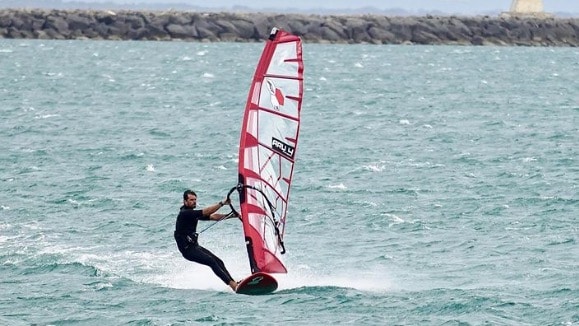 French rider Cedric Bordes (37), who worked for the GA-Windsurfing and sailed in the racing/slalom discipline on international level for more than a decade, will ride for Severne Sails in 2022. But he will stay on Tabou Boards. 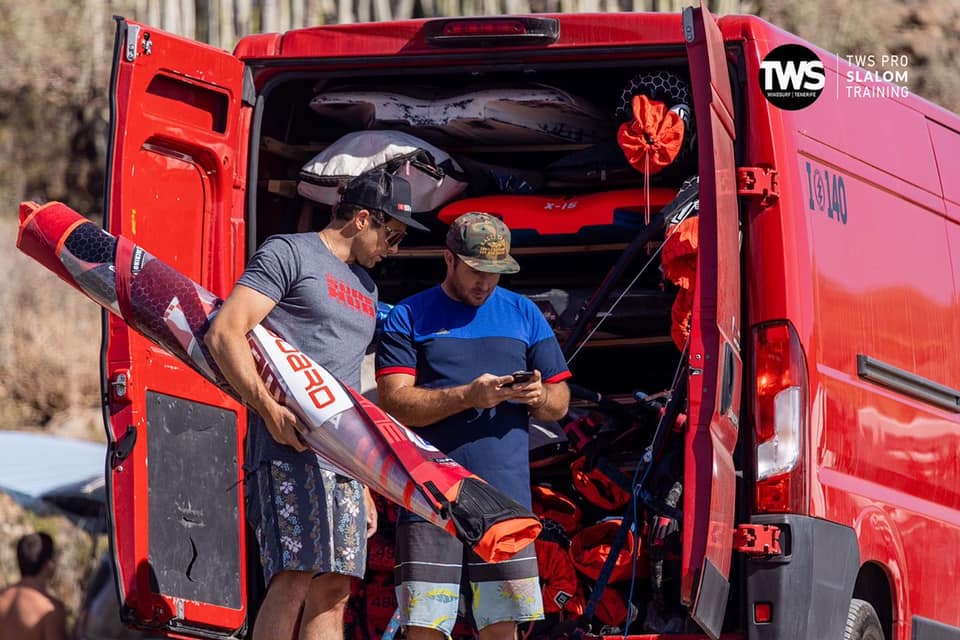 French wave windsurfer Alex Grand-Guillot (24) rides for Loft Sails. He is not on FANATIC/ DUOTONE anymore, after 8 years of collaboration. The latest news: Alex announced his change to Starboard during the PWA Wave World Cup in Cabo Verde. 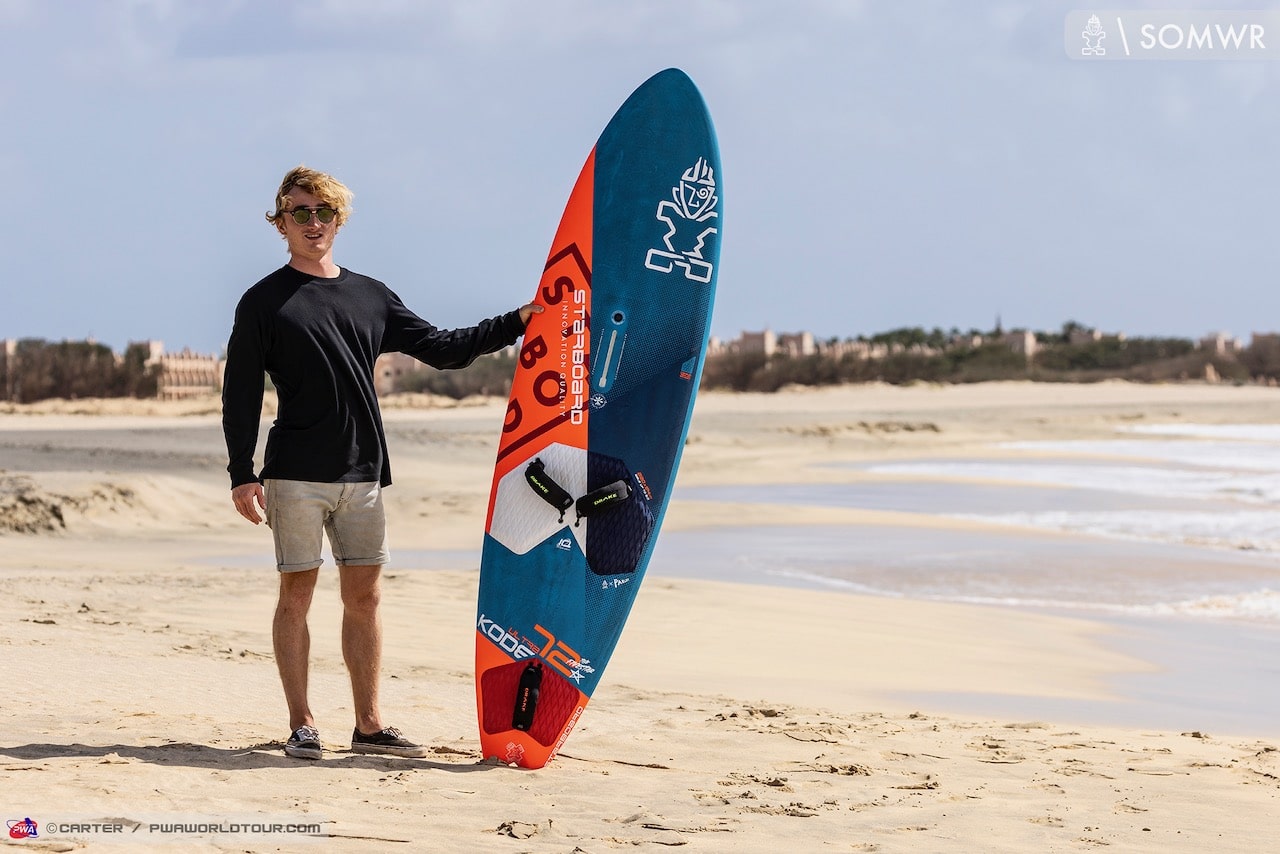 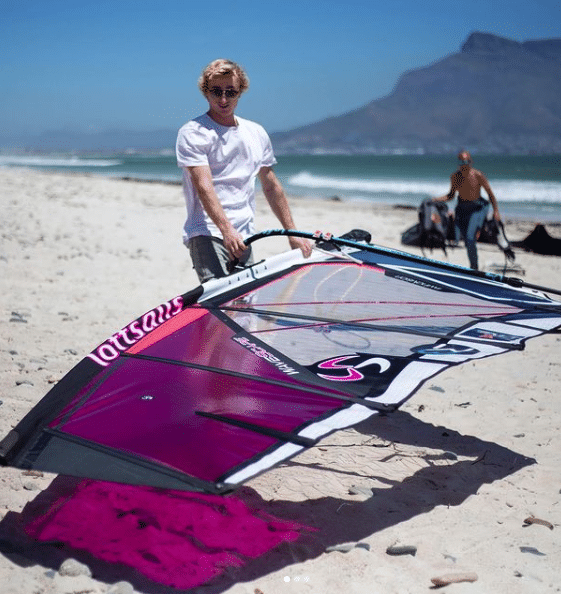 German freestyle windsurfer Meiky Wieczorek is the latest addition to the Starboard Windsurfing Team. Meiky, who once tinkered with his first moves on the 60l ProKids Flare, is switching from Severne Boards “back” to the DreamTeam. Born in Munich, he now lives at Lake Garda and rides the spots between Malcesine, Torbole and the Surf Hotel Pier in summer and winter. 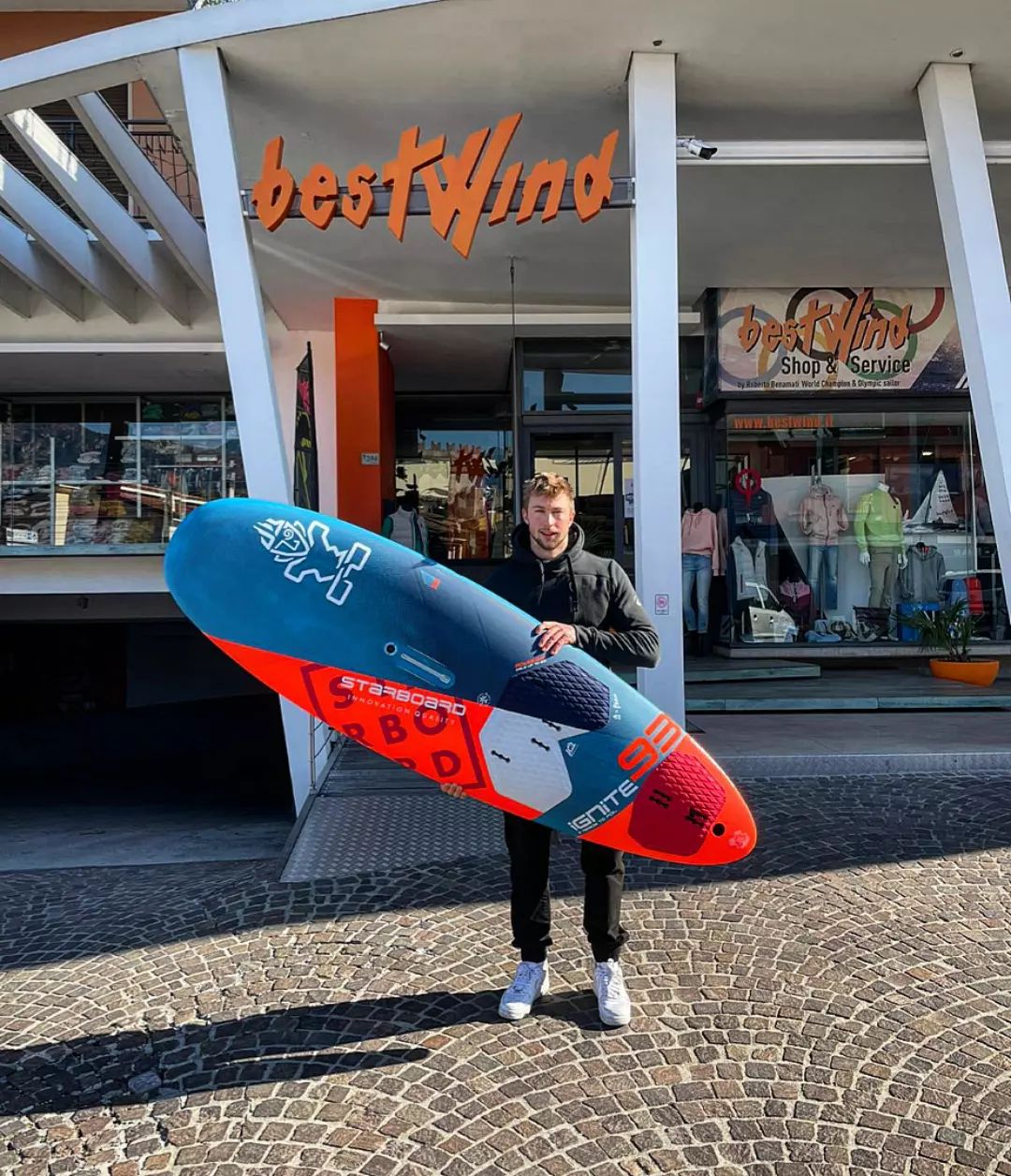 Meiky Wieczorek rides for Starboard in 2022 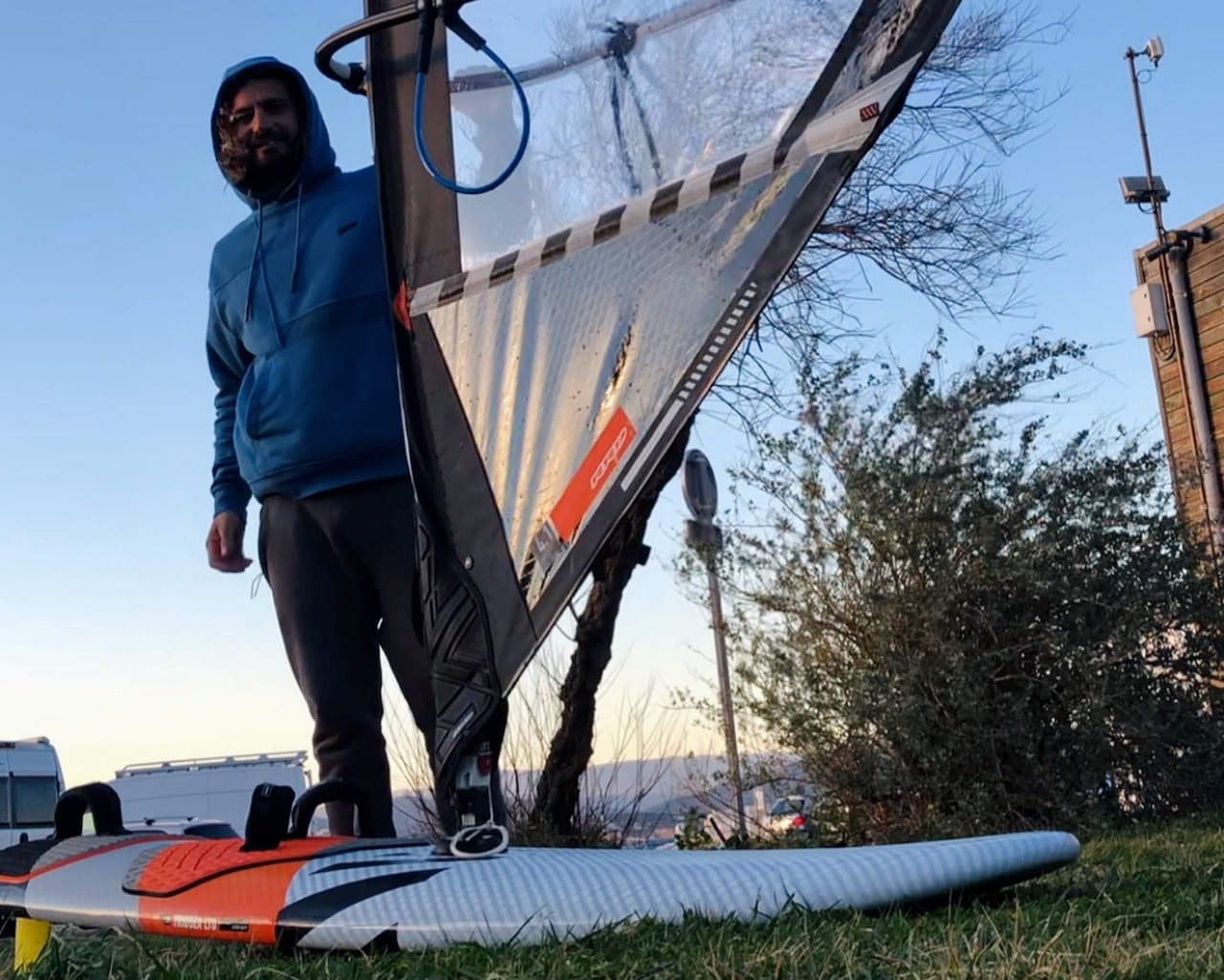 Every good story come to an end in life. Even if the friendship will always be there it’s time to say bye to a 16 years partnership with Quatro. I couldn’t be here today without their continual support since the first day I met the team for my first junior aloha classic in 2005. Huge thanks to all of you and the ones behind the scene, too. Future is still bright, more news coming!! Camille posted on instagram 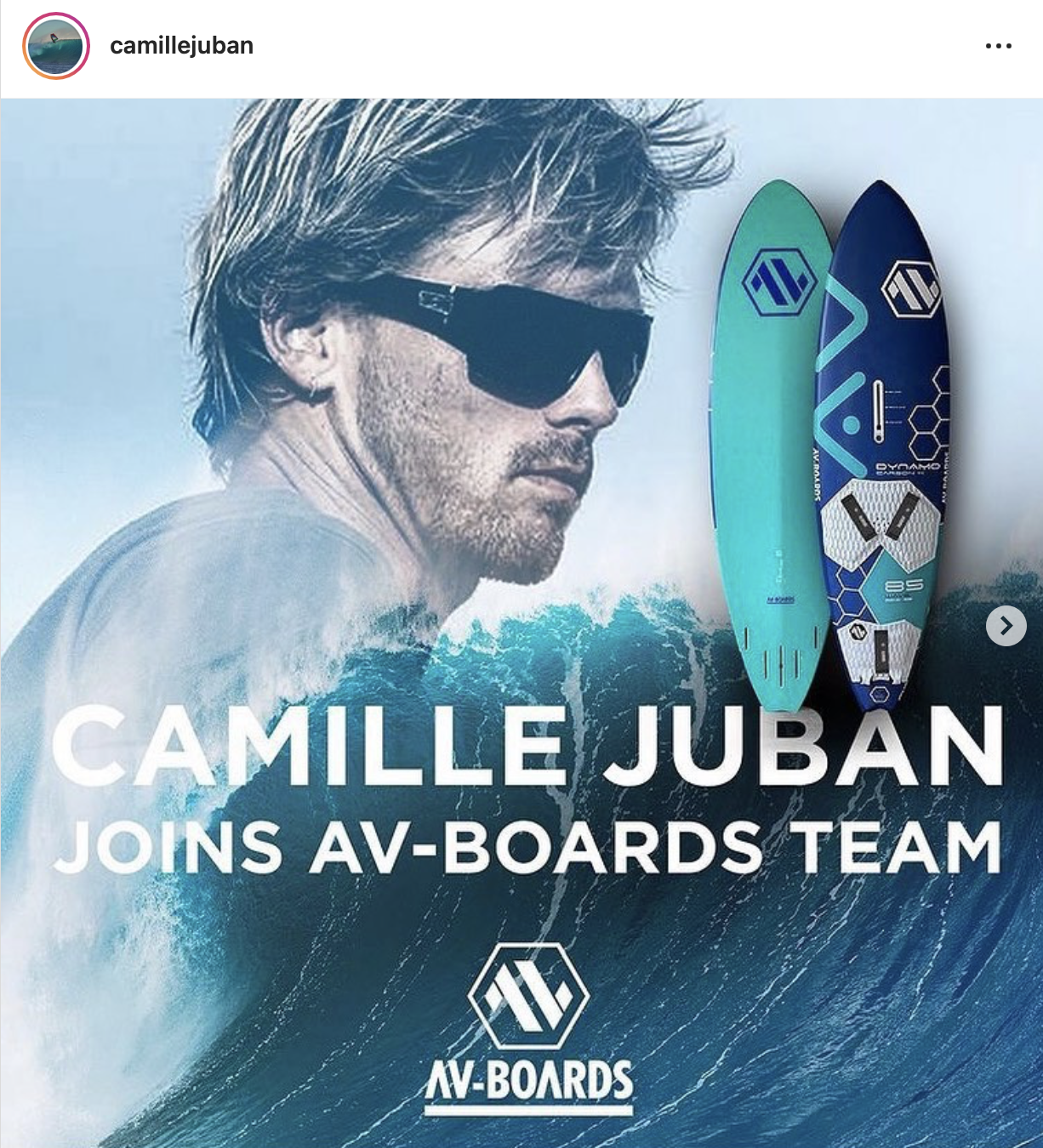 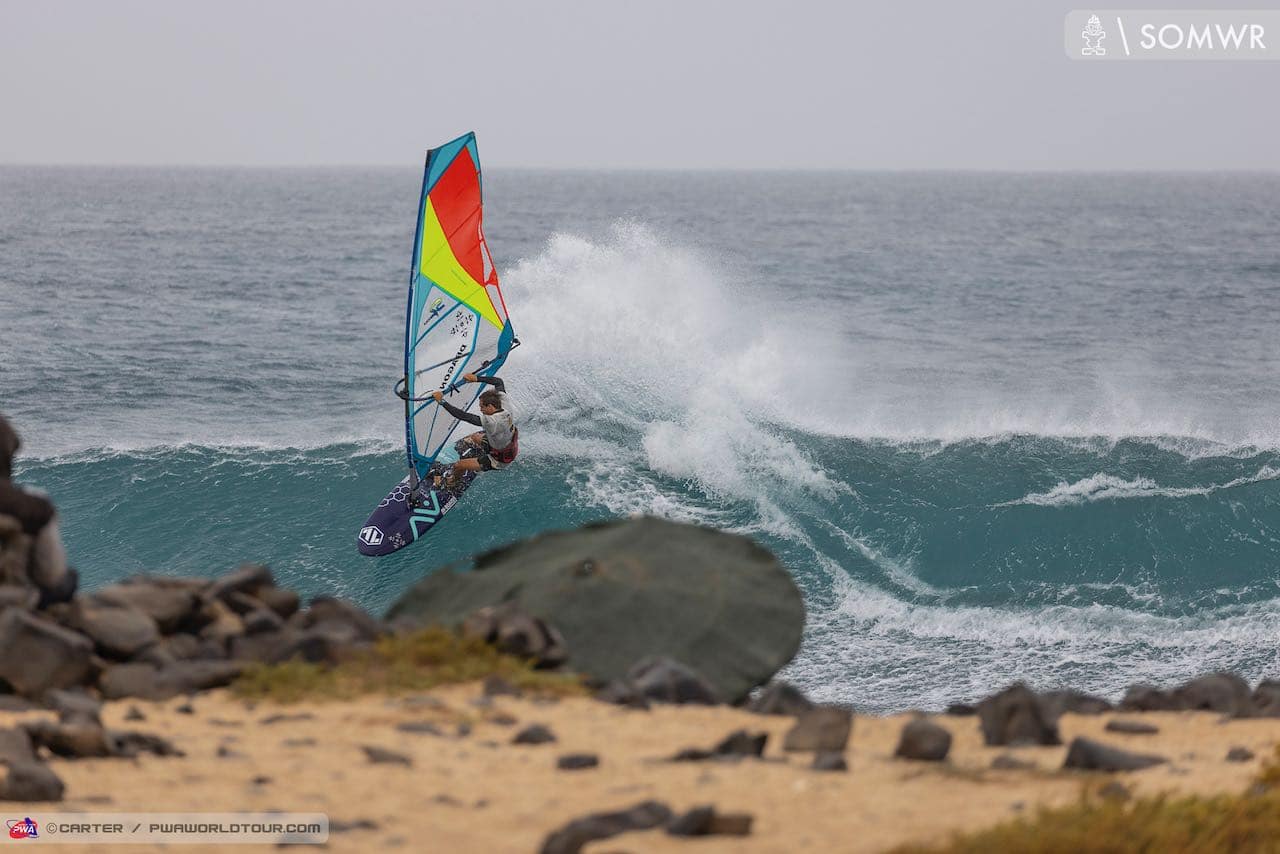 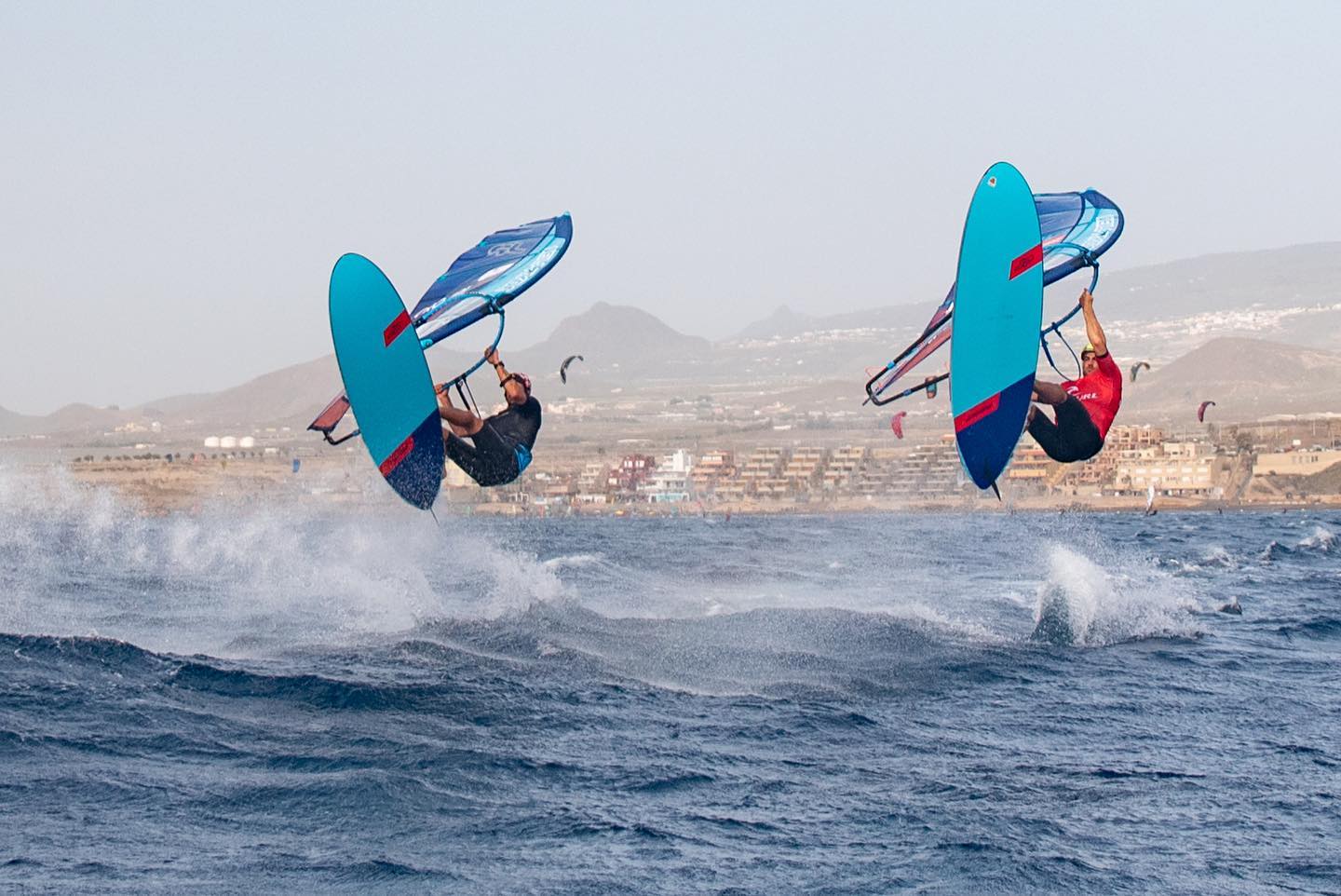 I am very happy and grateful for this opportunity and look forward to putting the equipment on the water here in Tenerife.With a team like this I feel more ready than ever for the upcoming season. Ennio Dal Pont, ITA-465

Pozo local Josep Pons is going to leave the Italian/German Boardbrand I-99 after three years of collaboration. He was not only a teamrider. He was heavily involved in board testing and development. Will he ride on the CS Custom Boards by Carlos Sosa, who is back in business since 2018? Carlos and Josep developed boards for I-99 and now for their own board line.

Thank you i-99 for your support during these last three years. You are a great team, professional, serious and above all very good people. It has been a pleasure and a nice experience which I will always value. Now it’s time to change and face new projects. Count on me for whatever you need. Josep Pons 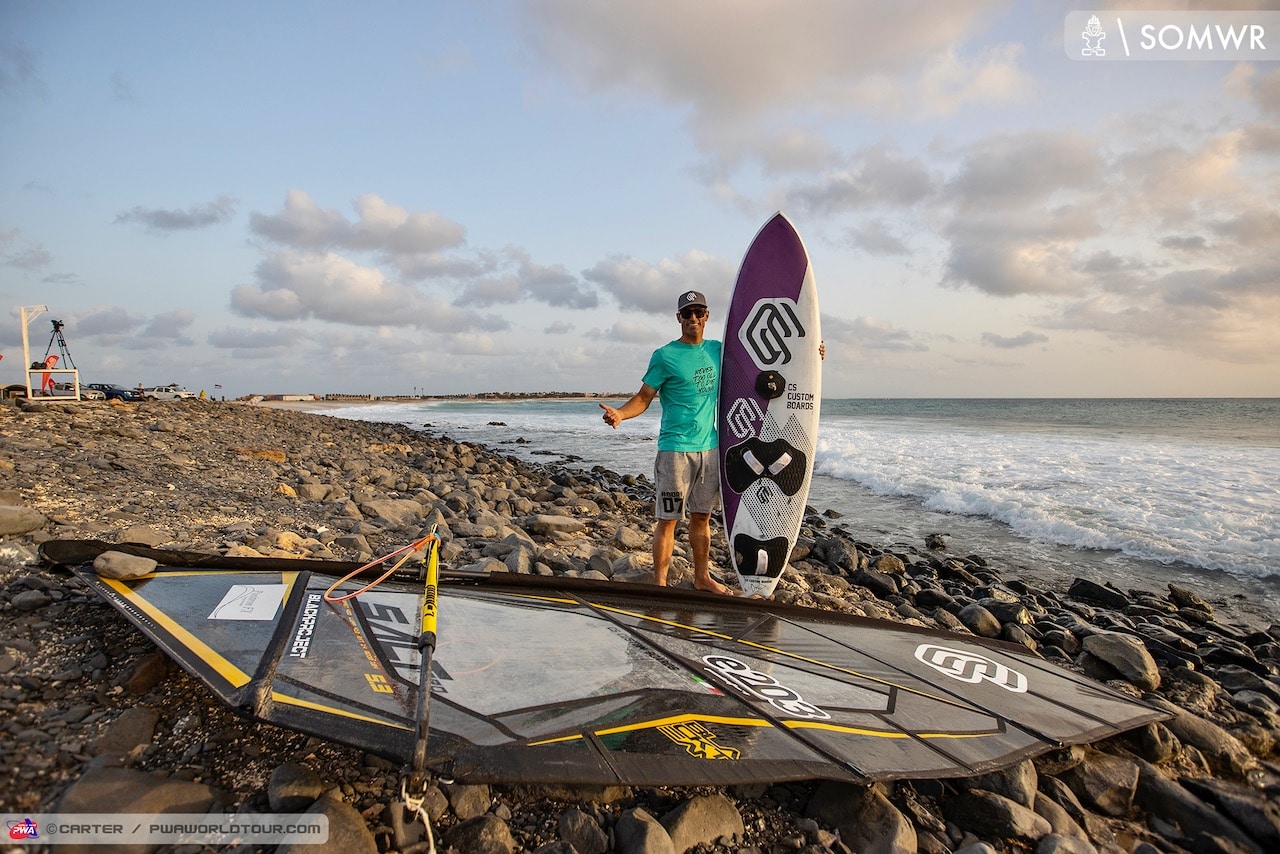 Mateus Isaac, racer from Fortaleza, Brazil, announced the end of the collaboration with Starboard Windsurfing after one season.

The 2021 season was one of the most memorable in my life. It was an amazing time spent with one of the most amazing brands on the market. Thank you Starboard Windsurfing for being an important part of my journey, and for supporting me. I’m extremely grateful. My journey with Starboard comes to an end for now as I continue to chase my goals and start the next chapter in my journey. I will soon make a very exciting announcement! Mateus Isaac

Adam Lewis (K-516) from UK – World Cup Pro and part of the Duotone development team – announced on December 22, 2021 that he will leave Fanatic and Duotone (former North Sails) after 8 years of collaboration. Adam, who lives in Maui, announced a collaboration with Quatro and Goya Windsurfing for 2022 and beyond. 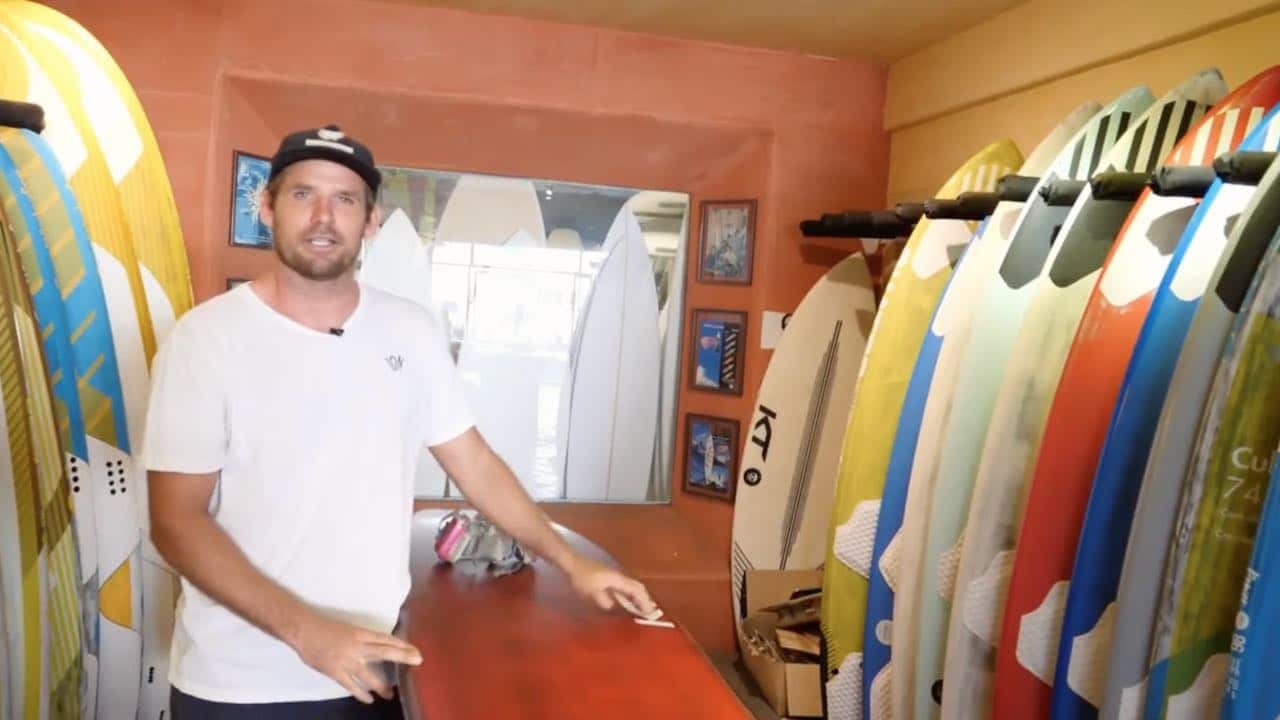 Wow, what an incredible many years, but it’s with a heavy heart it’s time to say goodbye (and hope to see you on a windy beach soon) to Fanatic Windsurfing and Duotone Windsurfing. From an up and comer to multiple UK champion, World Cup podiums to now over the last few years and head of wave R + D for Duotone. I’ve loved every second and working with such an incredible team has be truly a dream come true! So from the bottom of my heart THANK YOU! Adam Lewis, December 21, 2021

Still having to pinch myself! But for 2022 and beyond I’m immensely proud to say I’m working with Quatro and Goya Windsurfing here in the Maui headquarters across a heap of unreal products… I grew up religiously watching after school Levi Siver’s Maui project and Fransico’s Alive DVD and sharing the office is mental! Working with all the guys across such an incredible product line the passion everyone in the company has is addictive can’t wait… Adam Lewis, January 7, 2022 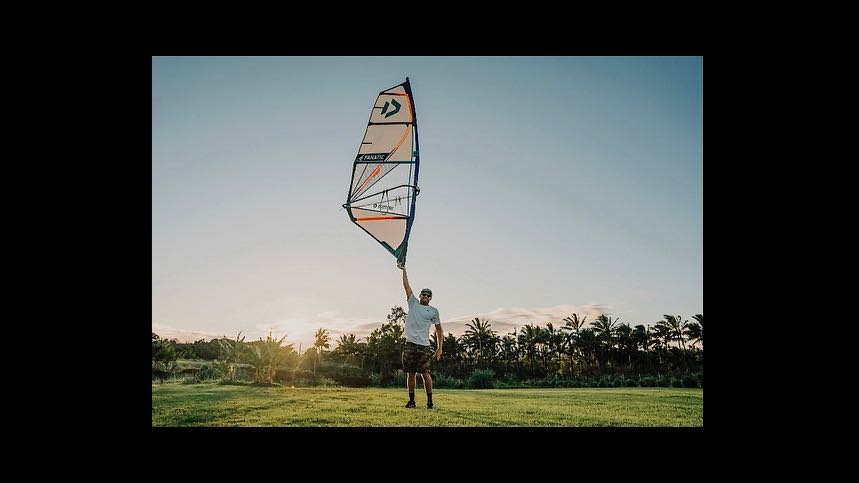 Italian freestyle windsurfer Eugenio Marconi left I-99 & Challengersails and will ride on Fanatic/Duotone and ION from 2022 on.

I’m really stoked to be part of Fanatic Windsurf International, Duotone Windsurfing International and ION team. A team which has always had and built champions is now giving me new motivation to improve and do better. Eugenio Marconi 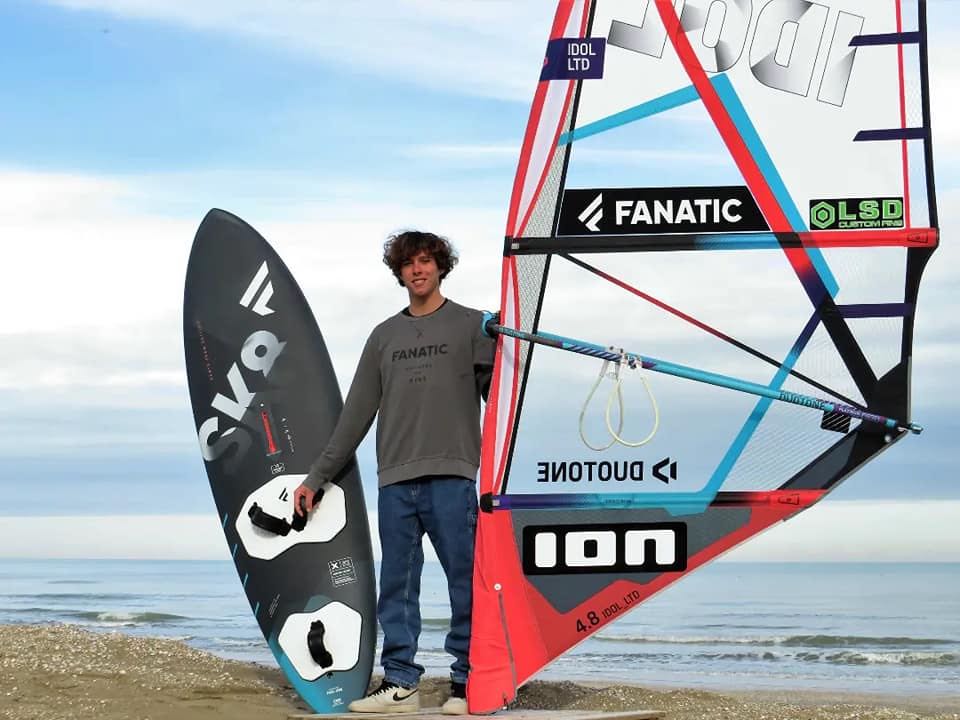 Björn Dunkerbeck returns to Starboard Windsurfing. In 2008 Björn signed with Starboard for the first time and won his final PWA Slalom world title in 2011 on Starboard. The 42 times World Champion about his change from AV-Boards and Svein Rasmussen about the return of Björn to Starboard:

Having Liam and myself on the same boards and sails makes a lot of sense to promote windsurfing strongly. I love working on the development side of things, and having worked with Starboard’s Dream Team for eleven years previously, I am sure there will be no problem getting back to business fluidly! Björn Dunkerbeck

Well, Björn and I actually go way back! We were, in fact for a number of years teammates at F2 as far back as the ’80s. There I learned that besides being a good winner, Bjoern also is a good loser! In life and sports that are key elements to build true respect and legacy! To now work with both Liam and Bjoern is a fairy tale story for me and I very much look forward to developing loads of Watersports gear that will set new benchmarks in several different ways! Bjoern is the first athlete to join our Natural Provident Fund, a part of our task force to make live eco systems more valuable than dead ones! Thanks also to Eugen and Ulla, Bjoern’s parents who have paved the path for Bjoern and now see Bjoern do the same for Liam. Svein Rasmussen, Starboard founder and chief innovator 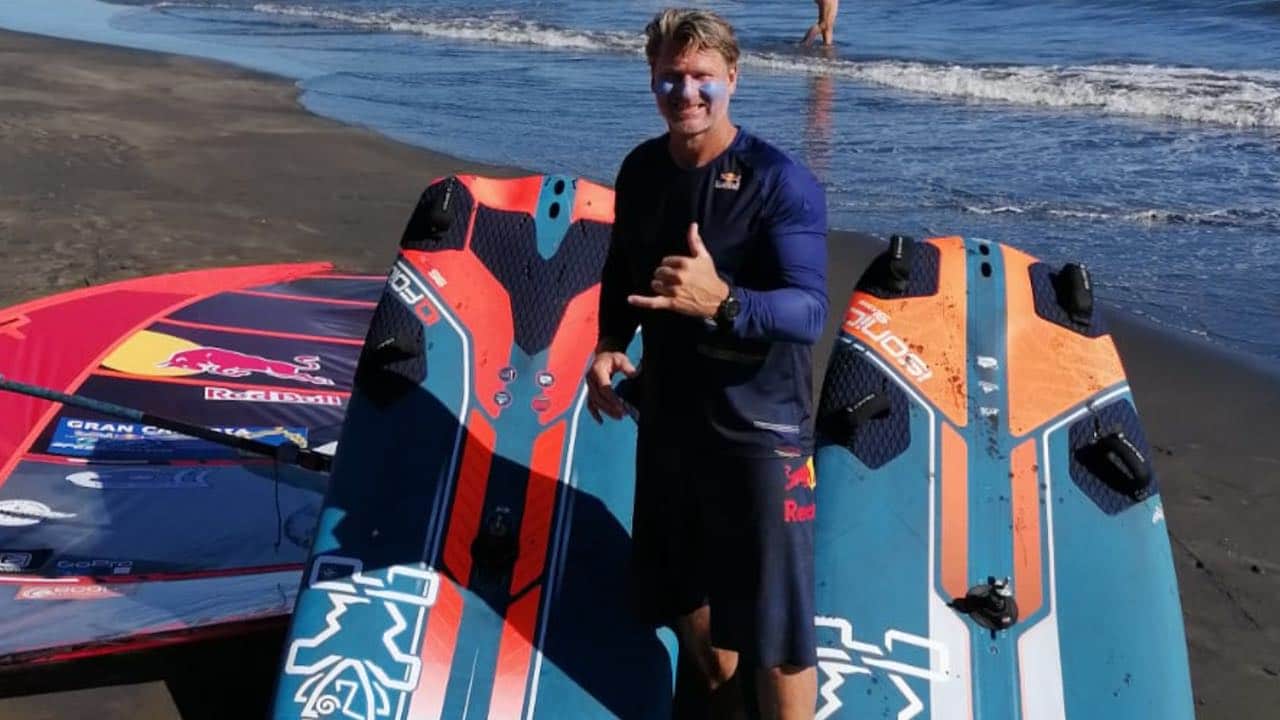 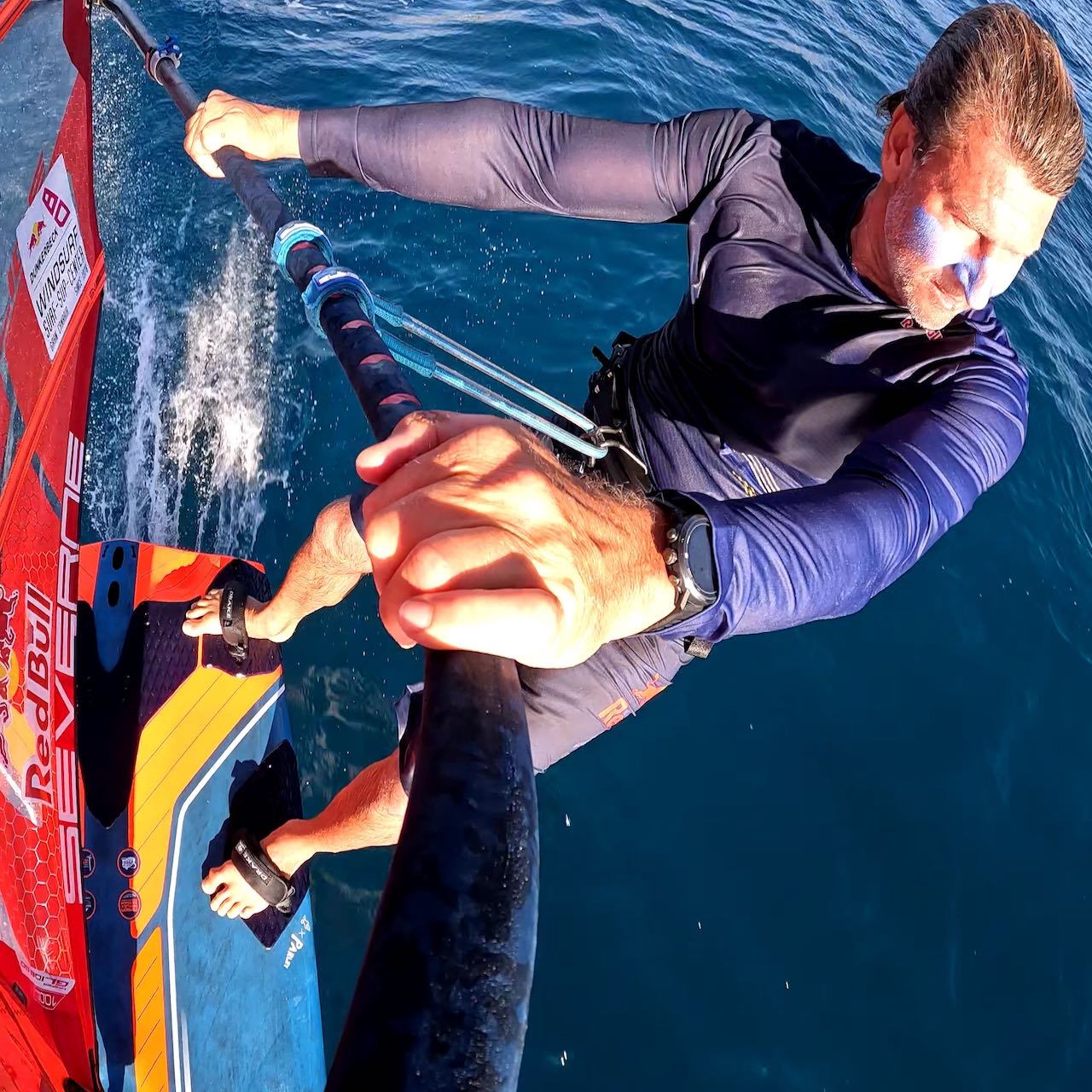 Bjoern Dunkerbeck tests his new board 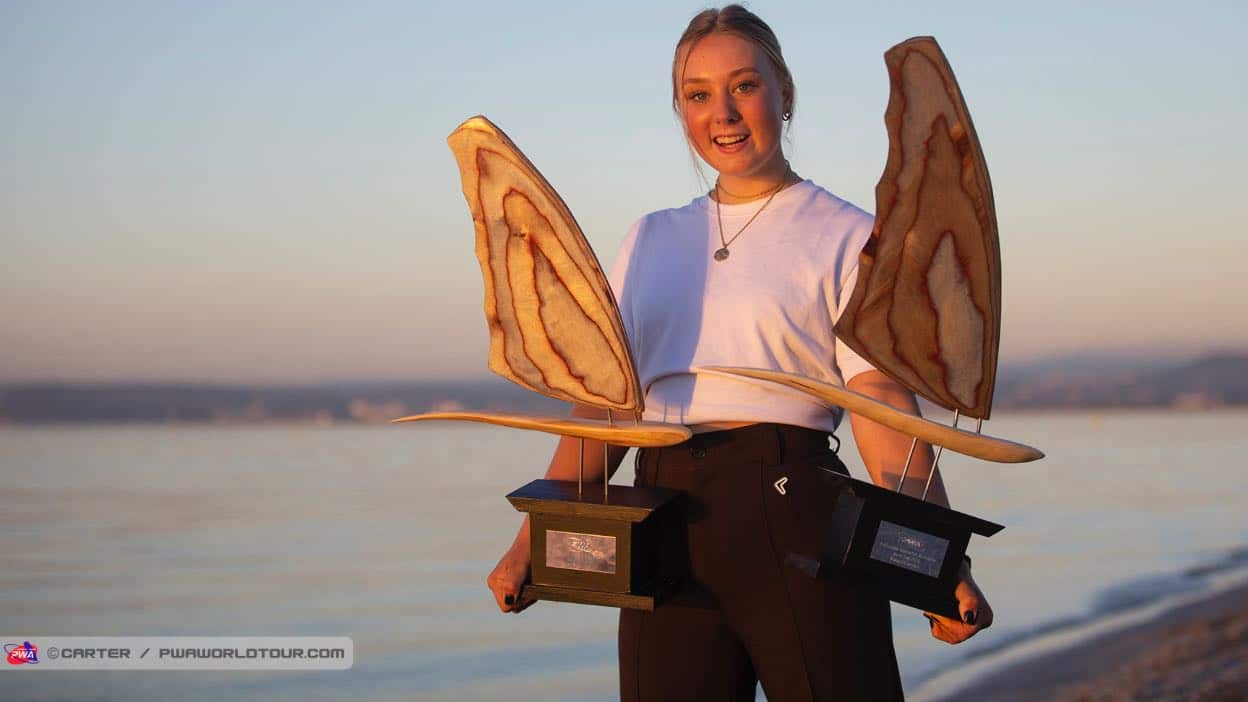 Helle Oppedal on Starboard in 2022

Italian wave windsurfer and globetrotter Federico Morisio joins Starboard. He will focus on the IWT events, but still has to recover from a knee surgery at the moment. He is on a good way preparing his comeback in Chile. Here’s a video about his change to the Thailand based board brand. Here’s an interview with Federico about his new board sponsor.

Gran Canaria local & pro wave windsurfer/SUP Moritz Mauch (G-103) joined new forces with the local shaper Carlos Sosa / CScustomboards and the German sailboard Sailloft Hamburg. Let’s see how much he will influence the development of these brands and their products! Moritz Mauch is one of the most underrated riders in the scene.

We are stoked to introduce and welcome the latest member of our crew, Henri Kolberg. Kolberg grew up in the small town of Schleswig in Northern Germany, where he became enamored by the power of the wind, waves, and the ocean at a young age. His family prioritized time on the water, and Kolberg recalled a collection of fond memories of summers spent in Denmark on the family sailboat, which translated perfectly to his love for windsurfing. We’re excited to have this passionate and talented young rider as the latest addition to the Naish Team. Welcome, Henri! Naish International Windsurfing Team 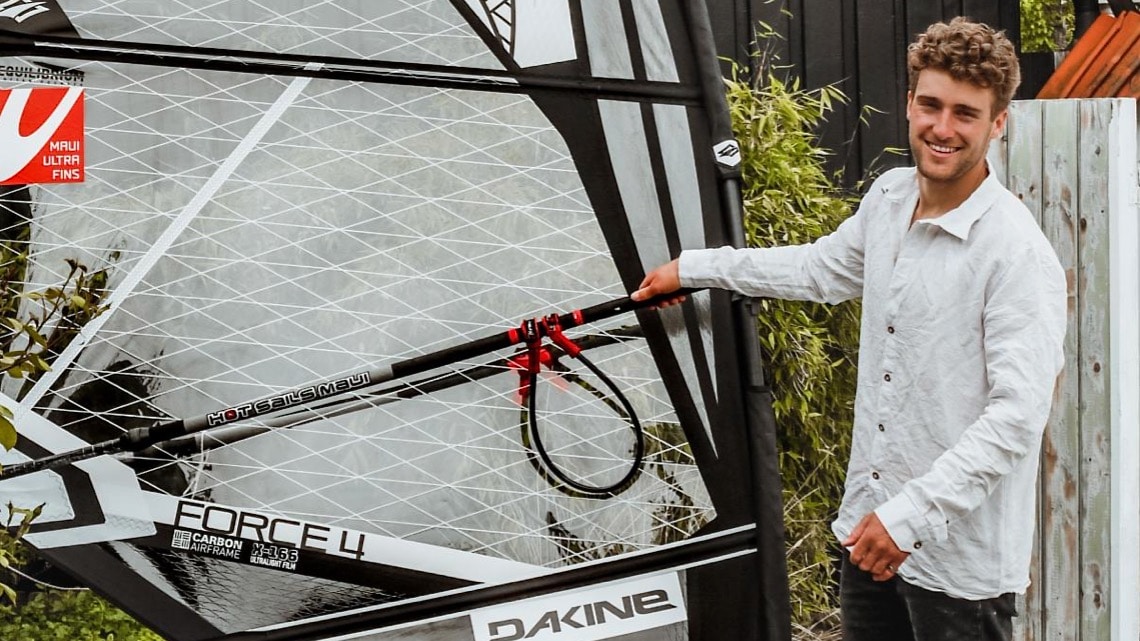