Slalomtour on the Canary Islands

From the 13th -14th March the first stage of the Canarian Slalom circuit was held in El Medano on the Canarian Island of Tenerife. 3  full races have been completed while the last weekend. The wind was over 20 knots. Perfect Slalom conditions! 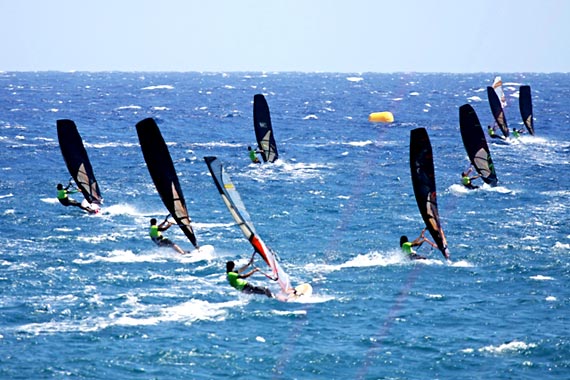 The event was organized by the local sailor Luca Orsi, who gave a support by his school ORSI WINDSURFING CENTRE & CLUB WINDSURFING 77. Over 25 participants from all around the Canary Islands were racing in the slalom catagory and also in a smaller fleet in a freeride class only.
The downwind course was choppy and in parts there were waves: classic Canarian conditions. It was extremely entertaining for the crowd to follow from land.  In the end a group of Italians were dominating the Slalom division: Andrea Cucchi (Starboard/Point 7) took the victory, followed by John Benemati(Tabou\North) and in third place the event organizer Luca Orsi (Starboard\Secret). In the Freeride category the winner was Andrea Palazzo, followed by Alberto and Enzo Esposito.  The next stop on the racing calender will be Fuerteventura. 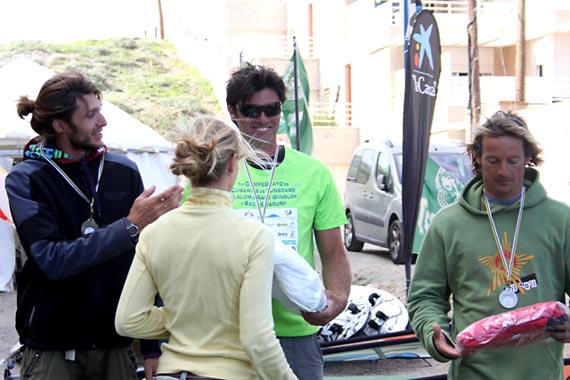 The winner in the Slalom category. 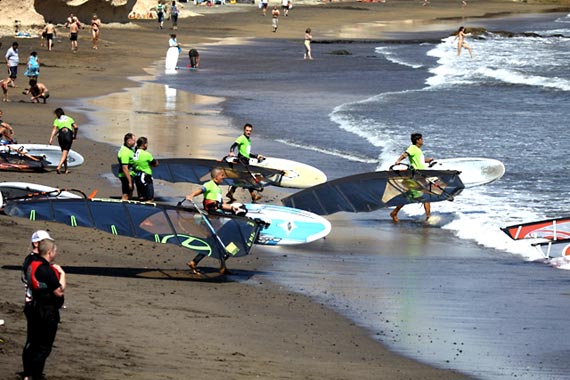 The minutes before the race.