Today was the first day of the IFCA Slalom World Championships in Texel, Netherlands. It was blowing from southwestern direction with 16- 20knots the whole day. In gusts up to 23 knots. The German windsurfer Bernd Flessner was overall today the best, winning the first two eliminations. 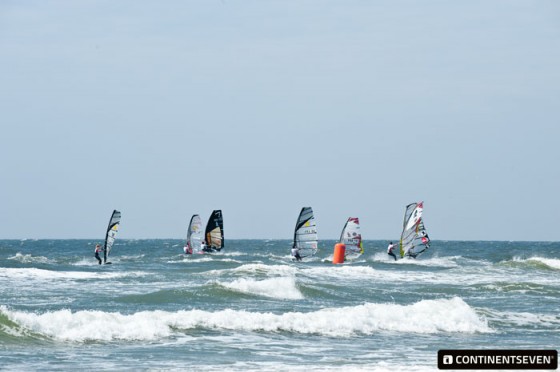 The rain just had stopped in the morning and left some puddles all over the venue. At 10 o´clock the first skippersmeeting of the event took place. Bruno de Wannemaker, IFCA honcho, announced two eliminations for the first day. One at 13.00 and one at 15.00 with a lunch break in between. During the first elimination the wind was up, many riders were on their 7,0 sails but it took almost two hours to finish this elimination, due to many protest, which had to be discussed with the IFCA officials. Additionally there were several premature starts, which delayed the racing progress, too. In the end the German Bernd Flessner won the winnersfinal easily.

After the lunchbreak the second race was started in less windy conditions, but still  most of the sailor were on their 7,8 sails. This elimination was finished a bit quicker and it was again the German Flessner, who could win this race, although he got challenged by his German racing colleague Vincent Langer and the French Damien Le Guen.

We saw as well a few upsets during the races.

The German Gunnar Asmussen, Maciek Rutkowski, Casper Bouman provoked some over earlies and got high points. The starting procedure is also different compared to other races. The sequence is shorter and in the first rounds, there are no general recalls after an over early. The racers, who were over early get informed on the beach. This is a quite strange rule, as it is enough time to repeat the start and it would be probably more fair. Some riders were complaining about it, because in the race, you never know, on which position you are. You maybe fight to overtake someone and risk a crash, and the guy in front of you is maybe out anyway, because of an over early. This definitely should be discussed, as this is not a fun race. It is a World Championship.

You also can check out more picture on the Continentseven Facebook gallery from the event. 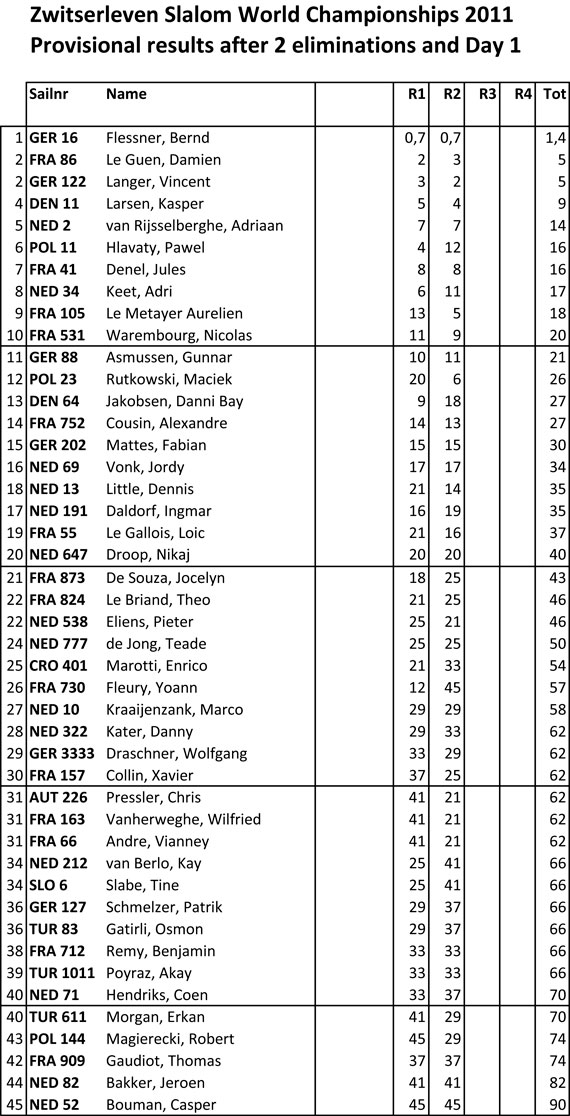 Thanks, Chris!Yes, the series is deinfitely deserving of having its own web presence. It’s great to know that new people will be participating. Let us know what happens with the speed series this year.Karen