Today was the second day of the IFCA Slalom World Championships in Texel, Netherlands. After three more downwind slalom races, with 6 jibing marks today, the German Bernd Flessner is still leading the ranking in front of the French Damien Le Guen. The first race was again won by Bernd Flessner. After an over early of Flessner and Asmussen in the second race, which brought a lot of discussion,  Jules Denel took his chance an won the second race. Before the third race the wind picked up to over 20 knots und you could already see in the foreruns that Gunnar Asmussen had amazing speed. He won the third race, which let him climb up the ranking a bit.

Crash of the day was from the Polish sailor Pawel Hlavaty, who broke the nose of his board completely with a massive catapult. 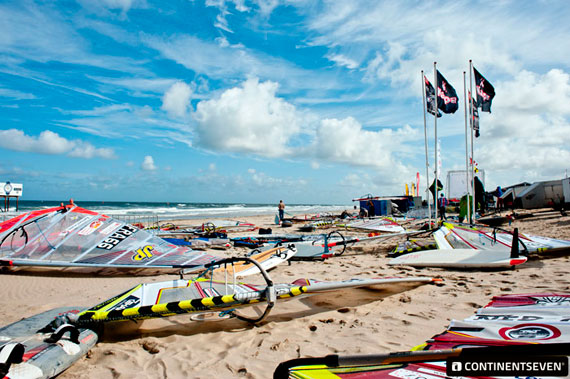 A sunny windy morning on the second day 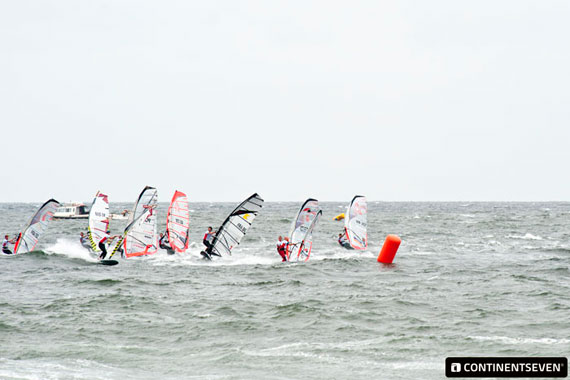 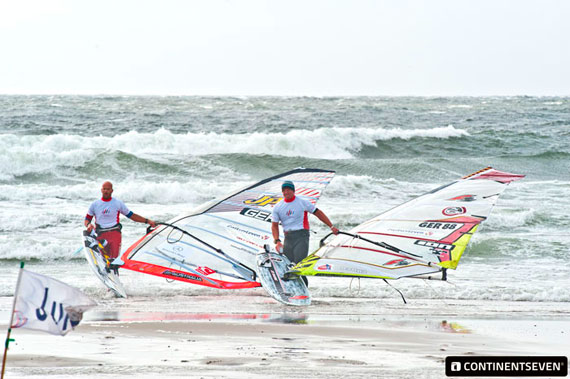 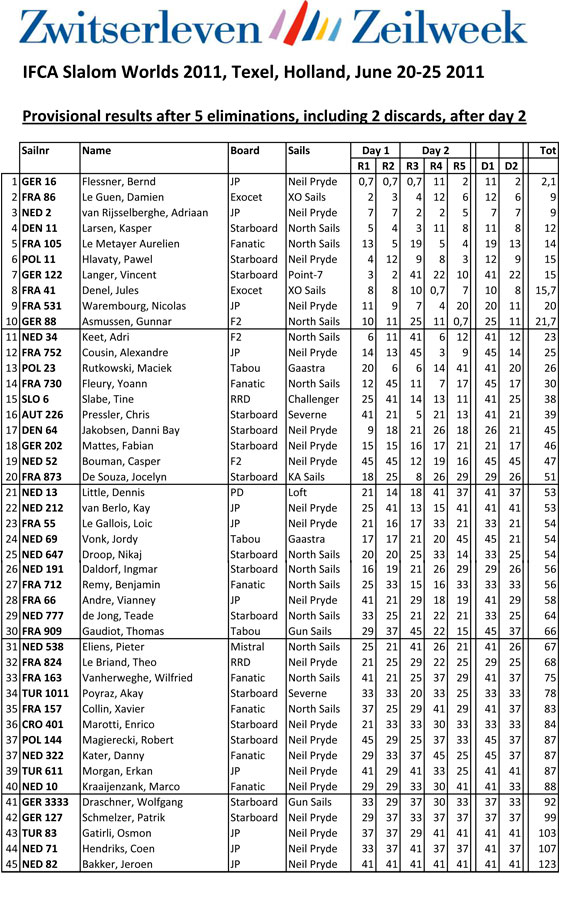 medea2017-01-19T15:29:32+01:00June 22nd, 2011|
Subscribe
0 Comments
Inline Feedbacks
View all comments
This website is using Google Analytics. Please click here if you want to opt-out. Click here to opt-out.
0
0
Would love your thoughts, please comment.x
()
x
| Reply
We use cookies to ensure that we give you the best experience on our website. If you continue to use this site we will assume that you are happy with it.OkNoRead more