Severne started the idea to present their brand, the products and the team in a better way through their Revolution mag. Just a few weeks ago Severne released their third edition in a digital version.

Have a look on the third issue, which got released in September 2010. You can get an inside view on the brand and you can also find a story about Scotty McKerchers new hip and the other teamriders, who had injuries to heal out in the past: Nayra Alonso, Mikey Clancy and Jaeger Stone.

There is also a nice gallery on the Severne 2011 sail models plus a story about the brain of the brand, Ben Severne, who also gives designer comments on selected wavesails.

“Few sail brands have entered the windsurfing market as dramatically as Severne. In its first year of launching internationally its sails were winning world championships and scoring top in magazine tests around the globe. Its designer Ben Severne has been making sails since he was thirteen. When it comes to being hands on few designers have logged as many hours around a boom. In Ben’s case there’s no distinction between designing and windsurfing – the two feed off each other. Ben’s ability as a sailor is competition proven. Most athletes improve at their sport by focusing on their physical abilities, but Ben has the gift of doing that in tandem with constantly developing his equipment. For the brand the design payoff is obvious: he’s using the products he designs at the highest level and he is able to evaluate the results first-hand. That’s a potent development tool. Simply put, Ben’s a windsurfing nut. He wants to sail as much as possible while having the most fun he can. And the way he’s done that is by developing the best gear possible – it’s his dream job!”

Young racer Morane Demont talks about her racing career. Several move sequences are inside the mag as well. The new clothes and bags of the 2011 collection are also presented inside the mag. And for all of you, who are interested in travelling to Southern America, will find infos about Chile, Peru and Brazil. 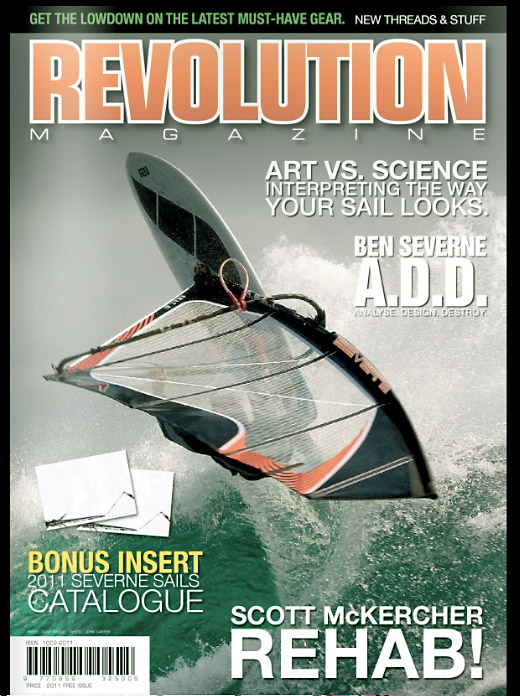 The cover of the new Revolutionmag from Severne - Dany Bruch rotates through a wave 360ty (Source: Severne). 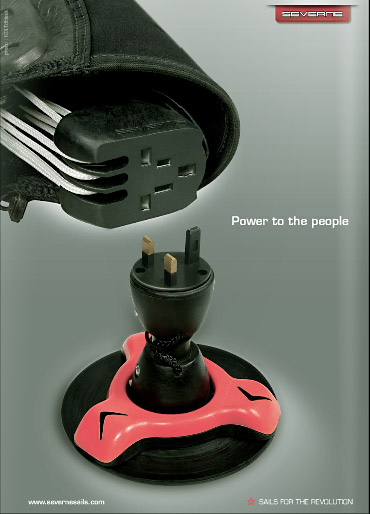