7 Facts about the wave competition at La Torche 2014

1. Ricardo Campello wins the PWA Wave event at La Torche in France
Ricardo Campello one his first PWA wave event. For only the second time in his wave career, Ricardo won a single elimination. In La Torche Ricardo Campello won 5 heats in the single elimination beating Nicolas Akgazciyan, Alessio Stillrich, Antoine Martin, Robby Swift and Thomas Traversa.
“DID IT!!!! I couldn’t be happier, I finally managed to win an elimination in waves, after being very close many times I finally made it and I’m super happy, we had the best conditions this year so far on competition here, wind waves sun and a lot of people watching us on the water made an amazing day for me! If the wind and waves don’t come back I will be the winner of this event and now I jumped from 7th to 3rd on the World Ranking with Tomas Traversa leading and Victor Fernandez in 2nd place, so a lot will be decided on Maui in the overall year ranking, thank you all for the support” (Ricardo Campello, 21.10.2014, La Torche) 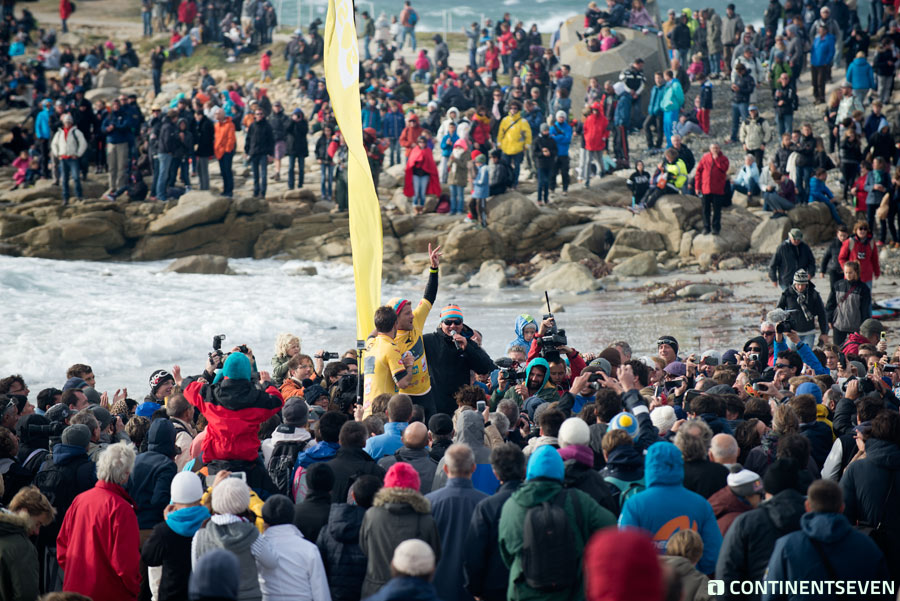 2. Thomas Traversa sails the winners final with a broken harness line
Thomas Traversa, the winner of PWA wave event in Denmark 2014, was the hardest opponent for Ricardo Campello. He won the semi final against the current World Champion Marcilio Browne with a great heat, but was sailing almost the whole final (14 minutes, 2 jumps and two wave rides counting) with a broken harness line on port tack. But still he managed to score a few great rides and smacks on port tack, but was not able to show his usual wave rides. With his second place he took the lead in the PWA overall ranking.
But anyway Thomas Traversa was definitely the super star for the masses on the beach. The spectators were cheering for him and the wind shared the intense and loud jubilance all over the bay. We are not sure how many people were on the beach, but several thousand, who were watching the windsurfing action and seemed to be really interested in the sport. 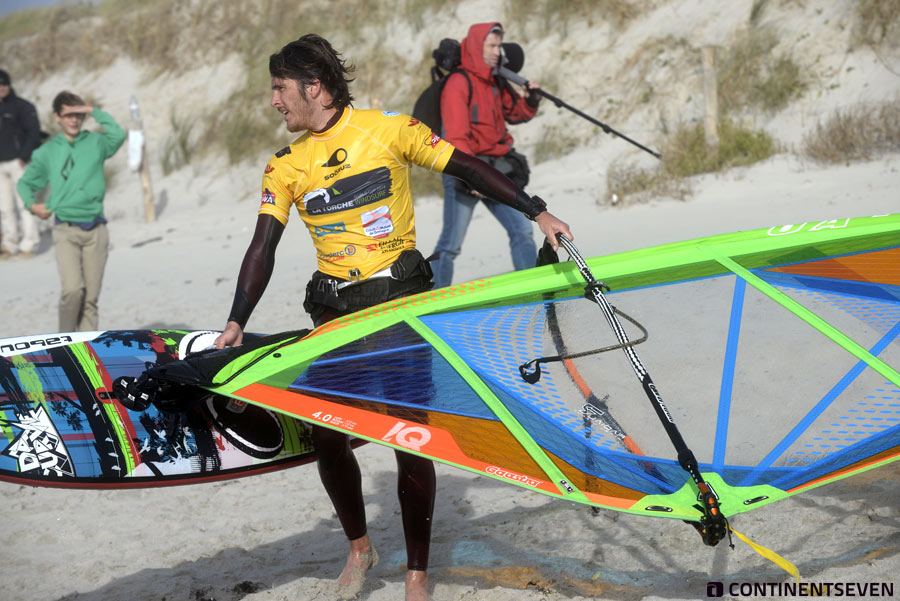 3. Start of the day in the dark
The sunrise was at 8:43, the skippers meeting was at 8:30. It was still dark and the competitors prepared their gear in the dark and raising sun. The northwesterly wind already kicked in with 20 knots and waves were building on both sides of the bay. The wind picked up during the day with gusts over 35 knots and mast high breaking waves. 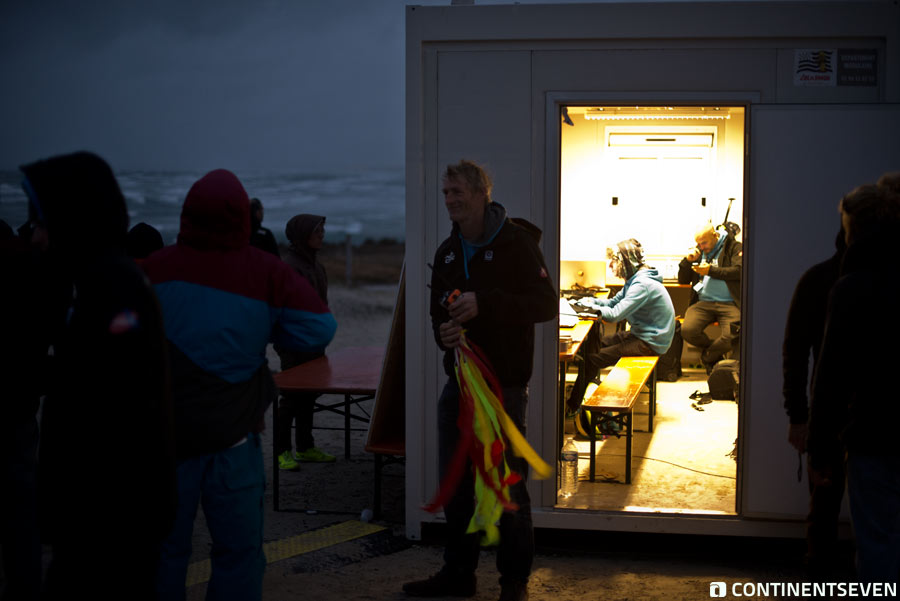 4. Great conditions & many spectators
La Torche probably delivered the best wave conditions we have seen all year on the PWA tour. It’s been a long time since a real starboard tack jumping event happened.  La Torche has, together with Sylt the most spectators during a wave competition. Several thousand people gathered at the beach and on the rocks, to watch the windsurfing action. We really had the feeling the spectators showed up to watch the action. 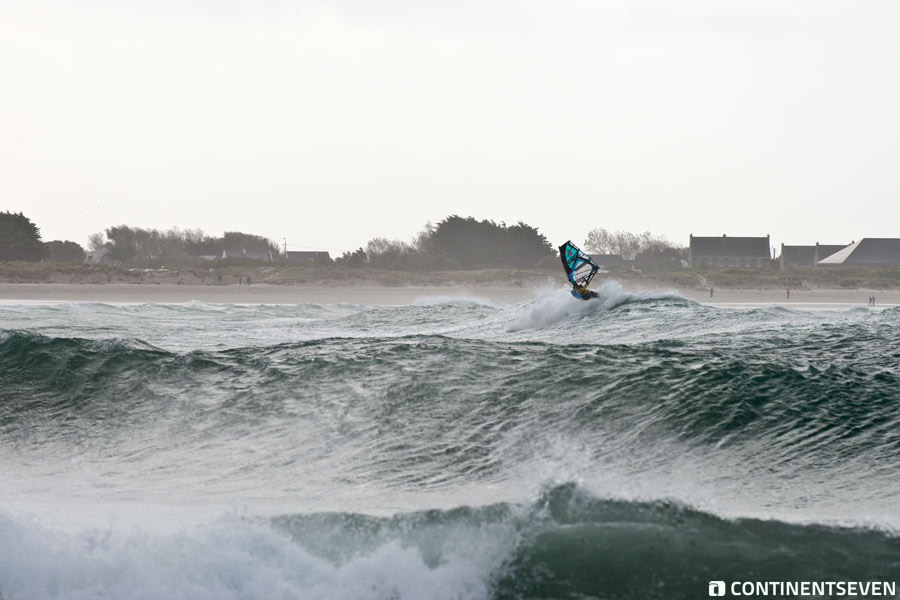 5. Josh Angulo is still one of the best
Josh Angulo is the best ranked rider, who came from the trials. He was riding the waves with his unique style, went for Aerials and massive air moves. He won against John Skye in the first round, Leon Jamaer in the second round and lost against Thomas Traversa then. He is in 5th position at the moment and is probably only missing the double Forward to make it into the top 4. 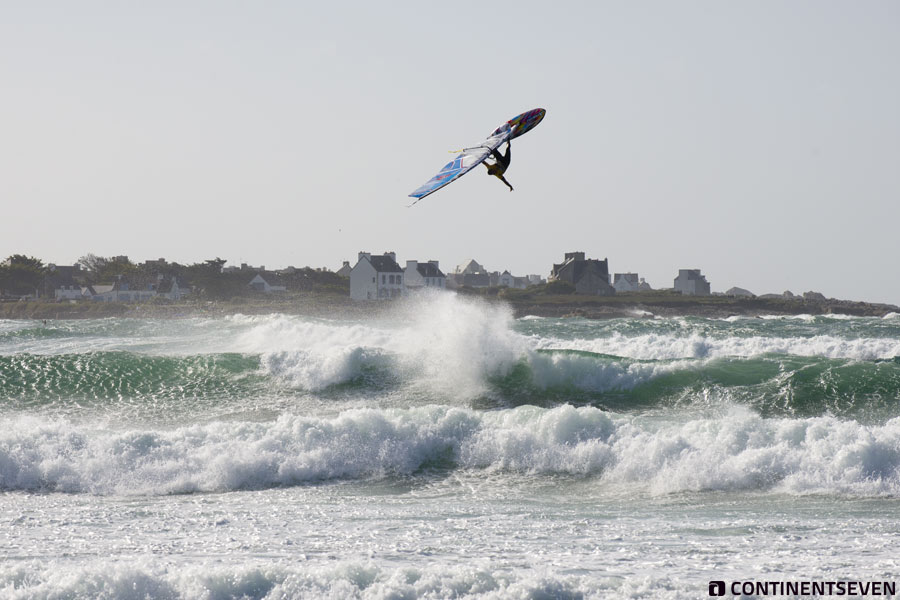 6. Star board Tack vs. Port Tack Jumping Skills
Ricardo Campello and Victor Fernandez are the only two riders, whose jumps look very similar on both tacks. Traversa, Browne, Swift, Angulo, Martin seem to jump a bit more in control on star board tack. The Canarian locals are definitely better on port tack and miss some star board training. Philip Köster’s air time is already really good, but he misses the landing sometimes.
7. Best moves we saw
The highest jumps we saw were from Marcilio Browne and Victor Fernandez. Traversa’s front side Wave 360° are amazing. We saw three Goiters, one from Antoine Martin, one from Philip Köster and one from Thomas Traversa. The best Double Forwards were from Ricardo Campello and Marcilio Browne. 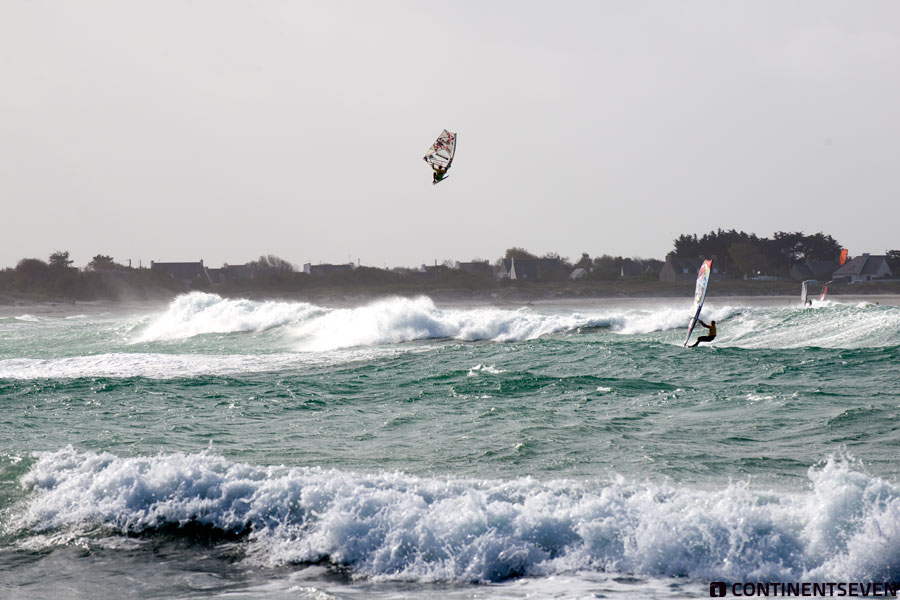 I really like the “Seven Facts about” article style! You get quick an idea what the whole event is about, but also some nice details that will make you feel as if you were right there – at least for a second! Thank you Continentseven for allaying our hunger for Windsurfing so professionally!

Thanks for your feedback Nina!!

Is the live coverage available somewhere so we, that did now watch the action, can watch it now????
Greatly appreciated!

The live stream is produced by a French TV crew. We are not sure, if the organizer or PWA is publishing the raw footage, but we can ask tomorrow.

hi ilias 🙂
Thanks for your nice words.

The production is made by Kreat Box, they do an amazing work. Not only on live, but also with all the site.

I spoke to them today, and we are bot keeping all the footages. Exactly because of the quality, full HD, is not technically possible to store everything.
We will do our best to make the finals heats available on our website after the event.
I’m sure continentseven will share those links 😉

Thanks guys you are the best!
What an epic event! I wish I could be there.. All the best and we hope to have you host the same event next years as well!

Thanks to all the competitors, C7 and spectators for making this a HUGE event !! BEFORE WINDSURFING AND ROCK YOU GOT ONLY GOD !!!

the quality of the livestream was excellent, good job!!

The live stream in La Torche is produced by a French TV crew and they definitely do a great job.

Their work is just fantastic 🙂 I’ll let them know for sure.
It’s a French company called Kreat Box 😉

What an epic day!!! Thanks for the great report.

Thank you @rrd_twitt for these seven amazing years! It's been an awesome ride together!
@Continentseven
https://www.facebook.com/watch/?v=436667424343138