Scott McKercher (KA-181) travelled the world to ride all kind of waves. He spent hours on the water and got a lot of waves, even the smallest and mushiest ones. 2004 he crowned himself with the PWA overall title. Life went on. Less competing, but more R&D for Starboard. He officially retired from the tour in 2008, but still won a lot of world titles with the Starboard team riders, who were riding his shapes. Fast forward and one artificial hip later the 46 year old Scotty rides the huge Margaret River waves like 20 years ago or even better. We hooked up with the Australian to chat about life, the actual board and fin trends in wave windsurfing and a bit more. 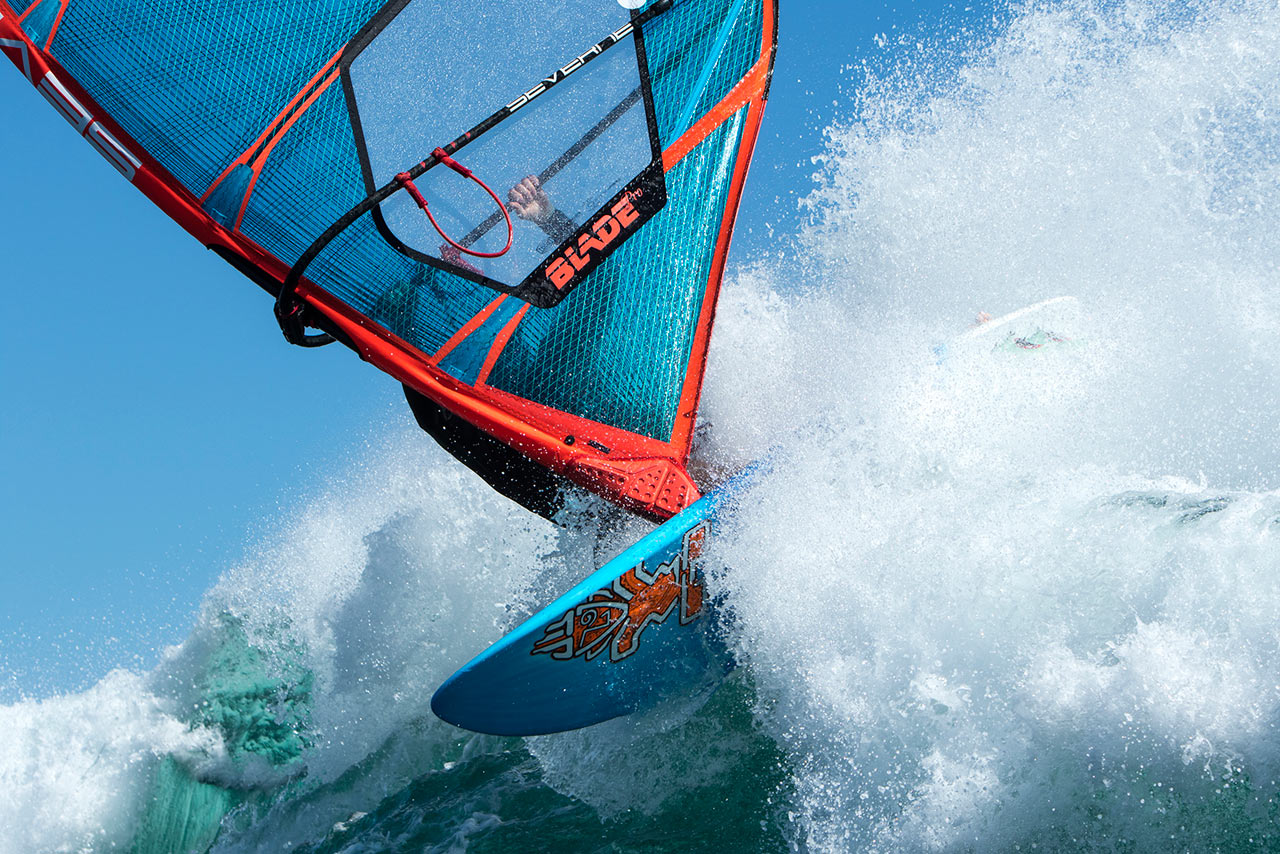 Scott McKercher in a flow in Western Australia (Pic: Starboard)

Continentseven: Scotty, in your latest windsurfing video you rip at Margaret River. You are 46 and still ride waves like a champ and this with an artificial hip. How are you doing?
Scott McKercher: Very well thanks. The hip has been handling wonderfully. Only a little bit of butt muscle tightness if I’ve been sailing and Sup’n a lot, but it’s the knee that tends to blow up a little bit if I sail and sup 4 or 5 days in a row. But a few days off and it settles down again. Has been a few years like that now after some knee surgery. But all in all, loving sailing as much as I ever have, just don’t sail to fatigue like I used to.  But still frothing like a grommet.

Continentseven: We missed you at the windsurfing events last summer. You used to pass by and watch the action. No time anymore?
Scott McKercher: Yeah. That was a bit of a bummer. I missed everyone there, too. I’ve been very fortunate for some years since finishing competing to keep coming to the Canaries to develop, which meant I got to windsurf and stay in touch with a lot of people who are special. But basically yeah. My time was spent on SUP with delivery of masters being pushed forward. 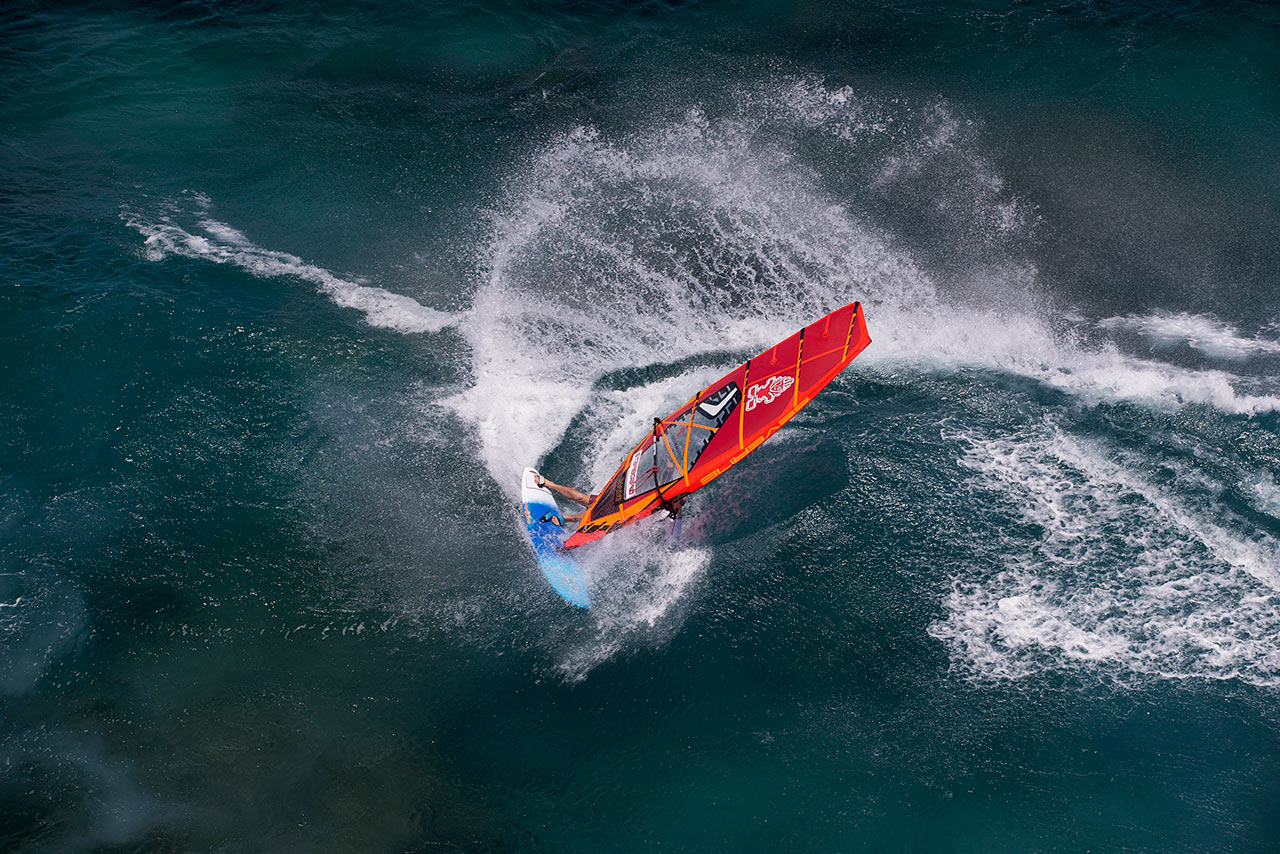 Continentseven: What are the latest trends in wave board shapes?
Scott McKercher: Diamond shape noses? I dunno. Windsurfing trends are so fickle. It’s been thrusters recently. Even though they aren’t particular better. I was working on trying to develop a thruster to  be better than our Kode and the competitors thrusters. I couldn’t and could only come up with an improved Kode. But the latest Germans Surf magazine just rated the latest incarnation of the Kode twin as best All round wave board for European conditions. So the old school twin is still the king of the new school tricks as well and getting onto the plane and being fast.

Continentseven: Are very short boards in windsurfing just a trend or will we see more and more boards below 220 cm?
Scott McKercher: The short boards are a lot of fun, but  I suppose you have to look at what are all the top pro’s riding. As the Kinks sang, “We’re dedicated followers of fashion”

Continentseven: Are single fins and twinsers outdated for down the line conditions?
Scott McKercher: All top ranked guys were on Quads. Everything is cyclical and personal. I still think some of the sailing Kauli was doing on his twins in Cabo Verde was some of the best I’ve seen. 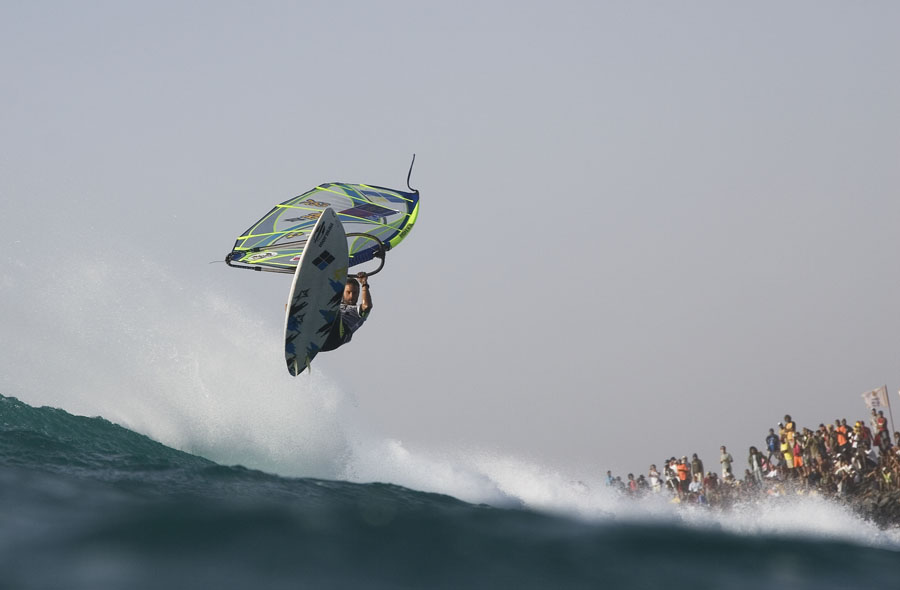 Continentseven: Which shape/fin combo is the most universal in 2016?
Scott McKercher: You’d have to say a Quad with a straighter tail outline that a square, squash or swallow tail provides. 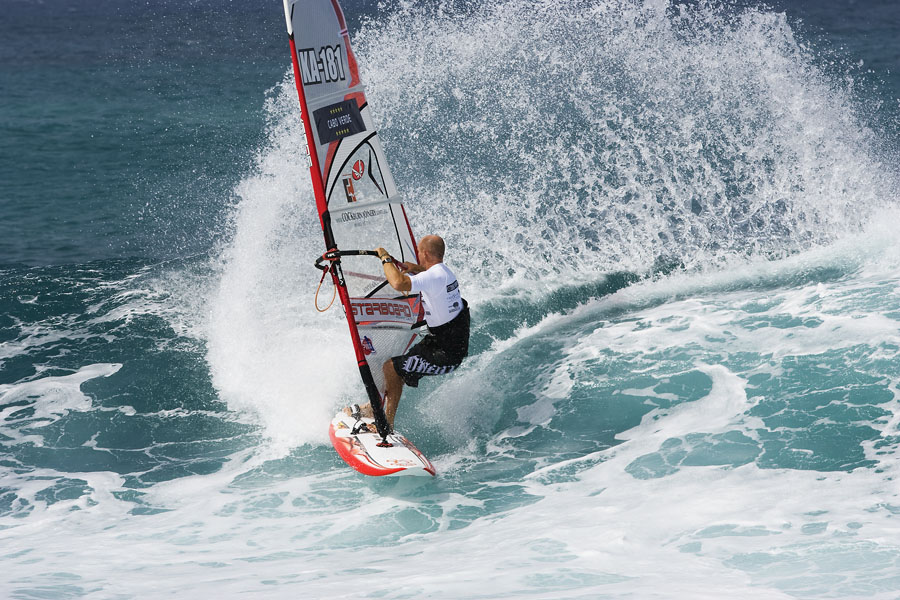 Continentseven: What board are you using most of the time if you have the choice?
Scott McKercher: I’ve just been riding my quads. 79 and 84. These two boards cover me for everything I need. But I’m quite spoiled where I get to sail now. But as Iballa proved, the quad is a versatile board winning her world title sailing on the same board in the Canaries and Ho’okipa.

Continentseven: Is it true you stopped to develop the Starboard windsurfing boards and will focus on Starboard’s SUP line only?
Scott McKercher: Yeah, it’s true. Humour, paradox and change. Read somewhere these were the only constants in life. I did the Starboard wave boards since 1996 or 97. Time to move on I suppose. 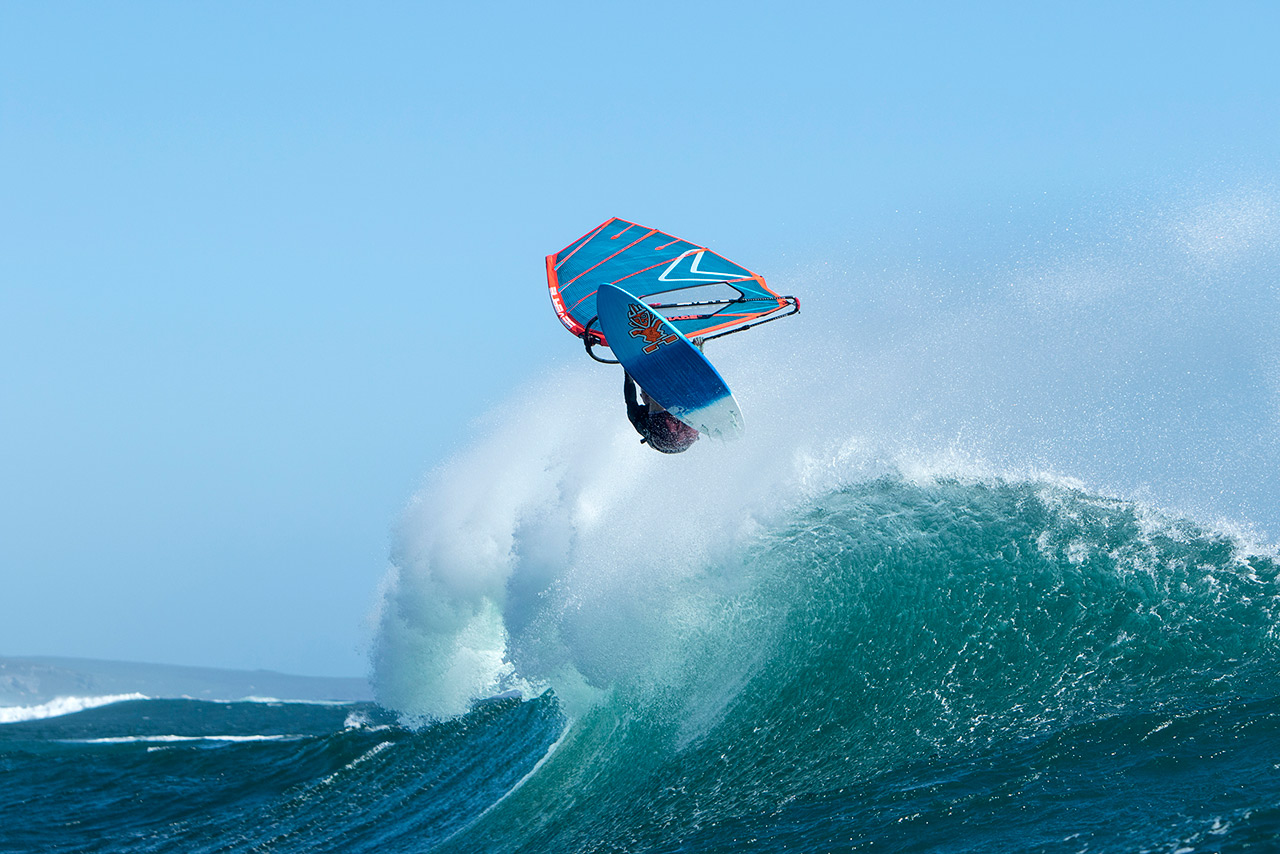 Home is home: Scott McKercher off the lip in Western Australia (Pic: Starboard)

Continentseven: And you created your own SUP brand?
Scott McKercher: Yeah, I’ve started Smik a few months ago. It’s my own SUP brand.

Continentseven: Will you produce windsurfing boards, too?
Scott McKercher: Just SUP for the moment. With windsurf there may be something going on but that’s in development stage for now. But prototypes have been made.

Continentseven: Thanks for the interview!