On the final day of the 2019 Aloha Classic the 2019 PWA Wave Champions got crowned: Sarah-Quita Offringa wins her first PWA Wave title and Philip Köster his 5th title. 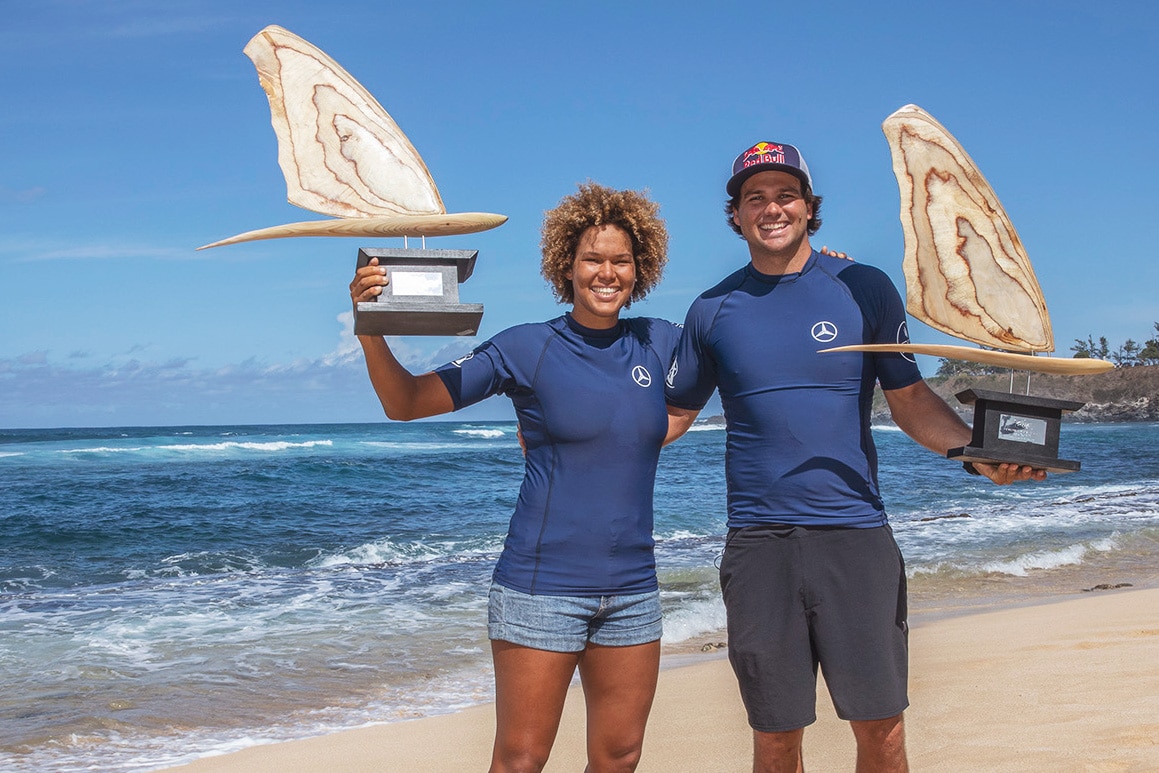 Sarah-Quita Offringa becomes the first woman in over two decades to claim the Women’s PWA World Championship – aside from the legendary Moreno twins who have dominated women’s wave sailing for over 20-years. Offringa started the year with two third places, but then markedly stepped her game in both Sylt and Maui to reel off back-to-back wave event wins for the first time in her career and deservedly claims her first wave world title.

That is not only an incredible achievement for Offringa, who completes a career grand slam – having already won 12 Freestyle and 4 Slalom world titles, but it is also testament to the incredible level that both Iballa & Daida Ruano Moreno have set over the last two decades and their reign at the top is by no means over.

Daida dominated in Pozo earlier in the year, while Iballa finishes the year as the vice-world champion having won the world title for the last 5 years and was extremely close to winning this year’s title. If Iballa had have been able to hold on to her radical aerial in the final then the rankings may well have been reversed, but those are the fine margins that make the difference at the very top of the sport.

Justyna Sniady discards her result from Maui, but deservedly claims her place on the overall podium for the first time in her career – having finished on the podium in each of the opening three events. 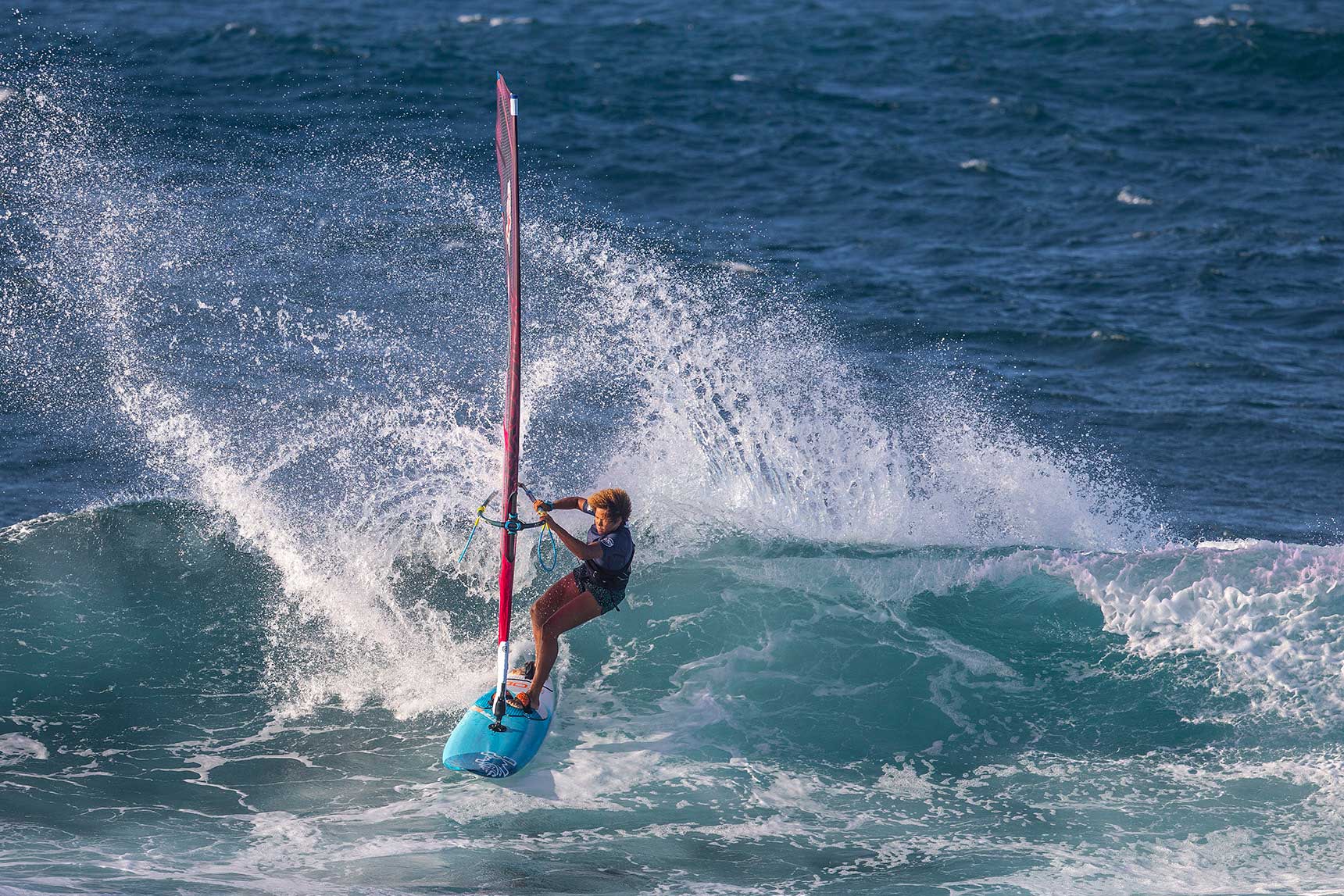 Philip Köster wins his 5th PWA World Championship at just 25-years-old. Incredibly this is just the second year in which Köster did not win an event during the season since winning his first world title in 2011. The only other time that that has happened was in 2016 when he missed the final two events of the year. This time around it was his consistency that proved key with 3 podiums in Europe setting a solid base heading into Maui. Before this year’s Aloha Classic the German had never won a heat in Maui, but he righted that record this year and his 3rd place in quarterfinals here proved decisive as if he had finished 4th – Marcilio Browne would’ve collected his second wave world title and third overall.

“Yeah, honestly this one feels different. This title has been a lot of work honestly. I didn’t win any events this year, which is what makes it different from the other times. Otherwise, I’m super, super happy that I made it. It’s also kind of nice to have done okay at the Aloha Classic. Before now I hadn’t actually won a heat here, so I’m stoked to have passed through a heat at the Aloha Classic. It’s really nice to finish the year here and I’m also pleased to have made it a bit further in the contest this time around. So yeah, just really happy about it!” 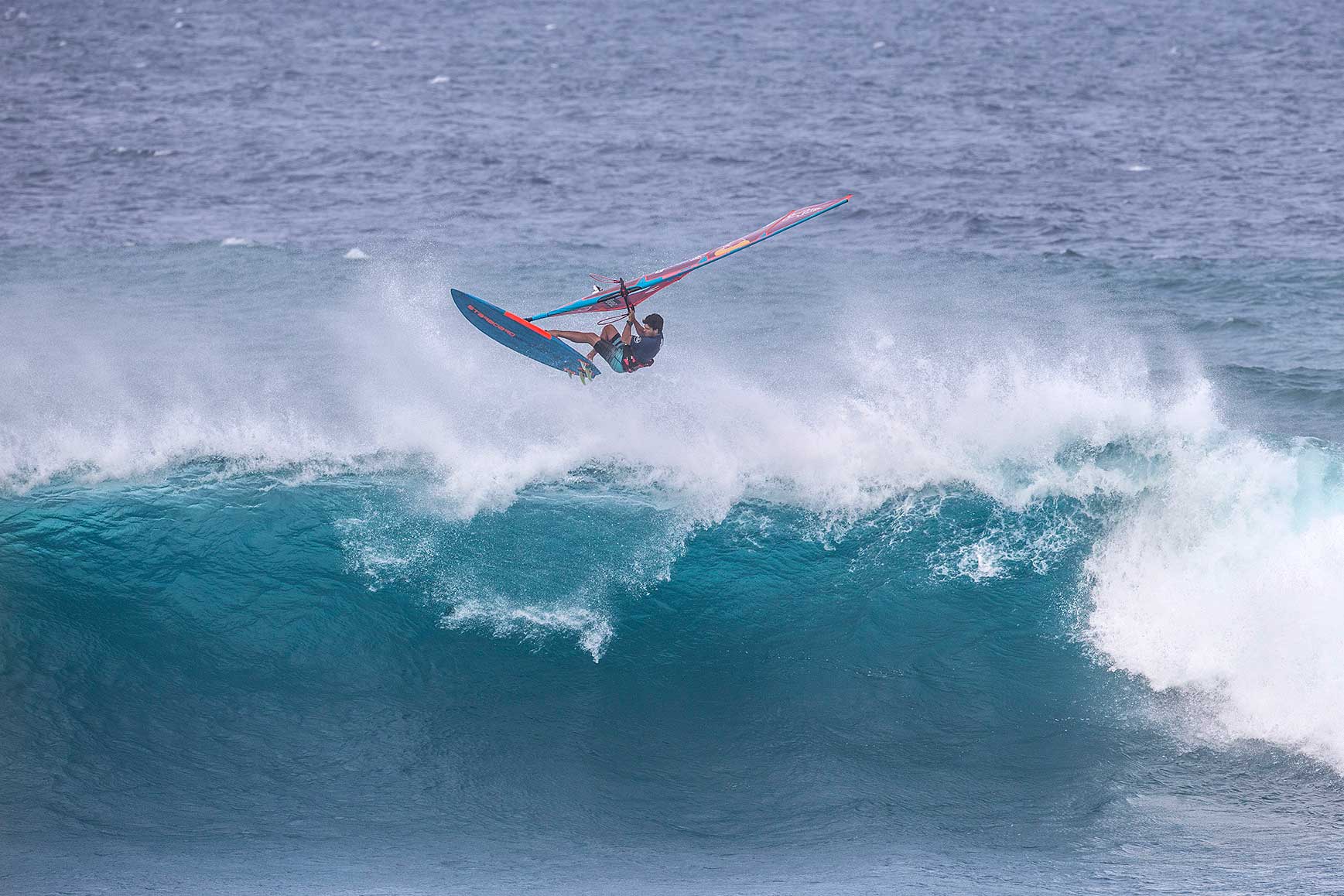 If Koester looses 10 kilos (he states he is now 96) he will easily win another 5 titles. Don’t forget-he is just 25 years old. Victor is starting to feel some fatigue imho, while Brawzy is the wave sailor with most technical abilities. Traversa is THE dead onshore rel world wave specialist. From the Aloha crew Bernd R. is freakin talented,the Japs are getting high and mighty. As for Ricardo I don’t think he will give it another try next year,but who knows ?

Im agree , Brawzinho and Koster currently in advantage over the fleet are good jumpers and wave riders in portack and Philip show this year a better sailing at hookipa, its not a surprise. Brawzinho is a master in starboardtack always.
New young talents are serious top ten in the next years , they spend a lot of time at water , if they know a little bit how the competition work may be people to remember.

Winning the world title without winning any of the contents is not so great. Some wave titles in the past have been given with one or two contests in total. Windsurfing must change direction and reintroduce the overall world title in order to be more mainstream again. In the minds of most of the fans Brawzinho is the best overall wave sailor.

Are you disagree about Philip Koster World title? He fought about the changes of Pwa rules this year, changes done for a World tour most fair ( according to the whingers) but still he won.Every sailor have the same chances when the season start.
If the next season Pwa changes again the rules we will see a new step to adulterate the game.

Many people complain when their favorite sailor doesn’t win.

Brawzinho doesnt have done what he needed ,sorry about him but also about victor , Ricardo and Jaeger all of them ,they deserved the title too.

Phillip said that his result in this year aloha is his best ever. That is not ok for someone with 5 world titles. I believe also Phillip is not satisfied with that and he will try to improve in these conditions.

“honestly this one feels different (different but not in bad mode). This title has been a lot of work honestly. Work means train , nerves and many things.
He improved in this kind of conditions, previous Alohas rank 33 and 9 this years. Is not ok for you All the Pwa sailors are fine and Philip super happy.