The Sa Barra Freestyle Contest took place on May 9 and 10 2015 at the Windsurfing Club Sa Barra on the island of Sant’Antioco in South Western Sardinia. The spot is well known by freestyle windsurfers and local Luigi Madeddu, who is himself a passionate freestyle windsurfer, built up a nice windsurfing infrastructure at a windy spot.

Two dingle eliminations were completed and the winners were Maaike Huvermann in the ladies category and Giovanni Passani in the men’s category, who just had his PWA debut in Podersdorf, Austria in the beginning of May. 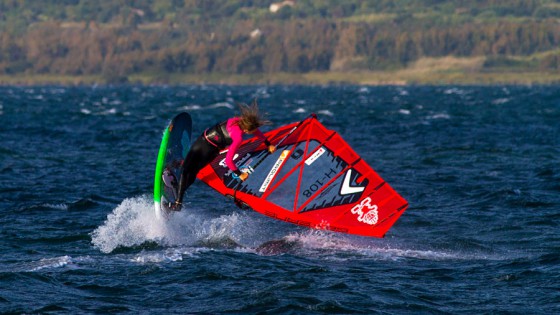