Ricardo Campello is ready for the wave title – Interview

3 times freestyle World Champion (2003 – 2005) Ricardo Campello is one of the most radical windsurfers. He is one of a few riders who is able to land Push loop Forwards ankle dry, who went for crazy triple Forward loop attempts and who invented many moves like the “Campello” (or Reverse, a Grubby in the wave) or “Voltwater“. But Ricardo is not only a great jumper, he definitely belongs to the best wave riders, too. The 32 year-old Venezuelan has everything what you need to win but he only won one wave event so far, the event in La Torche in 2014.

And even though Ricardo will compete without the support of a board sponsor for another year, he did not lose heart and is determined to pursue his dream of becoming Wave World Champion. We hooked up with Ricardo to speak about his current situation and his goals for 2018.

Continentseven: Hi Ricardo Campello, how are you doing? You injured your ankle at the event in Sylt. Have you fully recovered?

Ricardo Campello: Yes, I had some time off and at the end it wasn’t so serious and I just had to recover a bit.

You finished the year on the 8th place overall. That’s not where you want to be, right?

Nope, this past 3 years were horrible for me, nevertheless every year I feel better and better on the water, but I’m just not getting what I want. But I pressed the reset button and I am ready to go! 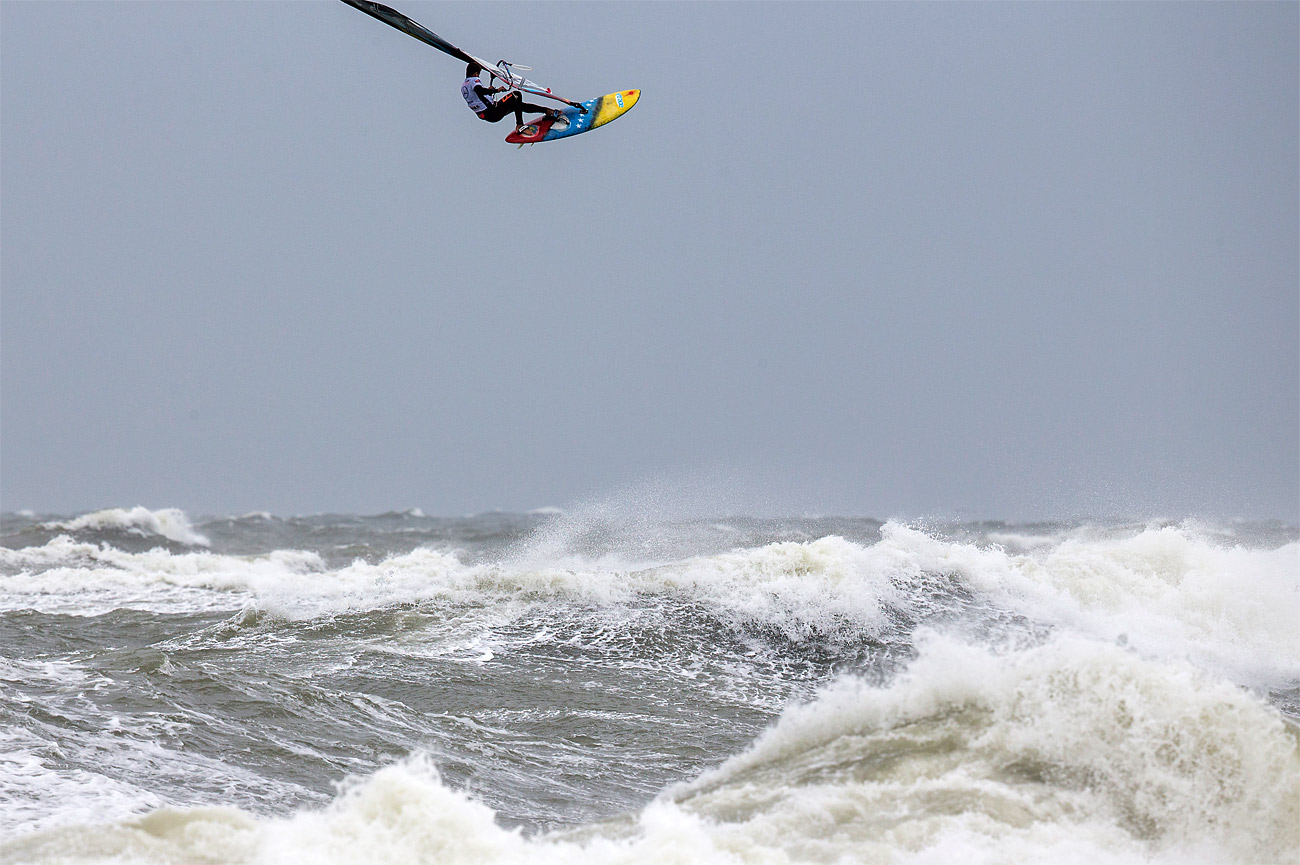 The level in waves is extremely high. Do you think you lost some ground because of your injuries and troubles with the sponsorship situation?

Nope, like I said before I’m feeling better every year and I am trying to not focus on the sponsorship situation, which was quite bad for me. Patrik did some really bad moves with me and for a few months I was very sad and demotivated about it.

How would you asses your level in the waves? Are you on the highest level ever or do you feel you windsurfed better in the past?

I feel good. I think I’m up there with the best guys and this year I will try to focus on my consistency. I think that’s it what might be messing me up a bit.

Philip returned strong after his knee injury, Marcilio rips harder than ever and Victor is incredible consistent. How are your chances to win a wave title in 2018?

They are all amazing and I’m sure they are even stronger this year. This year I will be focused more than ever and try to be on the top again! I’m hungry. I want it and I won’t be quiet until I will get it.

What’s missing? You had some amazing heats in Pozo.

I’m probably missing a bit of consistancy in some heats and to be honest sometimes I think judges underscore me a bit!

You invented some crazy moves like the Voltwater in the past. Why aren’t you showing them in your heats?

This move I only landed once or twice after Peter passed away. After that I couldn’t really land the Voltwater anymore, but this year I will focus to make a move to advance heats! I think it’s cool and should get a good score! (> Link: VoltWater by Ricardo Campello)

It would mean a dream, a dream I’ve been fighting for a long time and I’m sure it’s possible.

Many people ask the same question: who will be Ricardo’s next board sponsor? Do you have an answer?

Unfortunately not. It’s sad but the truth. Another year without a board sponsor will be tough. The windsurfing industry is getting worse and the budgets are tight and pretty much all the brands already have their own riders. I did get quite some offers, but the numbers were not in my favor.

You are such such a radical rider. Why is it so hard to find a board sponsor nowadays? Do you ask for too much?

I ask the price I deserve!

Did you ever consider to work on your own Campello board line? You already try to build up your own business with Campello Eyewear and Campello Vision. Why not a board line? Many windsurfers know you and you have a lot of fans with for example more than 74k followers on Instagram.

I would love to do it, but there are already a lot of competitors on the market and it’s not easy to create a board brand from zero. It’s a big investment and for now I don’t want to do something like that. Production prices are really high and the distribution channel is a big issue.

The rumors said that there are chances to see more wave events in 2018, with a few starboard tack tour stops. Wouldn’t that be great for you? 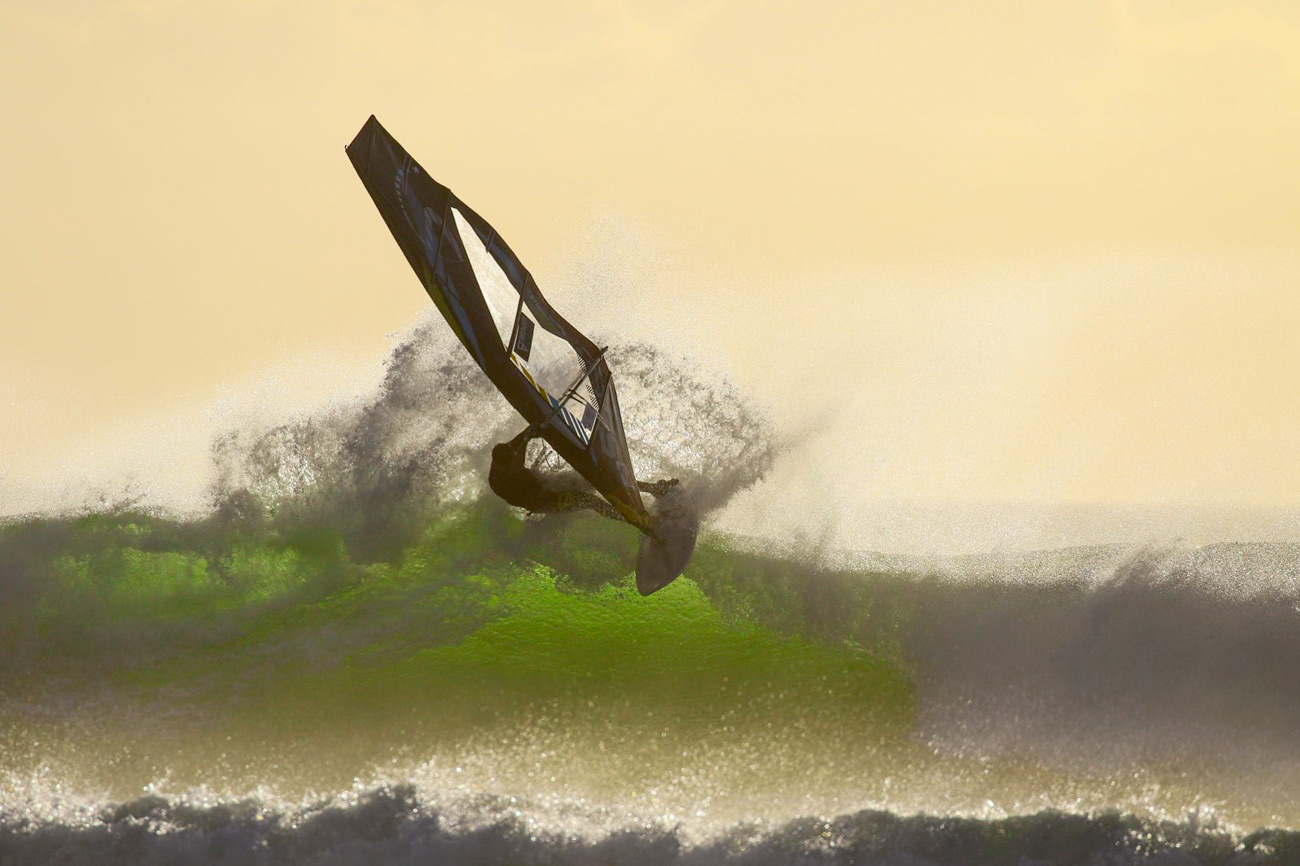 How will you spend the rest of the winter?

I spent a few weeks in Cape Town, South Africa in January/February, then I will be on Maui from the end of February until the end of April.

Do you still sometimes grab your freestyle board or do you prefer to go kitesurfing or surfing?

When Gollito is sailing and the wind is strong and there are small waves to jump I sail with him!

Is SUP or foiling something you follow as well?

I would love to have a foil, but so far I don’t have.

You once made a fool on April 1st that you will stop to compete on tour and just focus on traveling and producing videos. Mick Fanning did it! Will Ricardo Campello do that, too?

Maybe soon, but not this year. I am working on doing a web series about my lifestyle and I think the first chapter will be about Cape Town.

I don’t know. As long as the body holds and I can make a living out of windsurfing!

Who is Patrik ??
Campbello is one of the best surfer, taking risk and landing properly each move, he deserves to get a real sponsor!

Riccardo in Greece YOU are a KING!!! And great inspiration we don’t care about the title we have eyes and see please give us more videos of pure orgasm

Wow, the first discussion on C7 since 5 years (or even more). Perhaps some proper journalistic questions might revitalize the website!

Welcome back after 5 years! Where have you been all the years?

In general, I cannot imagine a windsurfing board company to be capable of financing a proper professional athlete’s life and career. Can you? I mean, a handful of guys with laptops ordering some ridiculously small numbers of boards in far east…

Has anyone valid sale numbers? In slalom and wave range, there are certainly larger quantities …Would be interesting and has been a discussion before here.
In general, I would like to know, in which way the sport evolves – especially regarding its industry, the world tour, other competitions and attractivity for beginners..

Perhaps RC should think how attraktiv (or portable) he is for any potential boardsponsor, when he has negative words about his former boardsponsor in public. Maybe someone should explain this talented und radical windsurfer, how these things work in the world of adults. 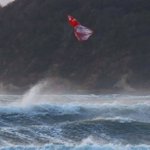