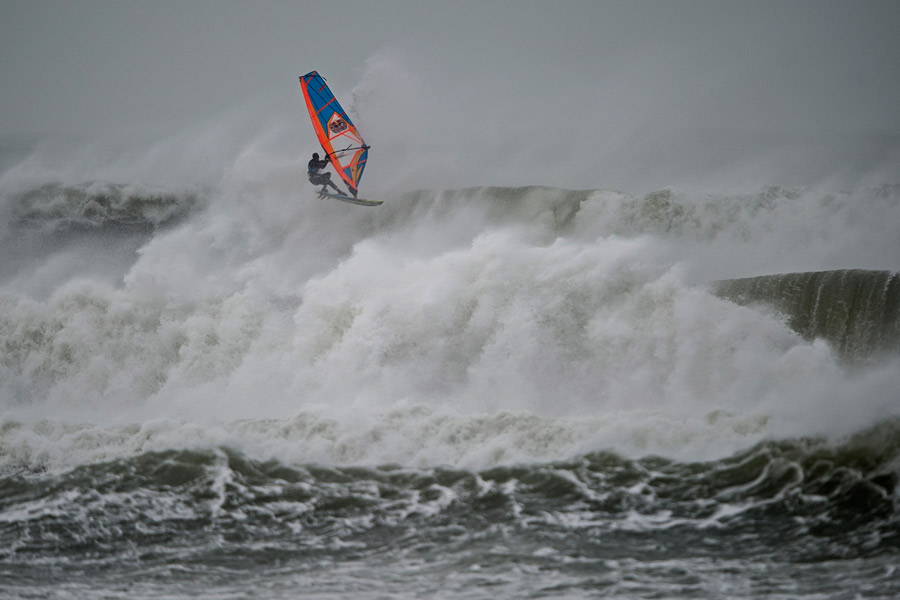 Cornwall, England, February 8th 2014 – The final and third mission of the Red Bull Storm Chase has started. After a tempestuous winter, the Atlantic Ocean is brewing perhaps the most intense weather system of the season for the most-challenging windsurfing contest of all time. The four remaining finalists Marcilio Browne (BRA), Dany Bruch (GER), Leon Jamaer (GER) and Thomas Traversa (FRA) have journeyed to Great Britain to compete in huge surf conditions and wild wind in the UK’s West Country region today.

We have caught up with Phil Horrocks, who won the last Cornwall Classic, to get his opinion about the spot: “Cornwall is an amazing place, it can really pick up some big swells and a lot of wind when the forecast is crazy like that!  I think the guys will find it super tough to even get out, depending on which spot they choose. Some of it could be too big and there will be a lot of water moving around so its actually quite dangerous too. If you don’t pick the right spot! A lot will depend not only on the wind and waves but the tides, there are some spots only sailable at certain  tides, you have a lot of cliffs in that area too, the last thing you want to see is our storm chasers getting stuffed into a cave under the cliffs if it’s gnarly?  With the volumes of water moving around out there, I’d think twice before going in for sure.. can’t wait to see these guys have a go though!” 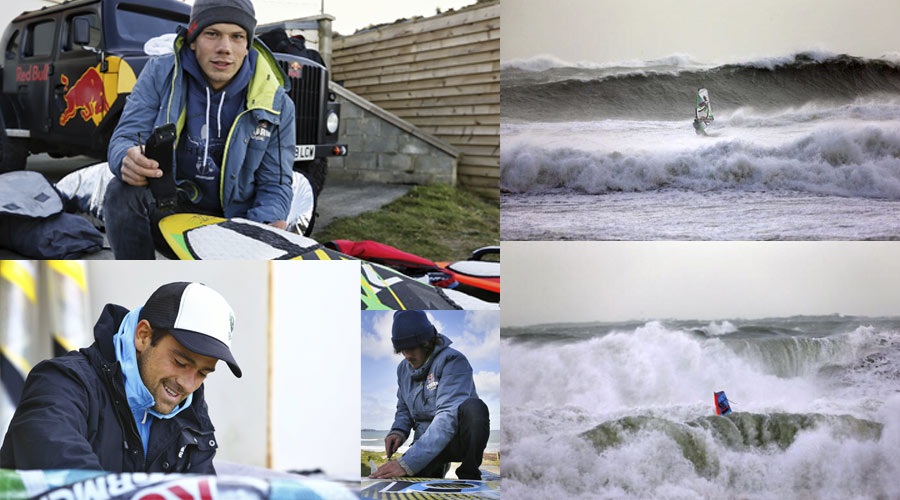 What happened on Saturday 8th?

The third and final mission of the Red Bull Storm Chase started on February 7th with the preparations at Corwall, UK. During the morning hours the four finalists had their first sessions at Gwithian. The surf was up and the wind blew with more than 100 km/h in the strongest gust. Check out the increase of the swell height and windforce at the Sevenstones Lightship Wave Buoy near Cornwall. You can see how much the conditions have increased through the last hours. After some heats the organization decided to move to the Bluff, another spot. The Bluff is located in the St. Ives Bay. It is said, it is one of the best wave spots with westerly winds and if the wind turns into south-west it will blow side-off. A lot of bottom turns and cut backs are possible.

Dany Bruch: “Today has been the worst day of my life…everything that could go wrong went wrong…snapped the board on first jump..snapped extension on the landing of first air..changed sail and got eaten by a wave and ripped sail…was getting washed all the time by some serious sets..what can I say…it was not my day…at all…fuck fuck fuck!”

Thomas Traversa: “Thanks everyone for the support !! It’s been a hell of a day, crazy sailing in the morning with the biggest whitewater ever, and really “fun” conditions in the afternoon, perfect for a big air fest ! Cornwall delivered! Let’s see how it goes tomorrow.”

Marcilio „Brawzinho“ Browne: „I was mostly on a 3.7 sail and my 84 litre board. The first beach was really hard but the second spot delivered really good conditions, especially when we got here at high tide. The waves had more wall and a good section to go for, but, as the tide dropped it was a closeout so you could get hurt easily as you have no place to go on the wave. But I had a great time and had fun and am looking forward to tomorrow.“

Leon Jamaer: „We had really, really big waves and kind of scary, messy conditions at the first spot, using 3.7 sail – fully overpowered. Then we moved to a second beach and scored really nice down-the-line wavesailing. It was a really good day, I got some good late hits – and some good late wipeouts also! Tomorrow will probably be a bit less wind and the surf a bit smaller but I definitely still need a few scores… I need quite a few jumps and then I’ll pick a few more waves and ride them well I hope.“

Head Judge Duncan Coombs: „At dawn I was still apprehensive of whether this monstrous swell would fill in, because it was just head-high when we first saw it, then we watched six-metre sets pitch-up and, after an hour, we saw 10-metre sets roll through. I was a bit nervous in the first heat about whether the guys could do anything in it as the rip was so strong and it was so big. Brawzinho struggled to get out the back. Dany did, and he looked like a tiny spec against the swells and had to pick his moment on when to come back in – it was a frustrating day overall for Bruch really – then Traversa slipped straight out the back and picked-up one of the biggest waves I’ve seen ridden in England, well one of them, it was ridiculous, a 30-foot wave. Brawzinho jumped amazingly in the first heat – I think he did nine jumps in total in 20 minutes.

Up at The Bluff it was firing, sideshore, 3.7 weather and some of the biggest hits we’ve ever seen. The outlook on tomorrow? I think the waves will get better and the wind lighter throughout the day so it could provide a good mix for the final test.“

The forecast for today is promising and competition is likely to start as early as possible once again before the overall winner of Red Bull Storm Chase Champion is announced. 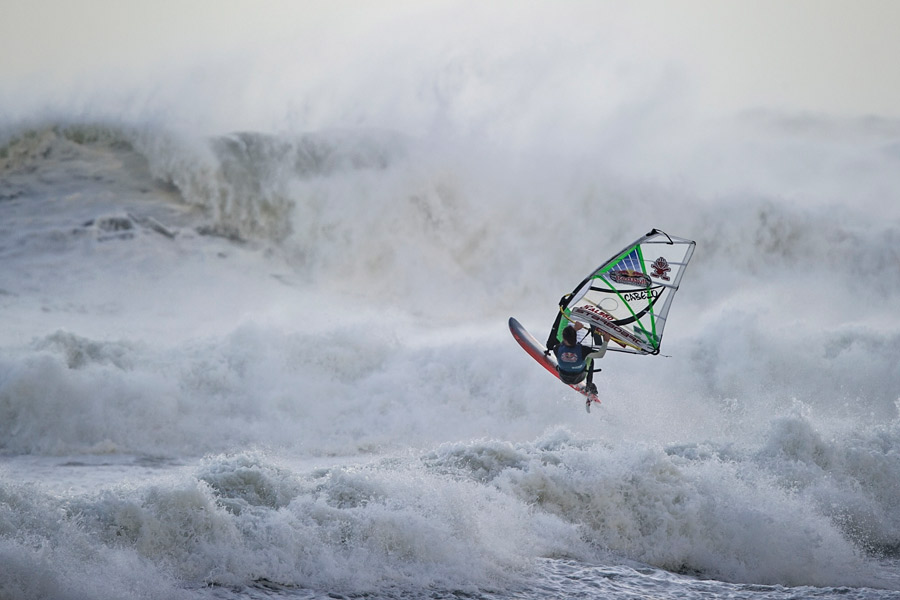