On the ninth day of the PWA World Cup on Sylt two races could be finished, which were won by Finian Maynard and Antoine Albeau. 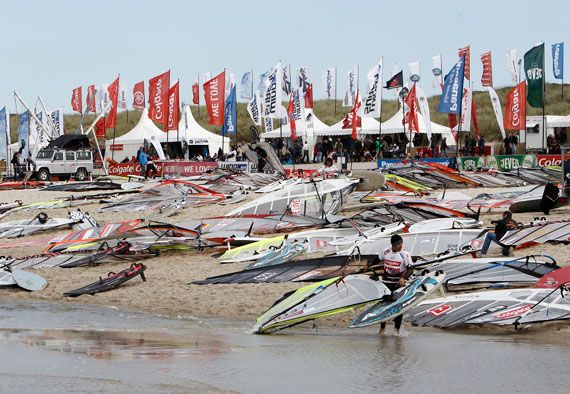 All the gear is prepared - Pic: HOCH ZWEI / Juergen Tap 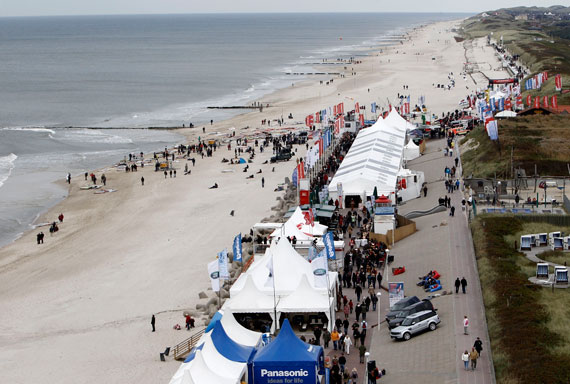 Again a cold wind from eastern direction welcomed the riders on the ninth day on the beach of Westerland. At 11:15 the fourth race got started in 15 to 25 knots. Again the course was set far outside, due to the offshore wind. The fourth race is always an important race, because it brings the first discard, which can change the ranking. One of the riders, who really needed that discard was Finian Maynard, who screwed up Race Nr.1 with an over early in the quarterfinal. A bit unlucky was the event leader Björn Dunkerbeck, whose harnessline broke in the semifinal, which resulted in a massive crash and due to this, he could only get through to the losersfinal.

The winnersfinal saw then a winning start by Finian Maynard, who definitely discarded his first race with this victory and which let him climb up the ranking a bit. The second place went to Antoine Albeau and the third to Cyril Moussilmani, who could not make it twice into the finals on the day before. 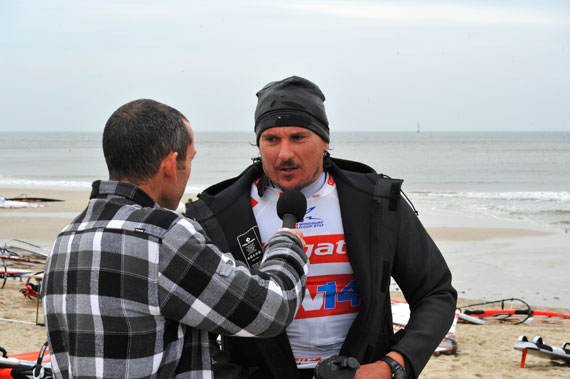 The second race got started at 14.00, with the same course. Unfortunately during the semifinals it started to rain and you could hardly see what was going on outside on the open sea. No contrasts anymore. Antoine Albeau got the best start in the winnersfinal of Race Nr. 5 and lead from the beginning on. Dunkerbeck was only on the 7th place after the start, but could overtake a few riders at the first mark with a nice jibe on the inside. In the end Dunkerbeck got second followed by Patrik Diethelm and Finian Maynard.

Definitely Antoine Albeau showed today that he is not without reason the current Slalom World Champion and with his victory today, he made the eventranking exciting again. 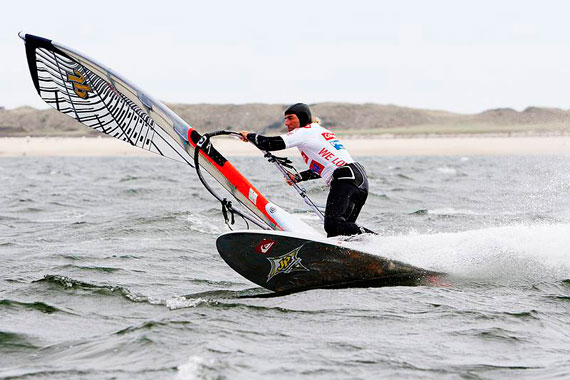 The weatherforecast for tomorrow predicts wind from more southeastern direction and a bit stronger. We will probably not see any wave sailing action tomorrow, because there is no swell forecasted. But there is a chance to start the freestyle double elimination. In any case the freestylers have an early skippersmeeting at 8:30 with a first possible start at 9.00.