Day 6 at Sylt started calm, with some knots offshore wind and no action on the water. The sky was deep blue and while the day the pro riders got interviewed on the stage. Yegor Popretinskiy told all people on the beach, how his life as aprofessional freestyle windsurfer from Russia looks like: “It´s quite hard to find sponsors. I work a lot in Dahab in the windsurfing center, where I run my camps.” Check out more about him on his webpage! 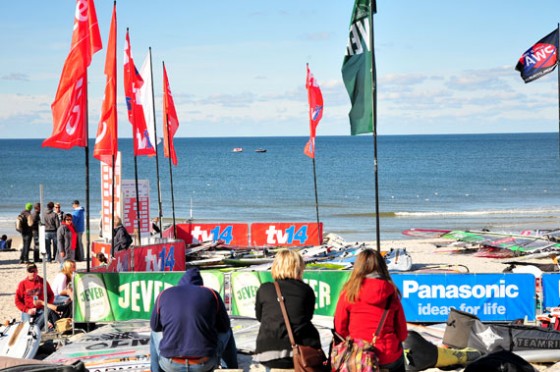 No wind on the sixth day - Pic: Continentseven/Susi Timm

Björn Dunkerbeck also gave an interview telling about his first days on the windsurfing board back in the 80ties at Maspalomas on the island of Gran Canaria, where he still lives. Have a look on Björns webpage, if you are interested to get a bit more infos about him, who currently leads the Slalom ranking here at the Sylt event. 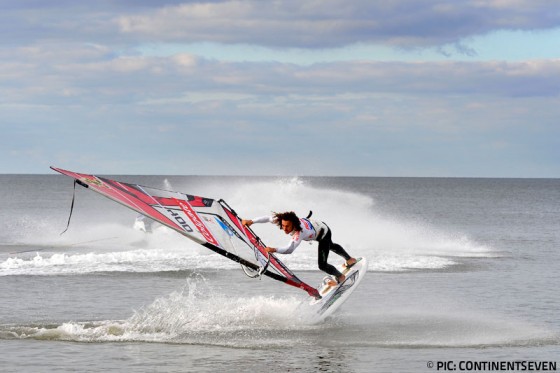 We saw a big show with clean moves and some extraordinary hard crashes. The riders got dragged by a jetski very close at the shore, where the spectators lined up. After they landed a move or crashed, they had to paddle, swim or balance it back to the beach and walk back to the starting point.

Taty Frans almost landed a double Flaka and made it in third position. Gollito could manage to stick a very nice Airflakas and Airfunnels 900. Steven van Broeckhoven slided through a perfect Airfunnel 900° and an impressive Culo. Ricardo and Nico landed perfect Flakas, which was not enough for the podium this afternoon. 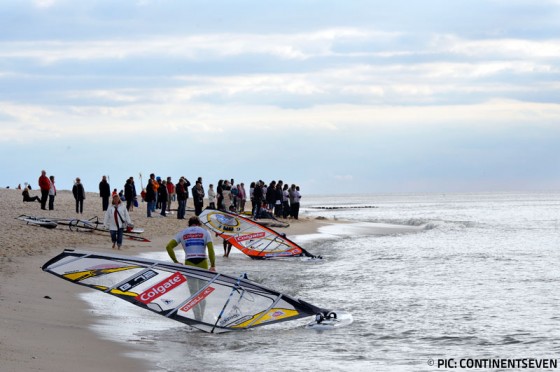 Taty and Steven walking back 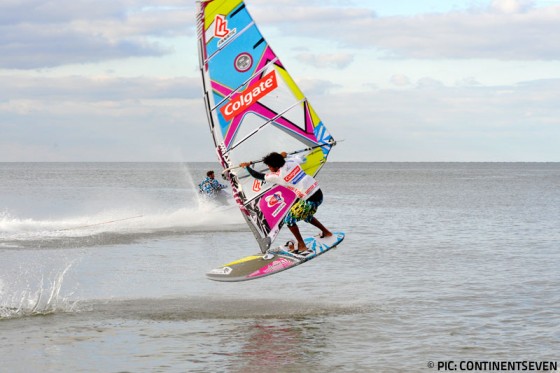 In the end the same 3 sailors made it on the podium, who already could finish on the podium in the freestyle single elimination: Steven, Taty and Gollito.

Taty, who made it in third place, won a box of Jever beer, but he does not drink any beer at all! Gollito received a jacket for the second place and Steven, who landed on top of the podium, got a Panasonic videocam. 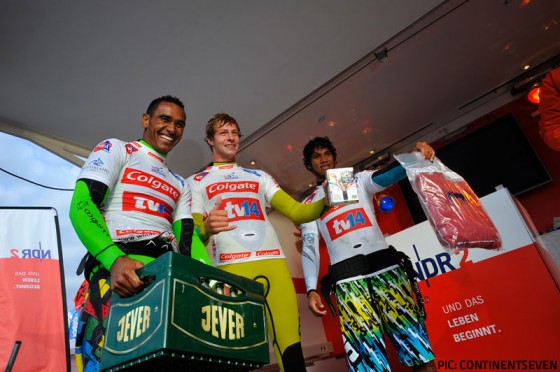 The forecast for tomorrow looks good and Slalom races should happen. Wind with 15 to 20 knots are forecasted. The skippersmeeting will be held at 10.00 with a first possible start at 10.30.

More pictures of the Tow in Session

Hi GP I just checked the Aloha Classic wesibte and found out has been postponed to next year.Well I guess I have to cancel my plans to get there on time.Do you know what happened?Thank you