Day 4 of the 2010 PWA freestyle event was definitely the day of the freestyle sailors. The had to pump and fight in stop and go conditions and had to catch every gust to land any moves and make it to the next round. In the end Taty Frans, last year´s winner and 2010 Freestyle world champion Gollito made it into the final beating Kiri Thode and EFPT champion Steven van Broeckhoven. 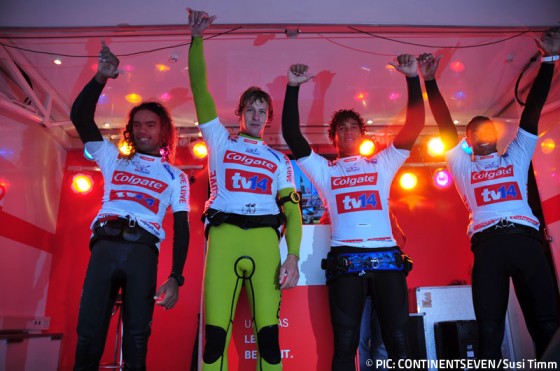 Let´s go a bit into detail. The single elimination got continued some minutes before 10.00 with the second heat in the second round. Most of the top freestylers made it into the top 16 except Kiri Thode, who lost against Ricardo Campello. Kiri protested against the decision, because out of his view Ricardo used a wrong board. The PWA crew checked out Ricardo´s board and recognized that Kiri was right. Ricardo got disqualified, also for the double. Perhaps a hard decision. But rules are rules! So Kiri was back in the game. 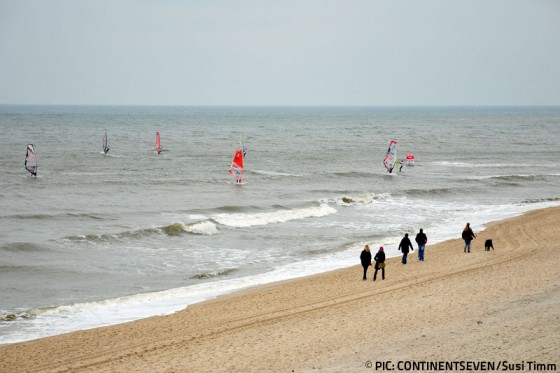 The conditions were extremely tricky. Gusty sideoffshore wind blew in the heat area. The riders had to seek for the windfields. In the beginning of the day the PWA extended the heat duration to 9 minutes and later the day to 12 minutes. Such a long heat duration gave the rider more chances to show 3 good moves on each tack.

Steven van Broeckhoven made it on his birthday in the top 4, fighting his teammates Davy Scheffers, who was back on form, and a very safe sailing Tonky Frans down.

Gollito Estredo kicked out Dominik Schönthal, Anthony Ruenes and Phil Soltysiak. He was on fire and landed so difficult moves in so less wind.

Kiri Thode sent his teammates Dieter van der Eyken and Nicolas Akgazciyan back to the beach.

Taty Frans won against Yarden Mair, Maarten van Ochten and Andy Chambers, before he eliminated Kiri Thode and Gollito Estredo made it through against Steven van Broeckhoven. 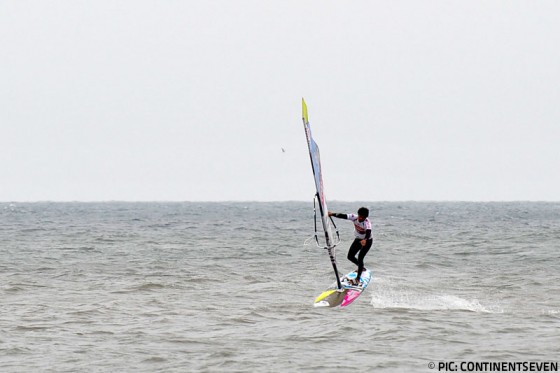 So we saw the final in between Gollito and Taty. Taty started off strong and took the lead with an Eslider and a Burner, but Gollito landed a Burner and a Goiter in the end and saved his victory in the single elimination. And Björn Dunkerbeck was right, who predicted that Gollito will take the victory in the interview before the final was held.

The plans are to go for a double elimination, if the wind should fit. Watch the statements of the two finalists!

Thode is a toad! What is this shit about a production board? Nowadays all production boards is total crap! I`m not pro rider but it`s hard to believe i`m send to garbage 2 or 3 boards a year! And everyone who sailing on my level does the same! A friend of mine broke 3 boards in a row(2 RRD and 1 Tabou) while making attempts for Forward into Spock! Yegor broke his brand new 2011 JP Frestyle at Fuerte in a heat, i cold understand that Ricardo took custom instead production:) Maybe we can invent some organization for the rigts… Read more »

i think it is kind of harsh to disqualify Ricardo also for the double elimination … shure rule is rule, but i gues Ricardo is good enough to kick some ass with a production board as well. Maybe he didn’t even think about it. Anyway i think he should be allowed to at least sail the double.