Day two at the this years PWA World Cup on Sylt saw an early start. All wavesailors had to show up at 07.15 at the beach for their first skippersmeeting. The wind blew through the night, but dropped in the early morning hours. 15 knots onshore wind and waves breaking in a lot of whitewater were not enough to start the wave event. So the PWA tried to go straight into the freestyle discipline. But the wind dropped even more. The first Slalomsailors rigged their 8,5 m to 9,6 m big sails. Björn Dunkerbeck went out as one of the first racers and proofed, that a race could be started. He was fully planning on his biggest gearset. The first possible start got announced for 10.00. 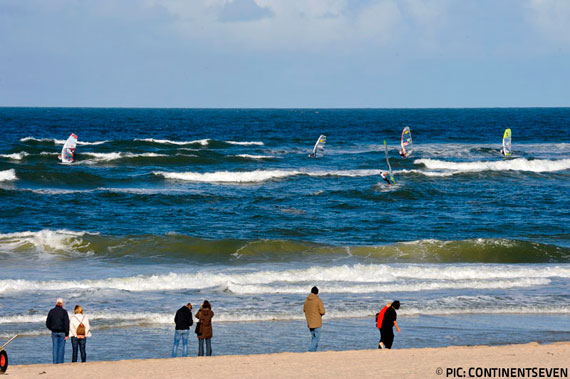 But the wind dropped more and the competition went on stand by. And the wind stayed light for the whole day.

Just the surf came in order: Robby Naish put a big show on the water ripping the clean waves. 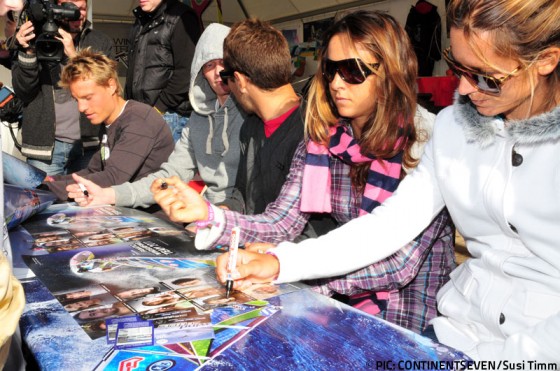 Many riders gave autographs at the tents of their gear sponsors, had a surf or SUP session or enjoyed the realatively mild temperatures. Thousands of spectators walked along the eventside, checked out the latest gear and inhaled some windsurfer feeling. 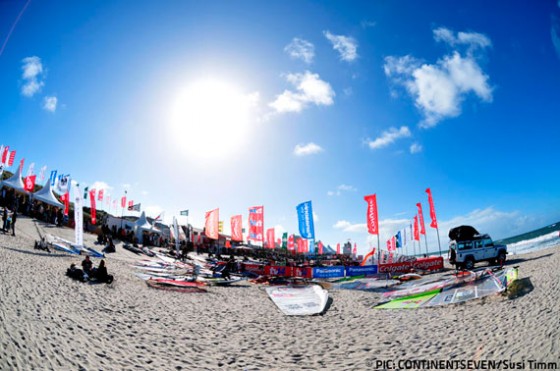 The forecast for tomorrow predicts stronger wind from northeastern direction. The wind will blow side offshore. We will see the Slalom racers far outside fighting for points. Some rain cold show up as well. Skippersmeeting is scheduled for 10:00 and the first possible start will be on at 10.30. Let´s see.

For more pictures you can as well check out our gallery from Sylt on Facebook: Continentseven Facebook

And make sure to follow the action as well live via the PWA Live stream here on Continentseven.