Sarah-Quita Offringa and Gollito Estredo are the winners of the second PWA freestyle event, which took place at the Costa Teguise on Lanzarote. After finishing the single elimination on the last day of the event and many re-sailed heats, the racedirector immediately continued with the double elimination. 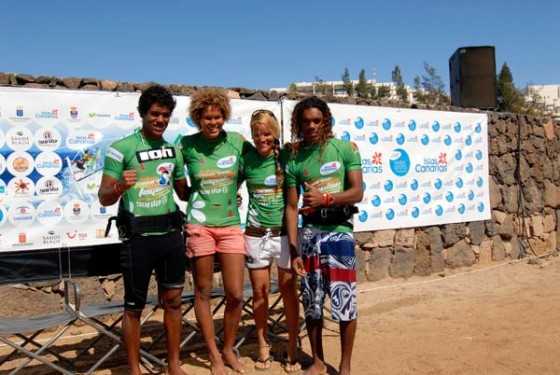 Congratulations to Tonky Frans, who could beat Phil Soltysiak and took the third place, although this heat was really close. So, watch out for Phil in the future… Laure Trebaux could beat Junko Nagoshi and made it on the podium as well. In the double elimination, which got started at 15:45, Daivis Parternina Teran from El Yaque showed his potentential. He sailed on Gollito´s sail and when watching, we sometimes thought it´s Gollito himself. He definitely will score big in the near future.

The ladies double could almost be finished. Xenia Kessler from Denmark could improve her result from the single elimination by beating Raskina and Alonso and finished 5th. The top four were the same like in the single elimination. Junko Nagoshi would have faced Laure Treboux, but the wind dropped at 17.00 and headjudge Ducan Coombes decided to finish the event.

In the men´s double elimination just 4 heats could be finished. So the second PWA freesytle event of the season saw again a result, but just out of a single elimination.

And the only PWA ladies freestyle competition of the season almost saw a double.

Here is a little video with the announcement of the winners of the Single Elimination and with statements from the PWA racedirector/headjugde Duncan Coombes about the finals and from the winners Gollito Estredo and Sarah-Quita Offringa. 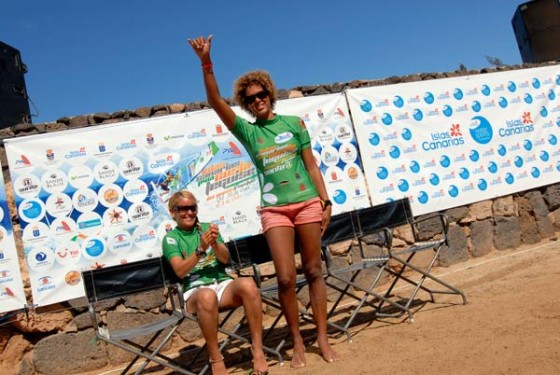 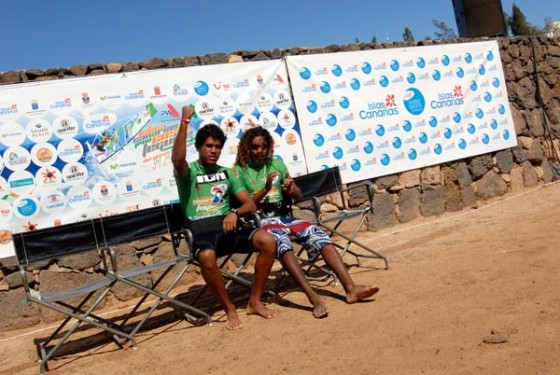