After four completed races the two sailors from France Antoine Albeau and Valerie Ghibaudo are leading. On the first two competition days Alacati presented itself with a lot of sunshine and really good wind. Gusts up to 30 knots. 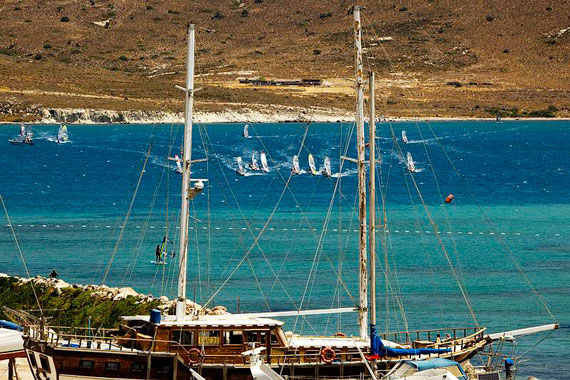 The first race was won by half a boardlength by Ross Williams in front of Josh Angulo.

Ross: “I had a good start with speed and then tucked in behind Josh. On the last reach I just thought, “I go for it” and went low to see if I had the speed to take him. I am not sure he saw me until the line, but anyway I am really happy to be in this position.”
But Ross could not continue with good results, a windhole in the second race caused a fifth place in the quarterfinals. From that moment on Ross did not find his form again and dropped to the 13th place overall.

Other sailors where winning. Antoine Albeau won the second race, Björn Dunkerbeck the third and Micah Buzianis the fourth. Again the topsailors until place 7 are very close in points and everything is possible. 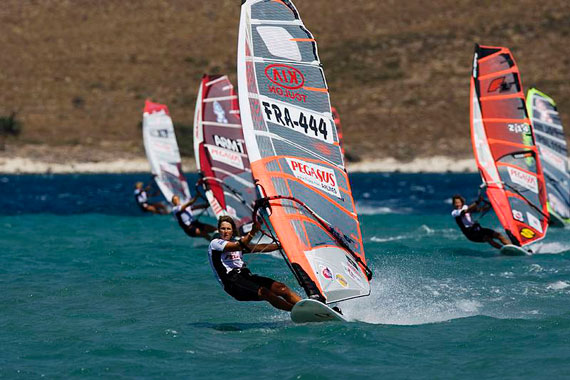 In the women’s fleet the first race saw an over early from Valerie Ghibaudo and she was forced to watch Sarah Hebert winning. But the other 3 races Ghibaudo ruled right from the beginning. With 3 victories and the over early as discard she is leading the women´s fleet.