It’s the last day of the World Cup Sylt. Foil races are going on at the moment. One Course racing, it was elimination 9, is completed. German Sebastian Kördel won the 9th elimination. One Foil Slalom was done. Alexandre Cousin won the 10th and final elimination. Congrats to the 23 year old Nicolas Goyard winning the Foil World title in 2019. Alexandre Cousin is in second in the overall ranking. Newcomer Luuc van Opzeeland jumped in third place with a strong performance on the final day. The prize-giving was held at 3.00pm

It’s the 9th and penultimate day at the Sylt World Cup. The wind fits perfect for the foiling competition. Today the PWA runs the new established format of foil slalom. The plan is to merge windsurfing and foiling to fin & foil Slalom in 2020. It could happen that windsurfers and foilers are in the same heats. Course racing on the foil will be separated from the Slalom and will be an extra discipline, what Formula was in the past.

Let’s see if foiling will reduce Slalom events. The foiling works in really light wind, but is even closer to sailing in our opinion. For specific conditions, event sites with low wind or for the Olympic discipline it’s probably a good development. Foiling gives racers with a Formula background or Olympic windsurfers a chance to compete on the professional windsurfing tour. Let’s see if foiling will make it into the PWA freestyle discipline, too. And in waves: will the first Aloha Classic winner (1984) Alex Aguera or Kai Lenny start in the this year’s Maui event with their wings on the foil boards ???

Matteo Iachino won the fifth elimination, a Foil Slalom and Amado Vrieswijk made it in second. Nicolas Goyard won the sixth elimination, a Foil Slalom, too.Slalom and course racing will be mixed today to give all competitors a fair chance. Elimination 7 and 8 are in the Course Racing format again. Thomas Goyard won the 7th and 8th elimination. The young French man dominates the Foil Cours Racing discipline on the PWA World Tour at the moment and leads in the World title race.

Tomorrow is the final day on Sylt and further Foil eliminations are planned. The first possible start is scheduled for 10:30am.

It’s the eight day at the Sylt World Cup 2019 and the Foil competition is on and running for the first time in this event. The battle for the 2019 Foiling World title is on! There full fleet races are completed. Thomas Goyard is leading after 3 races. The 4th race was a foil Slalom and Matteo Iachino won. Looks like it will be a close battle for the 2019 World title. It’s over for today and the first possible start is scheduled for tomorrow at 11:30.

Today is the seventh day. 4 more days are left. The wave and freestyle competitions are done. Congrats to Sarah-Quita Offringa and Thomas Traversa winning the wave double eliminations in extreme conditions. Congrats to Amado Vrieswijk winning the freestyle double elimination and Yentel Caers, the third Belgian, winning his first PWA freestyle title. Amado made it in 2nd and Steven van Broeckhoven with a fantastic comeback in 3rd place.

Now it’s all about the men foiling World title. All riders are released for today. A first possible start is set for 9:30pm tomorrow, October 4th. 31 riders signed in for the third and final event of the season. At the moment Matteo Iachino is leading. Pierre Mortefon and Amado Vrieswijk are in shared second place. Alexandre Cousin, who is in 4th, has similar points, but just less good results. It’s a very tight battle for the 2019 title. Many riders have still the chance to win.

31 riders signed in for the final foiling event on Sylt (Source: PWAworldtour)

Today was the sixth day out of ten event days in Sylt and the completion of the men’s double elimination was on the program. The conditions were rough again with onshore wind, heavy rain showers and up and downs in the conditions. And it was the day of the decisions about the event victory and the PWA Freestyle World title 2019. Not only the event winner needed to be determined, but also the Freestyle World Champion title. The title contenders Yentel Caers and Youp Schmit won their second round heat. Youp then lost in round three and he was out for the title race 2019. Yentel was still in and needed to win 2 more heats to win his first PWA World title. Amado Vrieswijk and Steven van Broeckhoven only could watch and wait. At 15:45 Yentel Caers won in close battle against Antoine Albert. This victory secured Yentel the 2019 Freestyle World Champion title. Congrats Yentel to your first PWA Freestyle title!!

Now it was about the event victory. Gollito stormed through the double winning 6 heats in a row against Antony Ruenes, Francesco Cappuzzo, the new World Champ Yentel Cears, the former World Champ Dieter van der Eyken, team mate Adrien Bosson and former Freestyle World Champ Steven van Broeckhoven. The final against event leader Amado Vrieswijk – the wind went down a bit –  was close, but Amado managed to win. Gollito landed an Air Chacho just after the buzzer, a bit too late and wasn’t able to force Amado into a Super Final.

After the victory Amado said he is still disappointed, that he couldn’t win the freestyle title this year, although he won two out of three events in 2019. But he also mentioned, that Yentel was the most consistent rider at all events with a 4th place in Bonaire, a 2nd place in Fuerteventura and a 6th place in Sylt. Only 50 points separated them in the end. It’s definitely the season of the 24 year old Belgian, who won the EFPT title dominating at all events. He as well won the tow in event in the Engadin, Switzerland. Amado competes in all disciplines, what’s a tough program. 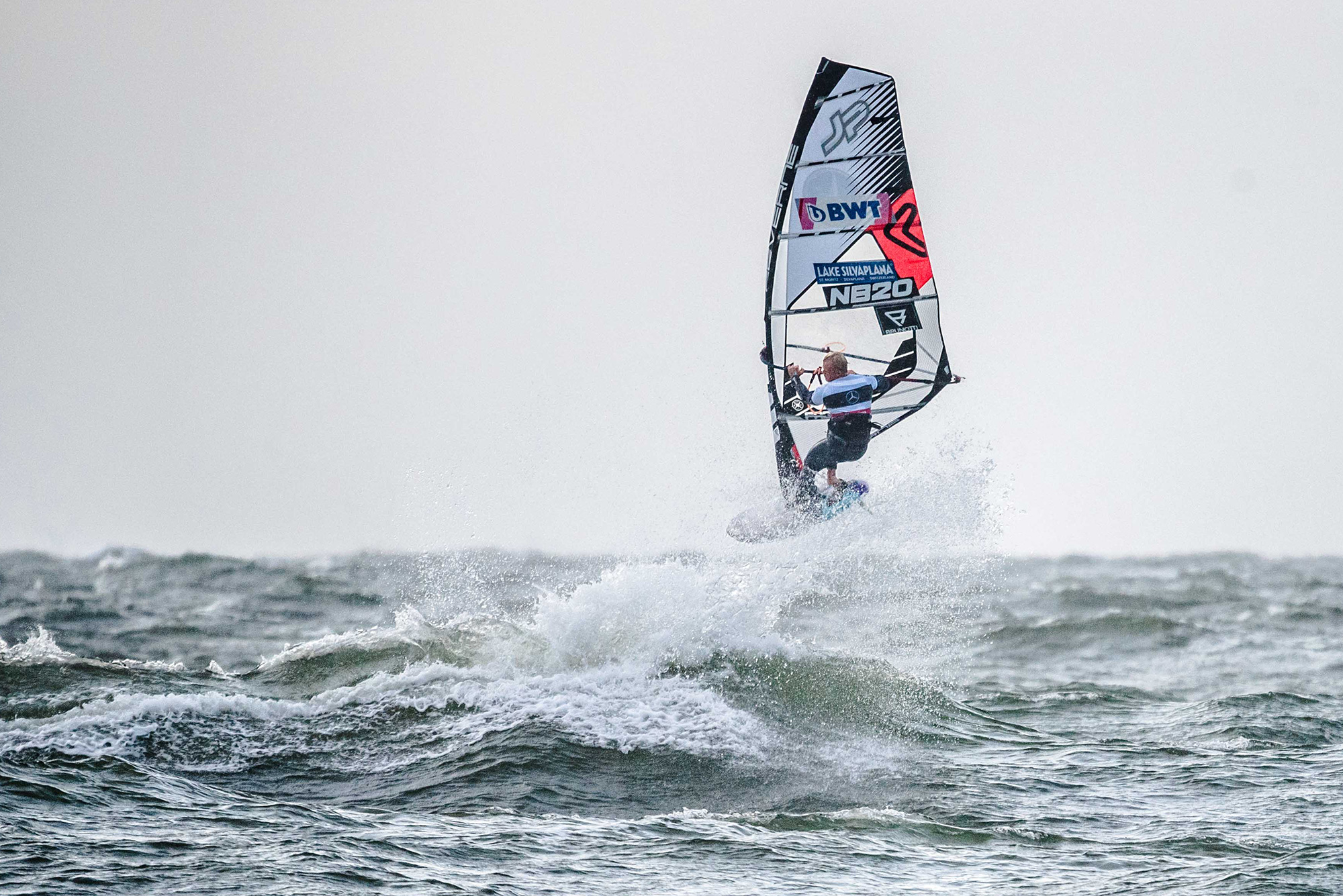 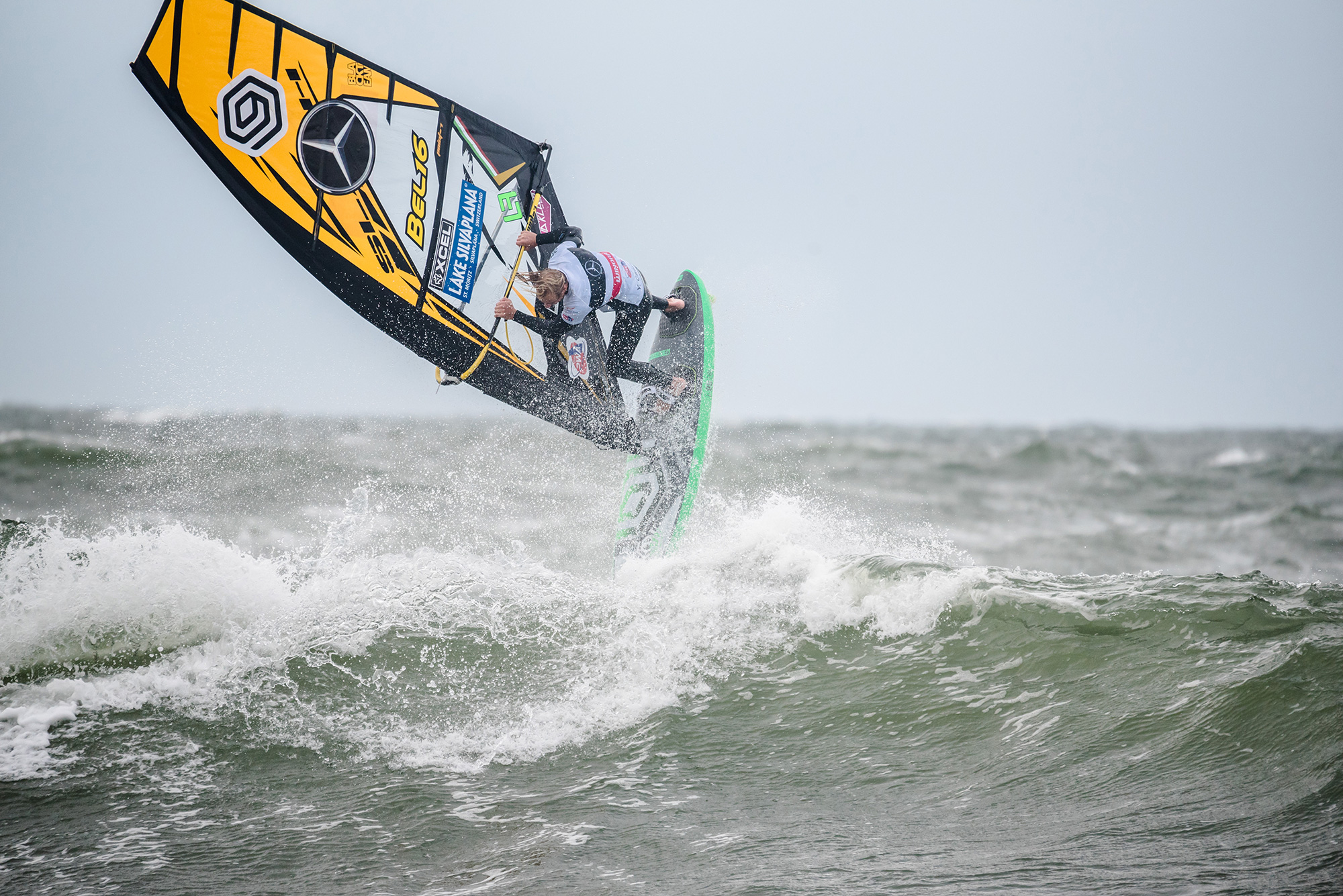 PWA World Tour Calendar 2020
15. February, 2020 by Dorian
The sad truth. Classic cronyism from the UK guys. They killing the professional development of windsurfing ...

PWA World Tour Calendar 2020
14. February, 2020 by Mart
I agree with you, if PWA wave/freestle gave away the licencing to crown world champion and ...

PWA World Tour Calendar 2020
13. February, 2020 by Banzai
I think this new star ranking system is deliberately complicated. How will anyone bother to join ...