The windforecast for the third day of the PWA Surf Worldcup Podersdorf was better than the days before, but in the end it was again a day with light wind. 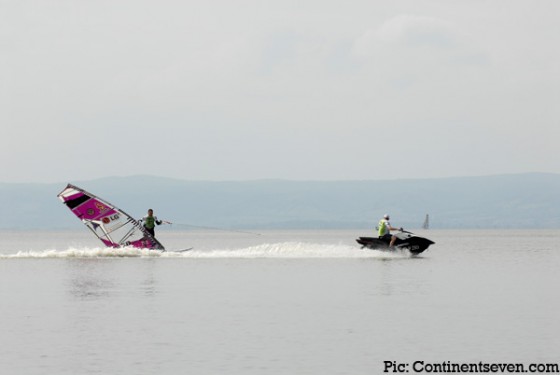 Max Matissek being towed over the glassy water

In the afternoon the same sailors from the ramp action of the day before, took part in the tow-in competition close to the beach. It was the Belgium windsurfer Steven van Broeckhoven, who made the best moves after being towed by a jetski with full speed. A perfect Culo was the winning move. On the second place came Taty Frans, who did a nice one handed double Flaka. Third place went to Nicolas Akgazciyan from France doing a no-handed Flaka.

Tomorrow could be the start of the PWA competition. There is a good chance to have some wind from southern direction. 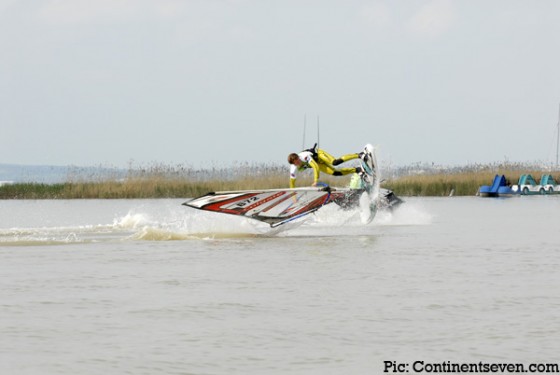 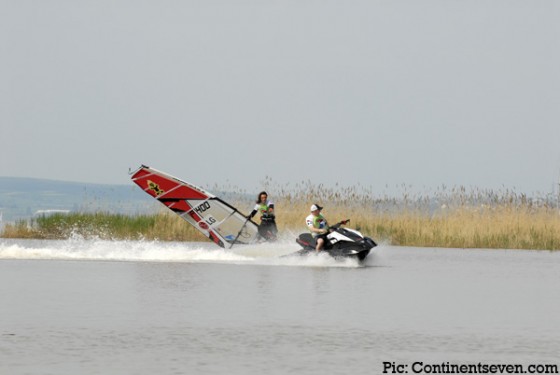 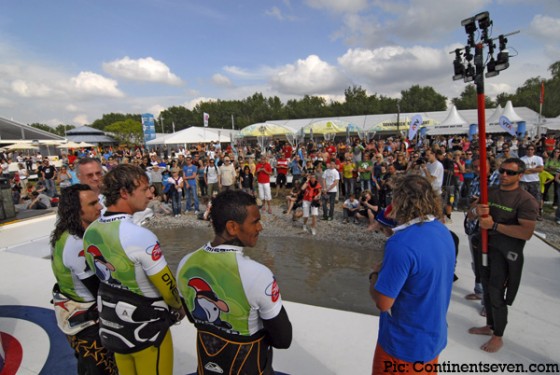 The winners in front of the crowds 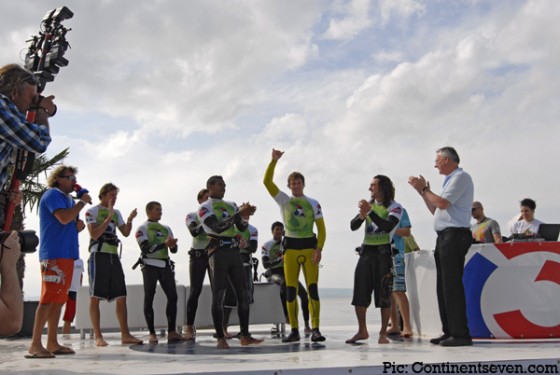 Steven winning in front of Taty and Nicolas