Everybody hoped, the forecast for today could be wrong and was looking forward to the fifth day of of competition in Podersdorf to finally start the first heat. The skippersmeeting was set for 6 o´clock in the morning only to meet again at a windless beach in Podersdorf. Again, the riders had to wait the whole day for the wind but in the end only rain arrived. 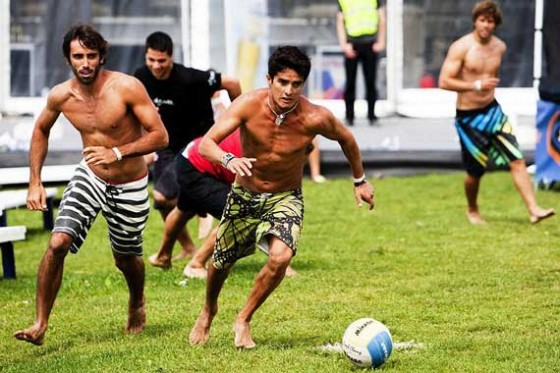 Yesterday people had the chance to send questions for the freestyle pros. Some of the the questions were selected and Tonky Frans, Kiri Thode, Steven van Broeckhoven and Gollito Estredo were answering the questions in front of a videocamera. The result you can see in the event video of day number 5. 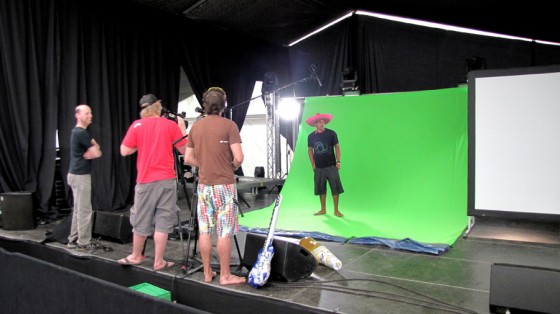 Tonky answering the questions for the film team - Pic: Continentseven

In the afternoon the riders organized a soccer match Southamerica against Europe. After the second half and overtime the match was still drawn. The penalty shootout made the decision and crowned the Southamerican team as the king of soccer in Podersdorf.

The rest of the day it was the same picture like yesterday. Some of the riders borrowed SUP boards to get at least a bit of watertime or were working on the computer or just changing from one place to the next.

After a frustrating day of waiting for wind, the competition was cancelled. The forecast for the last day of competition is changing all the time, but the organizers remain hopeful and the head judge of the PWA set the skippersmeeting again very early, for 5.30 am.

You guys should have had the competition down here in SF bay, California, Wind never let you down from April to October!