The this years PWA tour will see the ladies Slalom final from tomorrow on in France, Almanarre. It´s the fourth event of the successful 2010 Slalom season in the ladies category, which already saw tourstops in South Korea, Spain and Turkey. The final will be held from the 4th till the 8th of September 2010. 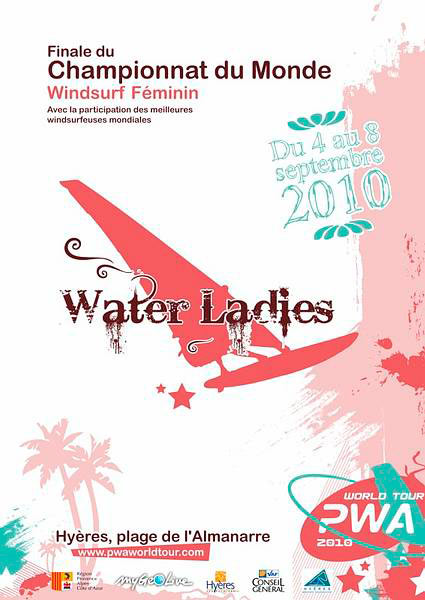 The fourth event will be an exciting one for the positions 2 and 3, but not for the title. On the one hand it will bring a discard, on the other hand Karin Jaggi only has to register to win the 2010 Slalom title at Almanarre. Her hardest opponents in the this year´s season were Sarah-Quita Offringa, Alice Arutkin, Sarah Hebert and for sure Valerie Arrighetti, who missed the first event at South Korea. The last years worldchampion Arrighetti decided to compete at the prestigious long distance race at Defi Wind, where she could win, but missed to score necessary points for the overall ranking at South Korea, which took place in the same period of time.  So she can not win the title anymore because of missing one score. If Valerie would take another victory at Almanarre, she would have the same results as Karin Jaggi on the sheets including the discard, but has attended one event less overall.

The PWA press chief Paul Griffiths described the situation as following: “However, close scrutiny of the PWA general rules (section 1.15.5 – Ties) has revealed that even if Arrighetti were to win in Almanarre and therefore match the current tour leader’s counting results she would not be able to take the world title from her, as long as Jaggi actually enters Almanarre. This is because the tiebreak would go down to the sailor with the greater number of firsts, seconds, and so on. Which, at a glance looks like they’d have the same, but in actual fact Jaggi would have one higher score simply for entering the final in Almanarre compared to Arrighetti’s non existent score for not entering Korea. Therefore, Jaggi’s 2010 slalom world title is well within her grasp, and would only slip out if she fails to turn up in France!” 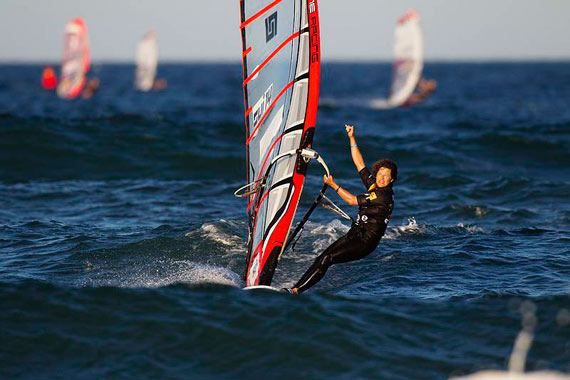 Despite this situation all top sailors will go for 100% and will try to win the event in the South of France. The biggest contenders are Karin Jaggi, Valerie Arrighetti, Sarah-Quita Offringa, Alice Arutkin and Sarah Hebert. But for sure Fanny Aubet, Cagla Kubat, Lena Erdil or Morane Demont will fight hard in the finals to make a step forward in the overall ranking. Valerie and Sarah-Quita Offringa are in the best position to make it on the podium in the overall Slalom ranking 2010.

The windforecast for Almanarre looks ok with dominating east winds from monday on. Check it here! A strong Mistral should arrive a bit to late!

Have a look at the current PWA Slalom ranking in the ladies category!