Today was the first day of the freestyle competition in Fuerteventura. After the registration and the 1st skippers meeting at 12.00pm the competition kicked off with a qualification heat for the men’s main fleet. Lucas Nebelung, Nil Bacon, Eugenio Marconi and Dimitri Bratanov were battling for the last two remaining places in the men’s main fleet. In the end Eugenio Marconi and Nil Bacon showed the best performance and qualified. 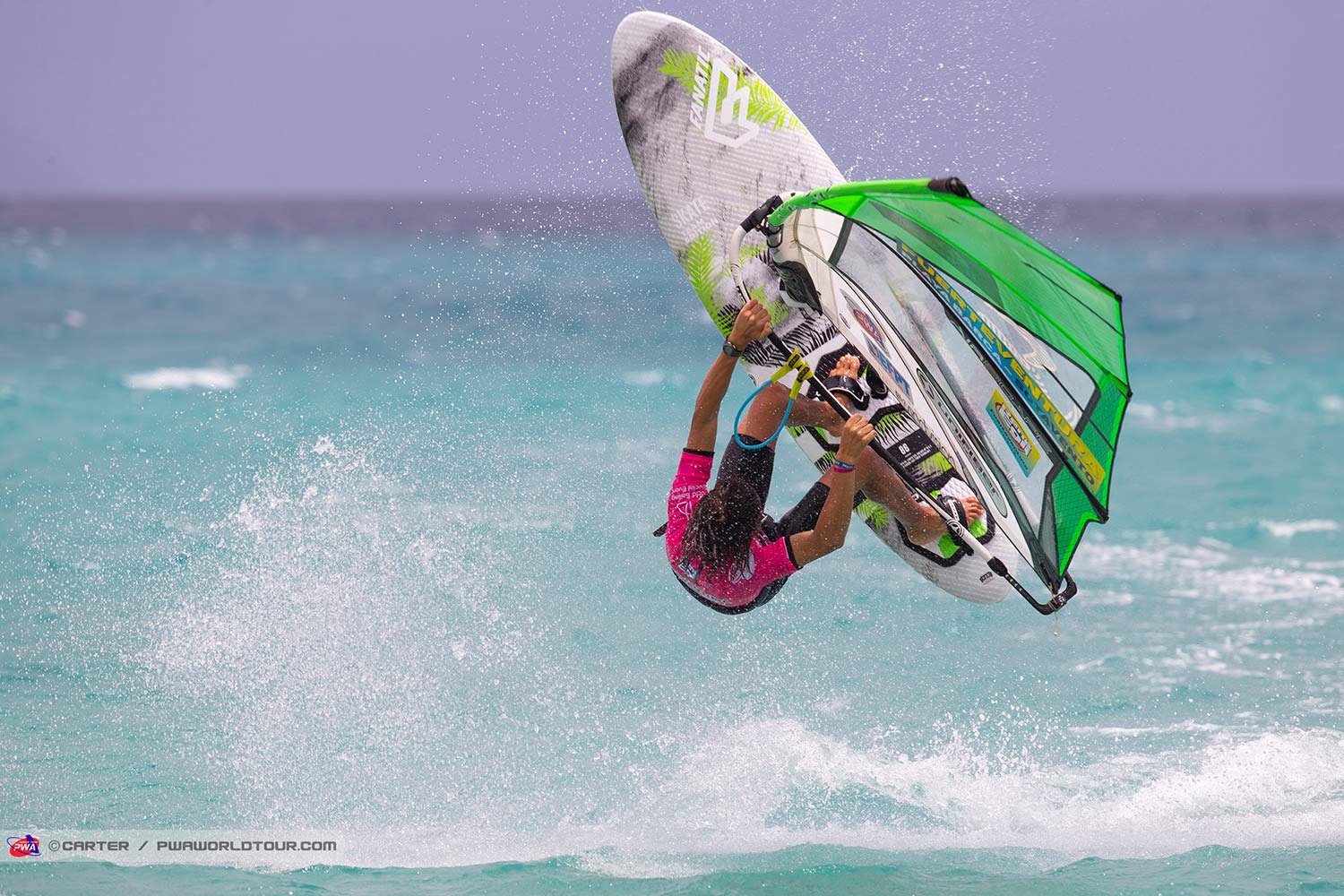 After this qualification heat the juniors competition kicked off with 13 participants. Corto Dummond won the U-20 elimination in front of Takuma Sugi, Lennart Neubauer and Nil Bacon. The youth riders showed great skills and landed cleanest freestyle moves like Konos, Shakas, Culos..

In the boys under 15 category it is 11 year-old Takumi Moriya surprised everyone with his great style and skills. He dominated the age group and won all three rounds in front of Val Erzen, Janus Wikle and Matas Bay local Ancor Yone Sosa Kather. The young gross landed perfect Flakas, Spocks, Esliders, Forward loops or half Konos. So impressive and great to watch.

In the Girls under 20 category only two girls are competing. Lina Erzen and Alexa Escherich. Only one heat got completed and we saw Lina Erzen winning this heat. Severnesails just announced to sponsor the youth event and will hand out nice prices!! 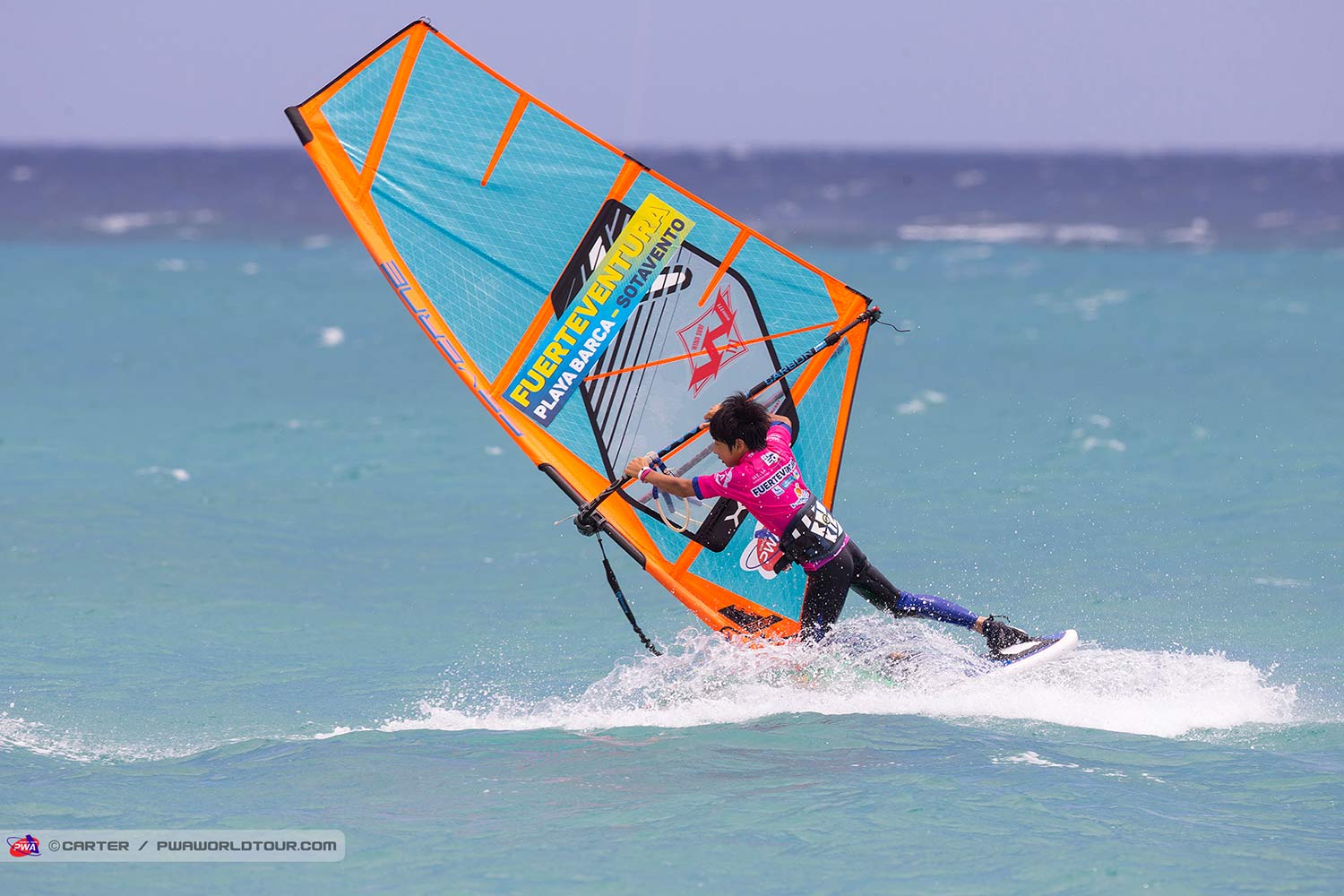 After the juniors competition the men’s single elimination -the men battle for got started and the first 10 heats of the men’s single elimination got completed. The heat duration was 8 minutes and 4 moves from to count on each tack. As it is only a 32 men fleet the race director Duncan Coombs decided to run the heats in a 2 men format, what’s great for watching and filming. All favorites advanced to the next round. Davy Scheffers, Jacopo Testa, Nicolas Akgazciyan, Amado Vrieswijk, Mattia Fabrizi, Dieter van der Eyken, Antony Ruenes, Adrien Bosson, Balz Müller and Steven van Broeckhoven made it into round 2 of the single elimination. Steven had the highest heat score of the day with 159.8 points.That was an extremely strong performance b yet former freestyle World Champion! Antony Ruenes and Taty Frans had a big battle. It was a tight heat. In the end it was the stylish French rider Antony, who defeated the Bonaire local by less than 3 points (151.1 vs 148.9). Adrien Bosson had 145.3 point son his heat sheet and Swiss hotshot Balz Müller 140.4 points. 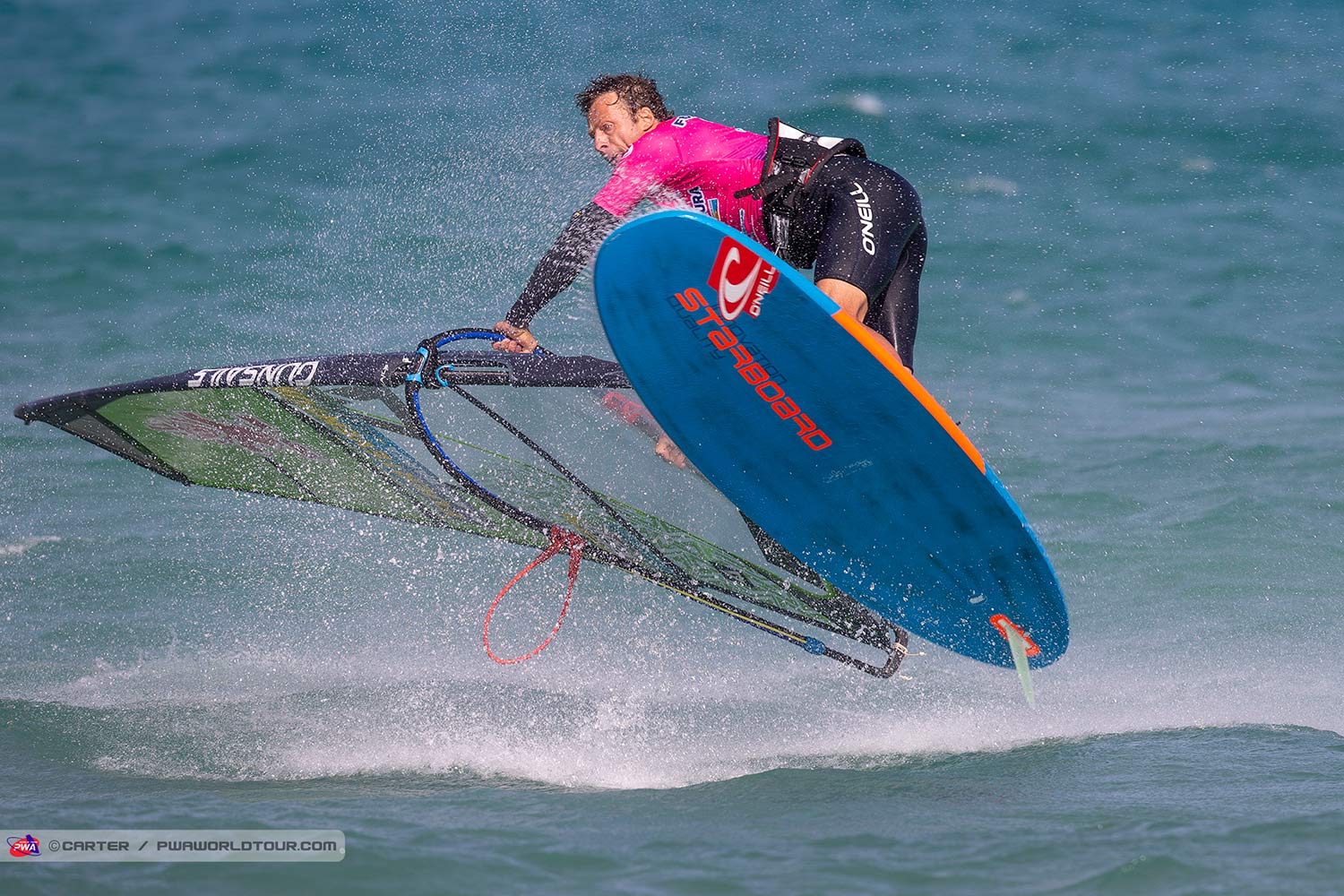 The women were released on day 1. The action will start wit the skippers meeting on 10.30am on day 2. Let’s hope the wind will be on. The first possible start is scheduled for 11.00. The high tide will be around 13.47pm and the lagoon will fill with water.

The single elimination ladder of the men after day 1 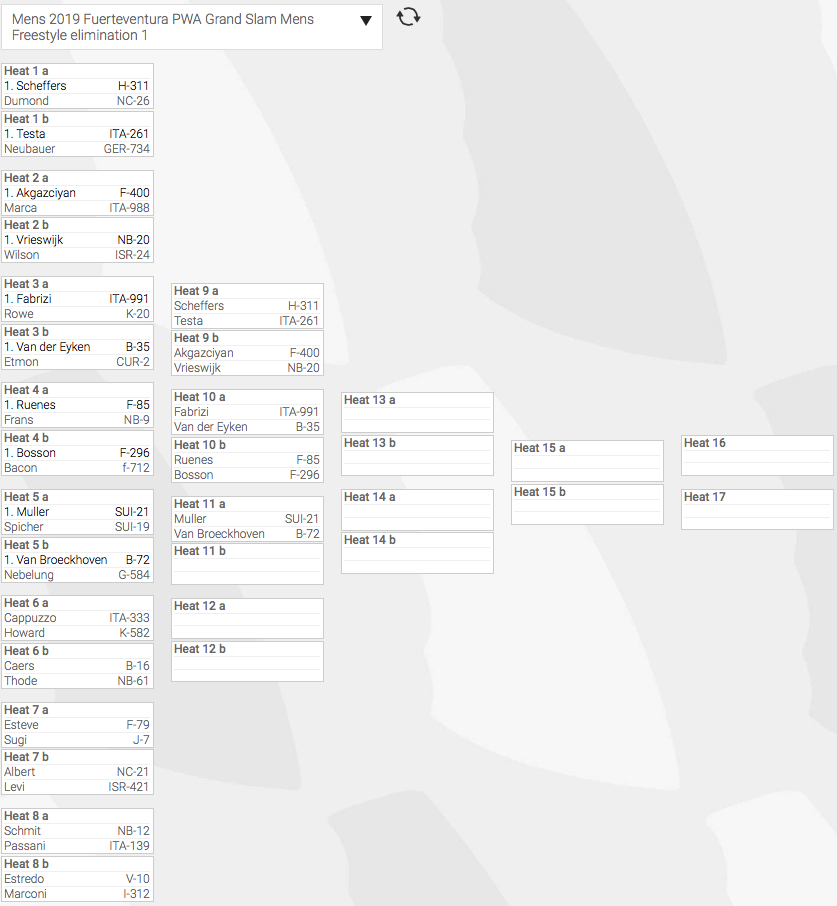