The final day at Bonaire, Lac Bay saw excellent wind conditions with over 20 knots. The double elimination of the ladies and the men could be finished around midday. Sarah-Quita Offringa could beat Laure Treboux in a final, which was probably the ladies final with the highest difficulties in terms of sailing ever. Congrats to both of them! Here are the full results of the ladies! 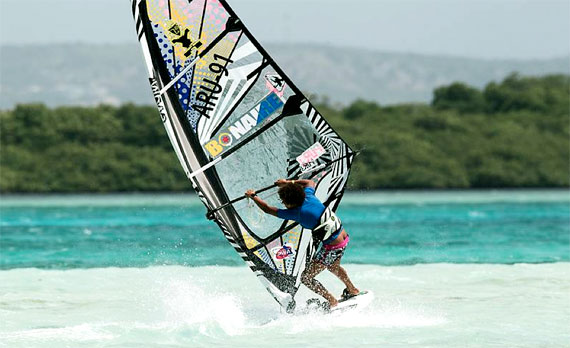 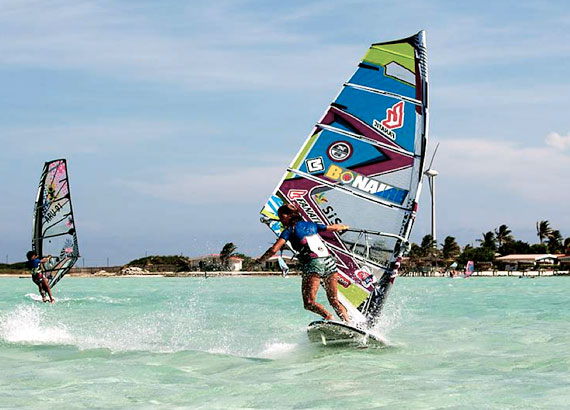 Laure made it in second and challenged Sarah-Quita (Pic: PWA/Carter 2011).

Here are the full results on the men category! 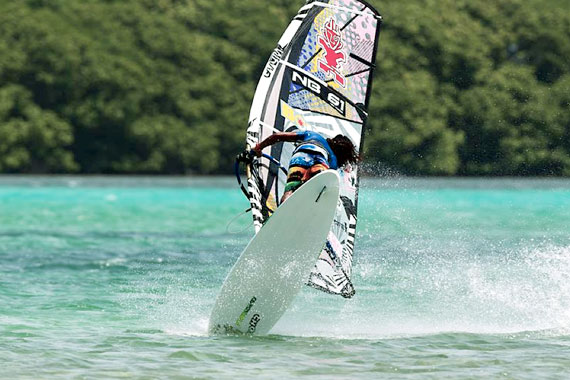 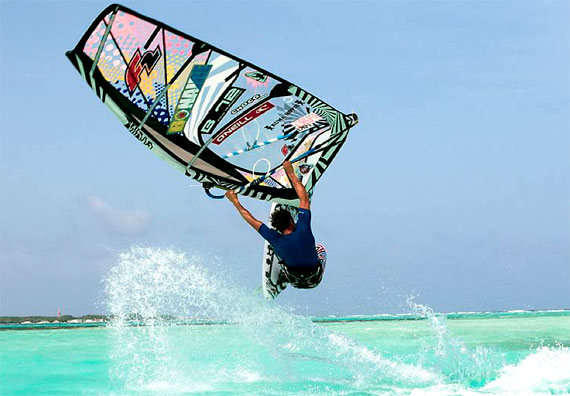 At 14.30 a supersession had been started! Antony Ruenes from France could win, in front of local hotshot Björn Saragoza and 4 times worldchampion Gollito Estredo from El Yaque.

Congratulations to all winners! 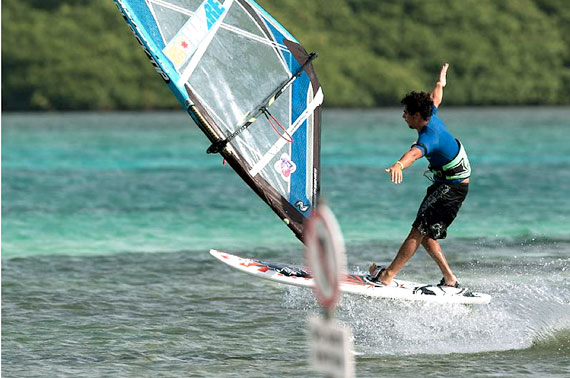 Antony Ruenes could win the supersession on the final eventday (Pic: PWA/ Carter 2011).

This event was probably the event with the best freestyle we ever saw since the New School freestyle discipline got established on the PWA tour!!

Our man at Bonaire, Dieter van der Eyken finished in great 6th position and his detailed report on the final day will be on tomorrow!!! 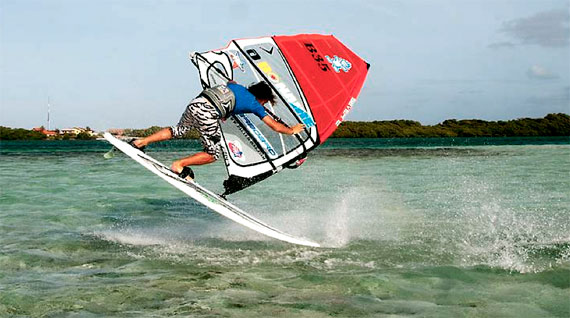 Dieter likes to get some airtime and finished overall in 6th (Pic: PWA/ Carter 2011).

@Dieter: I think you have never cut and edited an event video! You have to mind that they had, I think, 4 or 5 days of windy action and the last heat took place yesterday. Finding the best moves or clips out of maybe 10 hours of videomaterial is not so easy and it takes some time. After you found you have to author them, cut them, edit them, find some music and do a kind of soundtrack with it. And all this takes some time. So many people complain about the Kuma Movies because “they are too long”, “they… Read more »

So sorry, this is no spam, but i have to complain to hav’nt seen any compacted video from the whole event, only the live show. For me, at least, it was not possible to stay the whole day at the screen to wait for the finals. Following, I could not watch any of the big names, nor any action with a nice camara position. I strongly hope, that a usable clip over the whole event follows soon, otherwise it would be a pitty not to have seen any awesome action from the Pros. So, hope for a compacted video soon.… Read more »