Dunkerbeck and Jaggi conquer a mentally grueling day on the golden sands to claim their crowns in Catalunya. 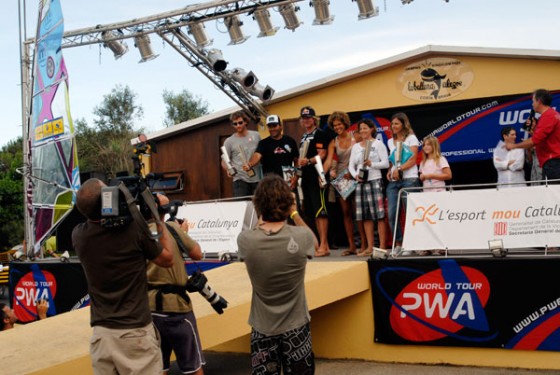 By midday a gentle breeze began to build creating a tense atmosphere on the Catalunyan coast for the final few hours of competition. The sailors sweated it out on the shoreline, ready to race at a moments notice for the entire afternoon, but the wind was simply of teasing force, and not suitable for official competition.

The occasional gust was however enough for flyweight star Steve Allen (Starboard, Severne) to get going on his 9m+ sail and 130L board, but even he struggled to fully plane out of the gybes, leaving the competition firmly on hold.

Until the final call was made, the likes of Björn Dunkerbeck (Starboard, Severne, Mystic) and Karin Jaggi (Patrik, Severne) were on the edge of their seats. Deep down they knew that going racing would only mean one thing – they had to prove themselves once more to retain their current positions at the top of the world’s toughest podium. If they stayed on the beach, they’d already won!

The French contingent of Antoine Albeau (JP, NeilPryde) and Cyril Moussilmani (Starboard, North) had nothing to lose but plenty to gain by finishing the final of race two so were praying to god for the wind to arrive. Unfortunately for them it was not to be, and they’ll have to wait until the Canaries now to fight it out another day.

Björn Dunkerbeck:
“In Costa Brava the most important thing is to win the first race because that’s often all we get here. Last year we only did one and a quarter races, this year we got a little bit further but not much. It’s always more fun winning when we’ve completed ten races during the week, but it’s a great step for Severne sails. It’s not such a big step for me, although it’s been a while since I last won a competition, which was Sylt in 2008. However, I really feel it’s a step in the right direction for Starboard and Severne because all of our hard work has paid off with my second in Korea, and first here in Costa Brava. The next one in Fuerteventura is going to be a better one for me because there’s always more wind there than at the last two events of the season. Also, our smaller sails are working really well too so it’ll be exciting racing.”

Karin Jaggi:
“I’m stoked to have won my second event in a row. It actually feels even better to win here in Costa Brava because Valerie was racing as well, and we had a big fleet with twenty-one women racing which is great for the sport. I had a slight issue in the first race final because I went out on gear that was too big. But, the final of race 2 was really good fun because we had some big swell which made a change to the flat water we’ve been sailing in for the last few years. This win is also great for me because it’s the first time I’ve beaten Valerie in over a year.” 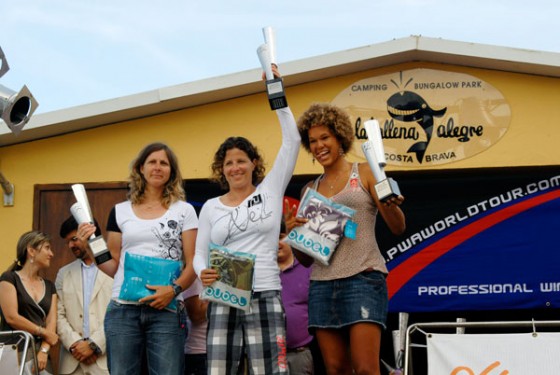 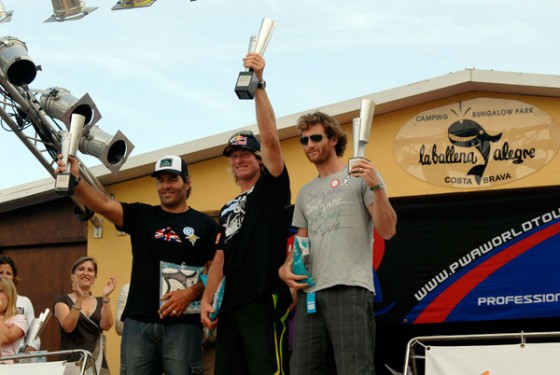 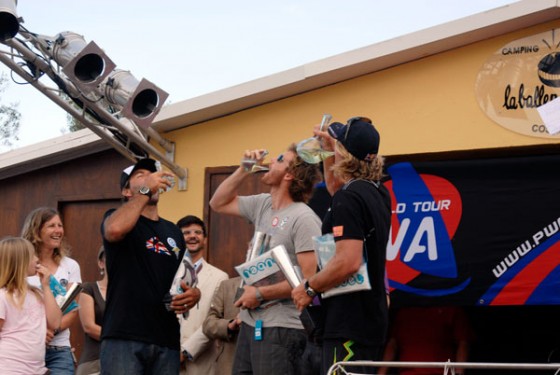 More pictures of the event here.

medea2010-07-10T16:16:41+02:00June 13th, 2010|
Subscribe
0 Comments
Inline Feedbacks
View all comments
This website is using Google Analytics. Please click here if you want to opt-out. Click here to opt-out.
0
0
Would love your thoughts, please comment.x
()
x
| Reply
We use cookies to ensure that we give you the best experience on our website. If you continue to use this site we will assume that you are happy with it.OkNoRead more