The PWA season 2017 is over and the winners in the constructors ranking are announced. Starboard won the overall board ranking in 2017, with 0.3 points ahead of Fanatic. RRD made it in third place. In the overall sail ranking NorthSails leads the ranking after a season with 9 events. All of them saw results. NorthSails took a clear victory in 2017 with 3 points ahead of Severne. NeilPryde made it in third position. In total 16 board brands and 20 sail brands are in the rankings. Congrats to all winning brands!

Results in the PWA Constructors Rankings overall and in the disciplines Wave, Slalom & Freestyle 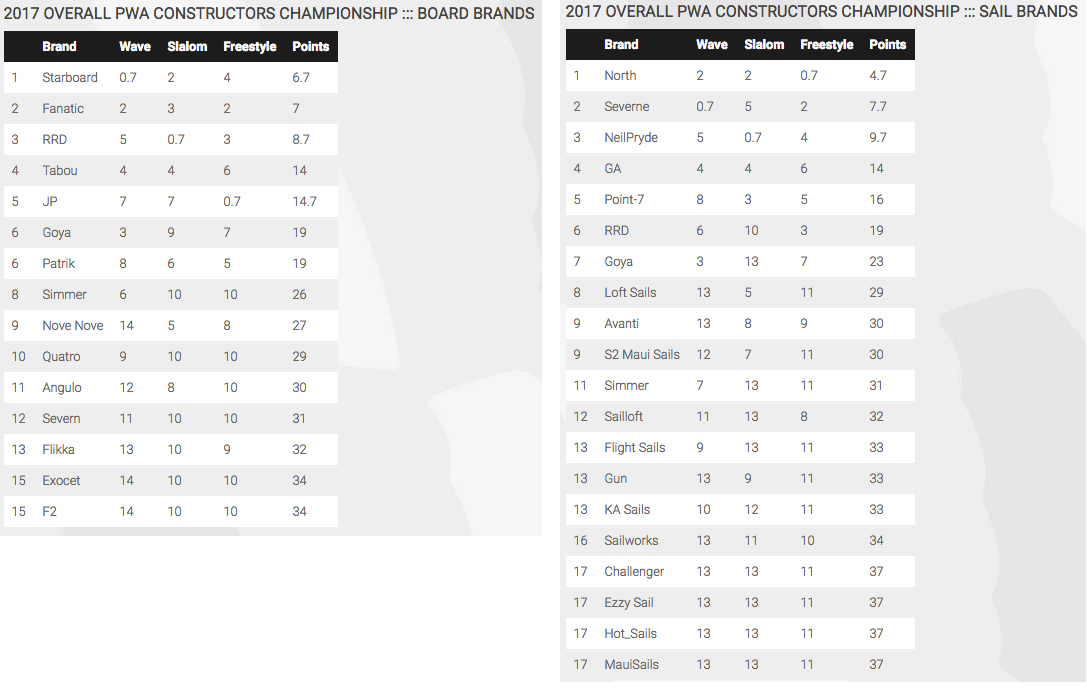 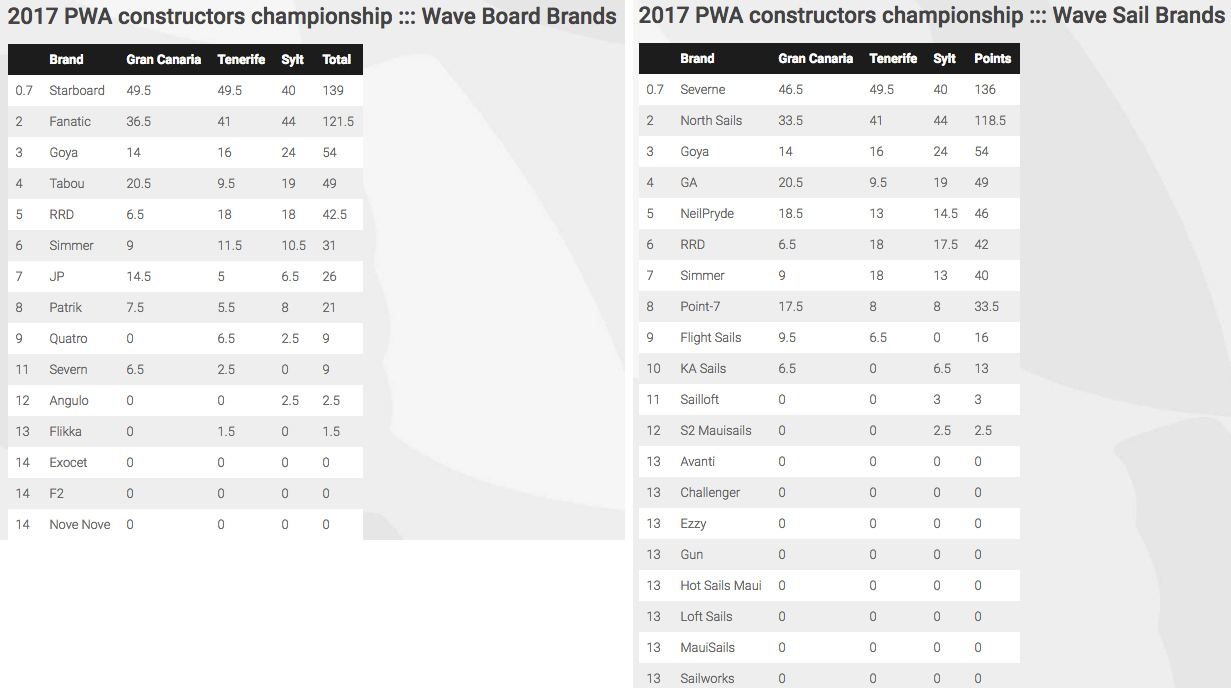 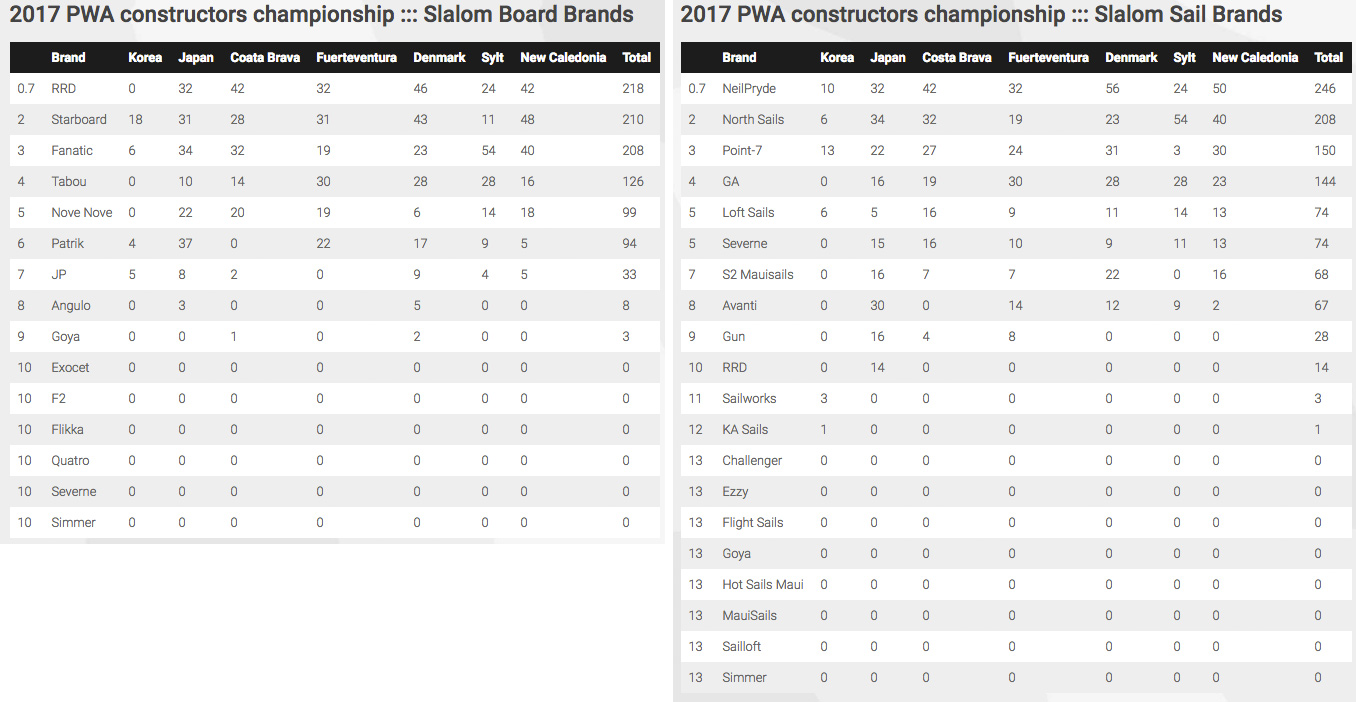 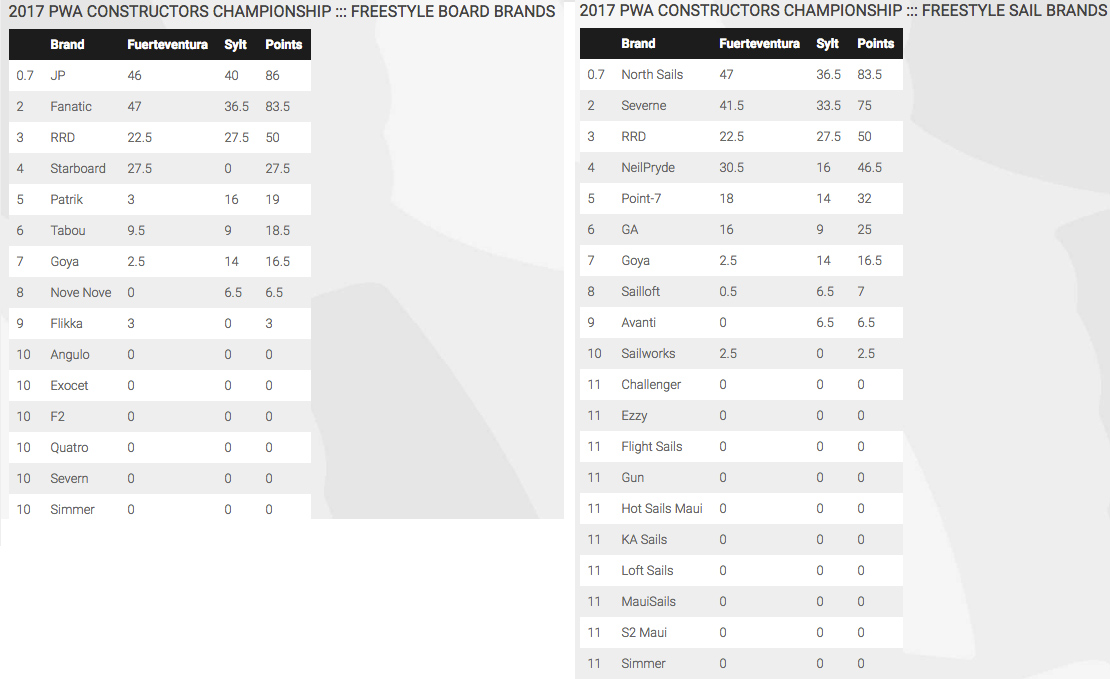 PWA Constructors Championship Rankings are based on results from PWA events to date in Waves, Slalom and Freestyle.

In each discipline, at each event, each brand will count the following points towards the ranking.

Rankings will be calculated in each new season after the second event is completed and then after each individual event.