Today is the start of the first PWA Freestyle event of the year, the World Cup on Bonaire. It is the 1st PWA Freestyle event of the season and all eyes are looking on the Caribbean island. The Belgian freestyle pro and Continentseven rider Dieter van der Eyken has been on the island for a few weeks and provided us with an estimation of what is going to happen during the event. 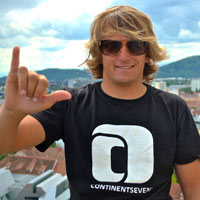 After 3 years the World Cup is back on Bonaire, home of world champion Kiri Thode. The forecast is epic, the competition will be intense and the heat results will be closer than ever before! Everyone has trained hard over the winter and although there is still some difference in free sailing, mistakes will have a big impact on everyone’s result from round one on. The time of easy heats is definitely finished.

Who are the hot shots and who will be the surprise of the event in the men freestyle?

The Favourite
Lets start with top favourite Kiri Thode, who won his first PWA World Champion title last year and only lost one heat during the last world cup here on Bonaire in 2011. He will only fight for one place and that’s first! We all know what he can do by looking at the Kuma movies so, Yes he is my favourite for this event but it won’t come easy!

Who will try to hold Kiri off?

2 guys have the best chances in my opinion with one of them not being in the top 10 seeding from last year! But lets first start with the winner of the EFPT in Podersdorf, Steven Van Broeckhoven. World champion of 2011, and 3 years in the row on the podium. He is maybe the most all-round guy on tour. With a little bit less sailing the past month and arriving just a few days ago it’s a bit hard to tell as I only saw him windsurfing once on the day he arrived. Even though he didn’t sail his best that evening he gave me an idea of what he can do, Airbob Culo, Air Funnell Burner and a pretty much perfect double Ponch (yes Ponch into Ponch) which apparently was one of his first attempts. Let’s see if he grows more during the contest just like 3 years ago being the only one who was able to defeat Kiri on his home ground during that world cup.

The second guy that pops up in my head is Amado Vrieswijk, with only 18 years old, he is one of the freestylers with the best potential, watch him! Especially on Bonaire I give him a really good chance to make top 3 or even more (cause what’s the difference between becoming 3rd and 1st these days?).

Why Amado? He lands some of the best Airbob culos I’ve seen in my live, pretty much any moment he wants. And that’s not all, if he wants he can land double Culos both ways in a heat together with Kabis on both sides. He has some of the highest scoring moves in freestyle in his trick bag on both tacks! So for only being 11th last year overall he will be a guy that really can throw the rankings upside down! The only thing I see him missing for making it all the way to the top is that he’s missing double switch stance powers moves like Airfunnel Burner and so on.. 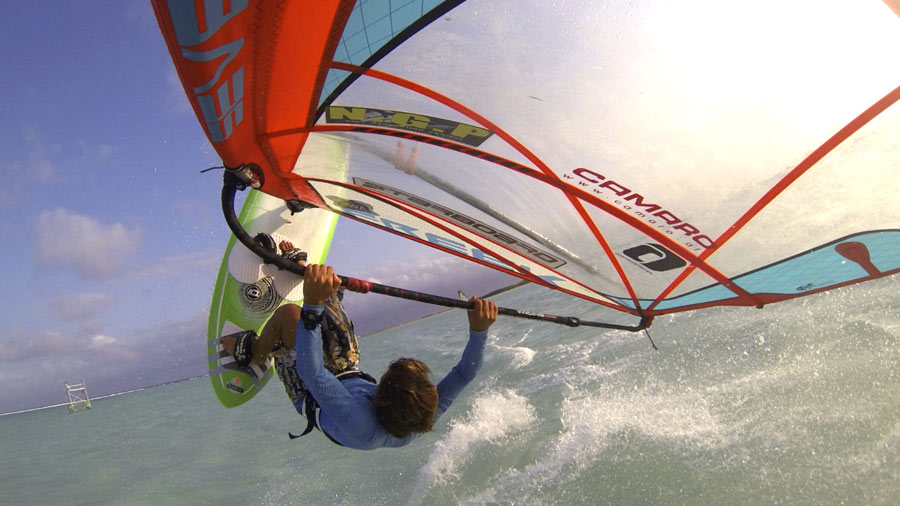 No Gollito on the podium? He has 5 titles under his belt, so, yes of course he can be on the podium easily if not winning the event but I can only put 3 guys on the first 3 spots and looking to the free sailing there is a 50% chance he doesn’t make it on the podium. It’s not that he’s sailing bad (he is sailing again on a higher level than last year) but he needs some stronger winds to really show his full potential and isn’t as consistent in his double power moves as Amado or Kiri (which are pretty much copies of each other but with Amado being the younger version).

I can write 5 more pages with who can make it to the top so lets keep it short:

At laest it will be a very high level competition and the fight will be very hard. I’ll let surprise for the podium positions !!!

All the dudes rock really nice and I think there will be a surprise at the end:)