“Originally the Youth Ranking was specifically to target Slalom racing only as it is a discipline that is harder for young people to break into and harder for them to get recognition for their achievements. However, once this was implemented it became obvious that there would be benefits across the disciplines. If the same under 22 rule had been applied to Freestyle and Wave Performance, it would have limited the benefits to the true new comers in the disciplines as the average age of Wave and Freestyle sailors is lower than that of the Slalom fleet so this would have defeated the object of the ranking, namely to allow young talented sailors to achieve greater recognition, despite the fact they might not yet have the possibility to win the main title – obviously Philip and Sarah Quita are a fantastic exception to this rule but, unlike some comments have suggested, we would never engineer a ranking just to ensure that a certain person won, and such unbelievably talented sailors will always achieve beyond the expectations of their age group. The system will continue into the future where we hope to ensure that PWA Youth Champions are not only recognised, but given the support they need to ensure that they receive every possible chance to develop into the stars of the future.”

Schmit has really blown the judges away this season, making his first appearance of the year on his home spot in Bonaire and finishing in eleventh place. He holds the ability to pull all the most impressive moves in even the toughest conditions, we can expect big things from Schmit in the coming years.

“Thank you for this title! It is a big honour to be the PWA freestyle youth champion. This year has been amazing for me, due to getting a great sponsorship deal with JP/NP following the PWA Fuerteventura event in 2010. Thanks to them I have been able to attend a lot of the PWA events, sadly because of school I had to miss the first two competitions (Vietnam and Austria). But now I have graduated I can fully focus on windsurfing and I’ll be able to go to all the events and to go train in other countries. I would like to thank my sponsors for making this all possible!” 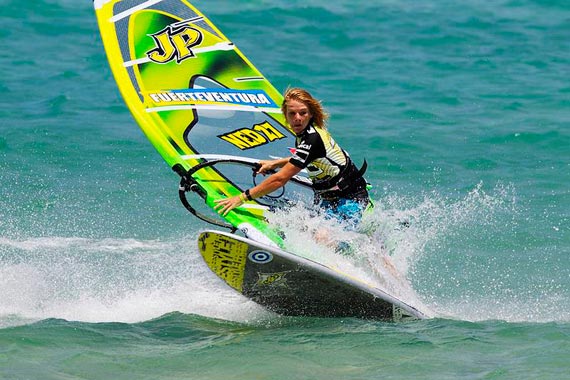 At just fourteen years old Van Gent is one of the youngest competitors on the PWA, but her windsurfing is up there with the best of them. Living on Bonaire certainly has its advantages, and with the worlds best as your coaches Van Gent will be pulling the most complex moves in no time.

“There has been no wind in Bonaire for two months so I have been quite depressed, but this morning my mum woke me up with the news that I won the youth champion title. I felt so happy; it almost feels as good as waking up when it’s windy! Thank you all so much. I would also like to say to all the girls out there thinking of competing on the PWA please do so, I competed for the first time this year and learned so much. I would also like to say thank you to the boys in Bonaire for helping me, and to my new sponsor JP for my new board (still looking for a sail sponsor), Jibe city and by biggest sponsors my mum and dad. See you all next year” 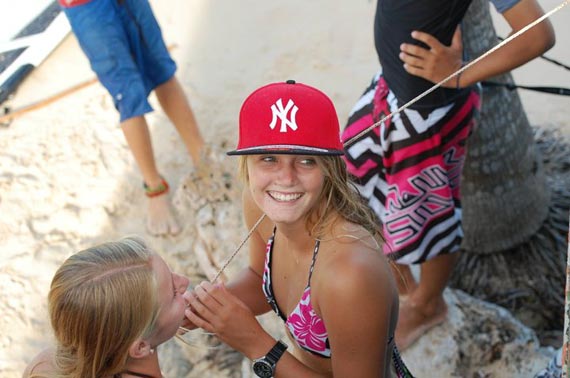 Koster has dominated the wave competitions this season, blowing his competition out the water with his perfect double forward loops and super-technical moves on the waves. As the youngest sailor ever to win the world wave title he certainly deserves to be awarded the youth wave sailor title.

“I am very honoured to win the PWA youth title in waves. I had such a great year and I am very happy to be awarded the title. I would like to thank all my supporters, without them it would be impossible to get this title and the world title too.” 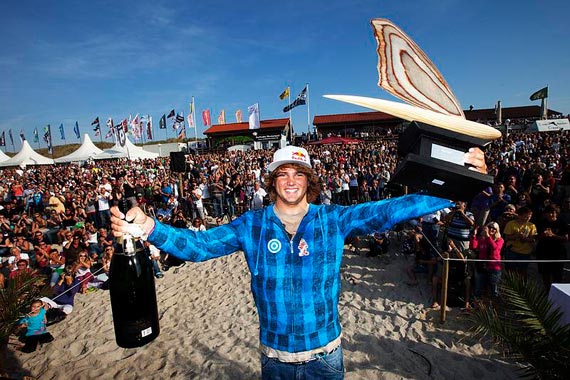 Arutkin has managed to balance and excel in both the slalom and wave sailing competitions this season, finishing an incredible fourth on the racecourse and seventh place in the waves. Arutkin’s clean riding style and big forward loops caught the judge’s eye in both competitions and she will certainly be charging for the podium spots next season.

“I am very proud and really happy to win this amazing title. You have to work so hard to reach the standard of the Moreno’s, Nayra and Karin and I can´t wait to be as good as them, but I am only nineteen and I know how to appreciate the present time. I have concentrated mostly on the slalom events this season with less travel abroad for training as I have made the past few years but I managed to do well in the waves. I wouldn’t have been able to achieve these results without my faithful partners (Starboard / North / Oxbow / Red Bull) who gave me the support and confidence to compete.” 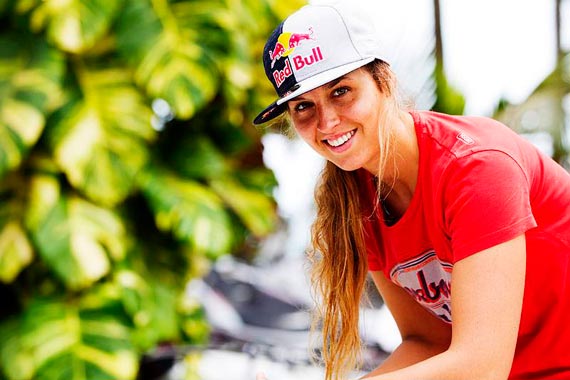 The men’s slalom features some of the most experienced and fearsome competitors and making a name for yourself is particularly tough, but Yilmazer has pushed the starts hard all season and managed to challenge even the most deadly.

“I am very honoured to be awarded the U22 slalom youth world tittle. Racing with all the legends, and being able to share the same course with them is a great experience for me. At the same time, having a category that gives the youth generation a chance to promote themselves and get their ability & work recognized is amazing. In the future, I will do my best to improve my skills and I hope that I will be able to make it into the top twenty, then work my way to the very top.” 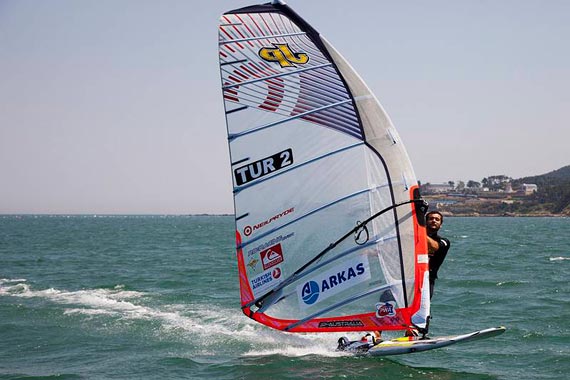 With five world titles to her name already Offringa needs no introduction and there is no stopping her. She has dominated the freestyle scene for the last four years and this season she has taken it one step further and claimed the women’s slalom world title. Offringa has recently been nominated for the world sailor of the year award for her amazing sailing, and she is a fantastic ambassador for women’s windsurfing. 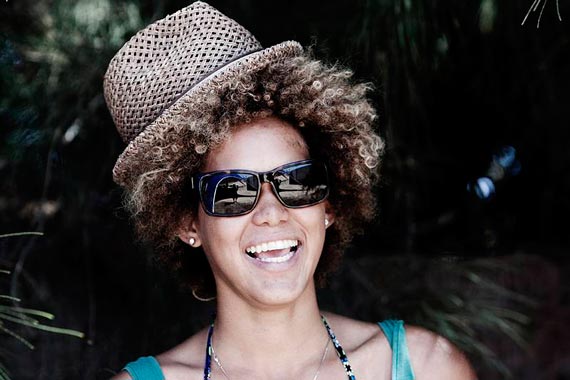 Rich Page (PWA tour manger) sent us a statement about the Youth Ranking. Originally the Youth Ranking was specifically to target Slalom racing only as it is a discipline that is harder for young people to break into and harder for them to get recognition for their achievements. However, once this was implemented it became obvious that there would be benefits across the disciplines. If the same under 22 rule had been applied to Freestyle and Wave Performance, it would have limited the benefits to the true new comers in the disciplines as the average age of Wave and Freestyle… Read more »

We got an answer from the PWA according the different age groups:
The PWA took into account the different ages between the riders participating in each category and were basically based upon the perceived average of ages, as there are far younger freestylers than slalom racers, etc.

…to be able to give the price to the one they wanted to give it to is my guess…, or were these ‘titles’ planned in the ‘notice of race’ at the beginning of the season (which I would find a positive thing…) now it just seems something they came up with after the season. A seperate ranking next to the full fleet ranking would make it a lot more credible, and could stimulate the talented youth to compete… and also give it more ‘prestige’ for the winners)

We were wondering as well, why there are different agegroups. We will ask the PWA.

A factor probably also is that there simply are no very young slalom sailors at the top level, in contrast to freestyle, where a 22-year-old usually already is a seasoned competitor. This is probably in part related to the fact that there is speciallized top-quality freestyle equipment for 10-year-old kids with sails that are both strong and light and special booms and masts, boards that are adapted to kids size, so they don’t have to use the ‘small-sized’ adult boards where footstrap-positions are too wide, boards are still too big/heavy etc. there are no special lightweight camber sails in sizes… Read more »

What about a MASTERS – Championship PWA????