The final day at Alacati saw two more exciting rounds. Björn Dunkerbeck ensured the 2011 PWA Slalom worldtitle by winning the event at Alacati with an advantage of 16.5 points. Karin Jaggi also took the hammer down and won Alacati for the second time in her career, followed by Sarah-Quita Offringa, who takes home the Slalom worldtitle as well after she had won the Freestyle worldtitle at Fuerteventura in July. 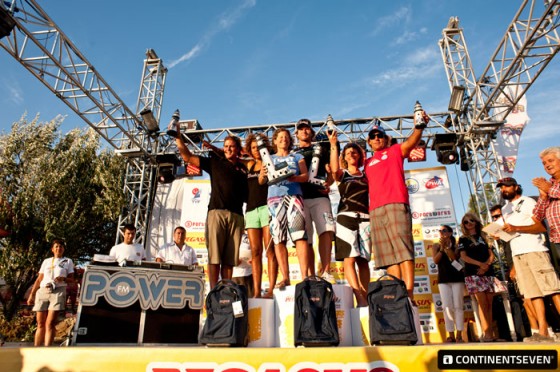 The top three men and women at Alacati 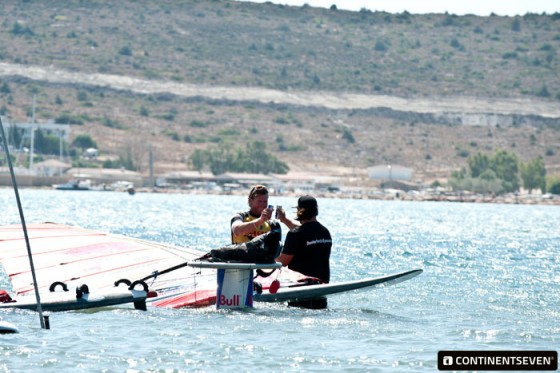 Björn Dunkerbeck and his caddy Victor Couto celebrate their success

There was a lot of tension on the beach on the final event day. Björn Dunkerbeck had the chance to win the Slalom title again after many years taking seconds and thirds. And he definitely had a perfect day winning race 10 and taking a 2nd in the final 11th elimination. His strongest contenders did well, but could not avoid that Björn took the title back home to Gran Canaria at the second last event of the season.

The second best performance had Ben van der Steen, who made a second and a fourth and jumped up in second position on the final event day, followed by Antoine Albeau finishing 3rd and 4th. Antoine had an amazing comeback in this event. He was not in the top 10 at the beginning and fought back on the podium. Just by 0.3 points he overtook Finian Maynard, who left too many points on the two final days in premature starts. For a while Finian was the hardest opponent of Björn, who could lead the event from the beginning on. Definitely to mention is Josh Angulo, who could win the final elimination 11 here at Alacati.

Angulo got faster and faster through the event, same as Peter Volwater. Josh finished 6th just one position behind last years winner Micah Buzianis. Almost local Jimmy Diaz finished in 7th, followed by Julien Quentel, who is the youngest sailor in the top 10. Peter Volwater made it in 9th and Pieter Bijl found great form in his comeback season on the PWA tour finishing in 10th. Big congrats to all of them, who performed great.

Björn, who took the world title at Alacati, can sail without any pressure at the final on Sylt. But for sure many other sailors will try to win the prestigious final, where we can expect thousands of spectators at the beach!

Karin Jaggi definitely were on form and could win races in all kind of conditions. Especially in the 30+ knots conditions she performed great and took overall 5 victories in single eliminations, same as Björn.

Sarah-Quita Offfringa never gave up and there were just 6.3 points between both of them. Sarah-Quita could take 4 victories in single eliminations. But overall she got awarded with the this year´s Slalom worldtitle. It´s definitely her best season in her career in terms of success in competition. Plus she impressed with incredible high top speed on the race course! 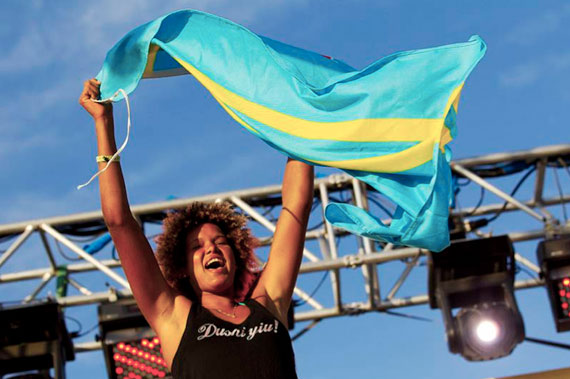 Valerie Arrighetti had a comeback after a shoulder operation earlier this year. She tuned in her setup and gear better and better while the evnet and won the exciting fight against best Turkish rider Lena Erdil by 6.0 points in the end and also took the third place in the overall worldranking!

We have to mention that the ladies performed really well at Alacati and it was great to watch them having massive speed on the race course!

Overall Slalom tourranking 2011 after 6 out of 7 events