Robby Swift has been in Pozo Izquierdo for a while to prepare for the first PWA Wave event of the season, the Gran Canaria Wind & Waves Festival. And it looks like he is fully familiar with the conditions. The Pushloop into Forward Loop is probably one of the moves you need to land if you want to win the event. 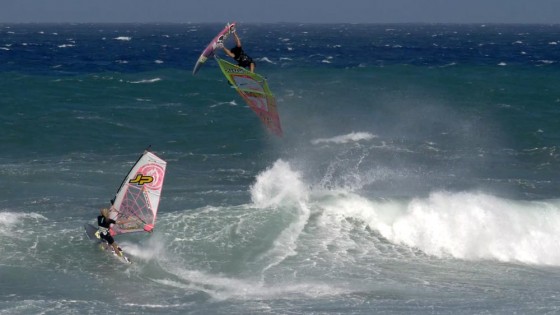