Push loop by Ricardo Campello at Westerland in Sylt in October 2018. Ricardo Campello won the single elimination and made it for the first time on the podium in Sylt. In the wave double elimination he had to sail twice against former wave World Champion and Red Bull Stormchase winner Thomas Traversa. Thomas won twice and Ricardo unfortunately lost the battle for his first wave World title in his long career. 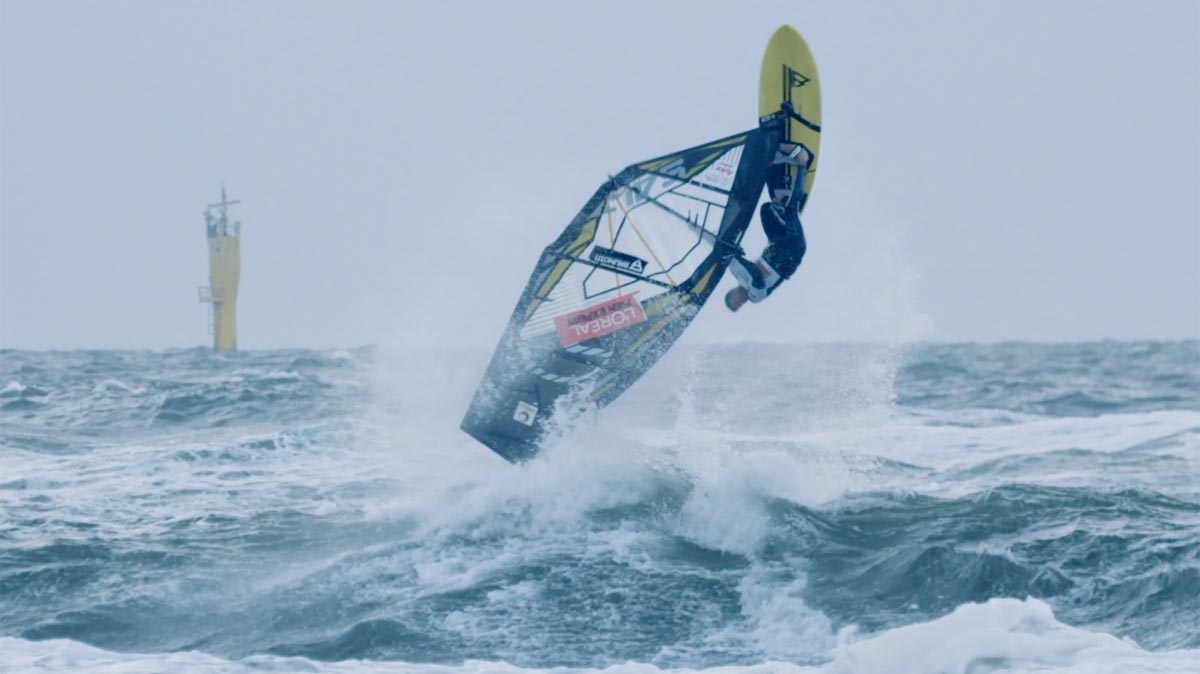