An Interview with Philip Köster about his first victory after injury

9 months after injury Philip Köster won the 2017 Gran Canaria Wind & Waves Festival. Philip wasn’t able to train much on the water during the last months and he only did his first Double Forward Loop a few days before the event. He did a lot of cycling and Stand Up Paddling and was sailing with a knee brace. Not only the spectators were impressed by his performance, also the judges.

Head judge Duncan Coombs stated: “We really see an improvement in Philip’s waveriding and I think maybe this injury even improved his wave riding. The jumping is still phenomenal.”

We caught up with Philip to speak about his first victory after injury.

THIS CONTEST WAS ONE OF MY MOST EXCITING AND MOST EMOTIONAL ONES IN MY CAREER! 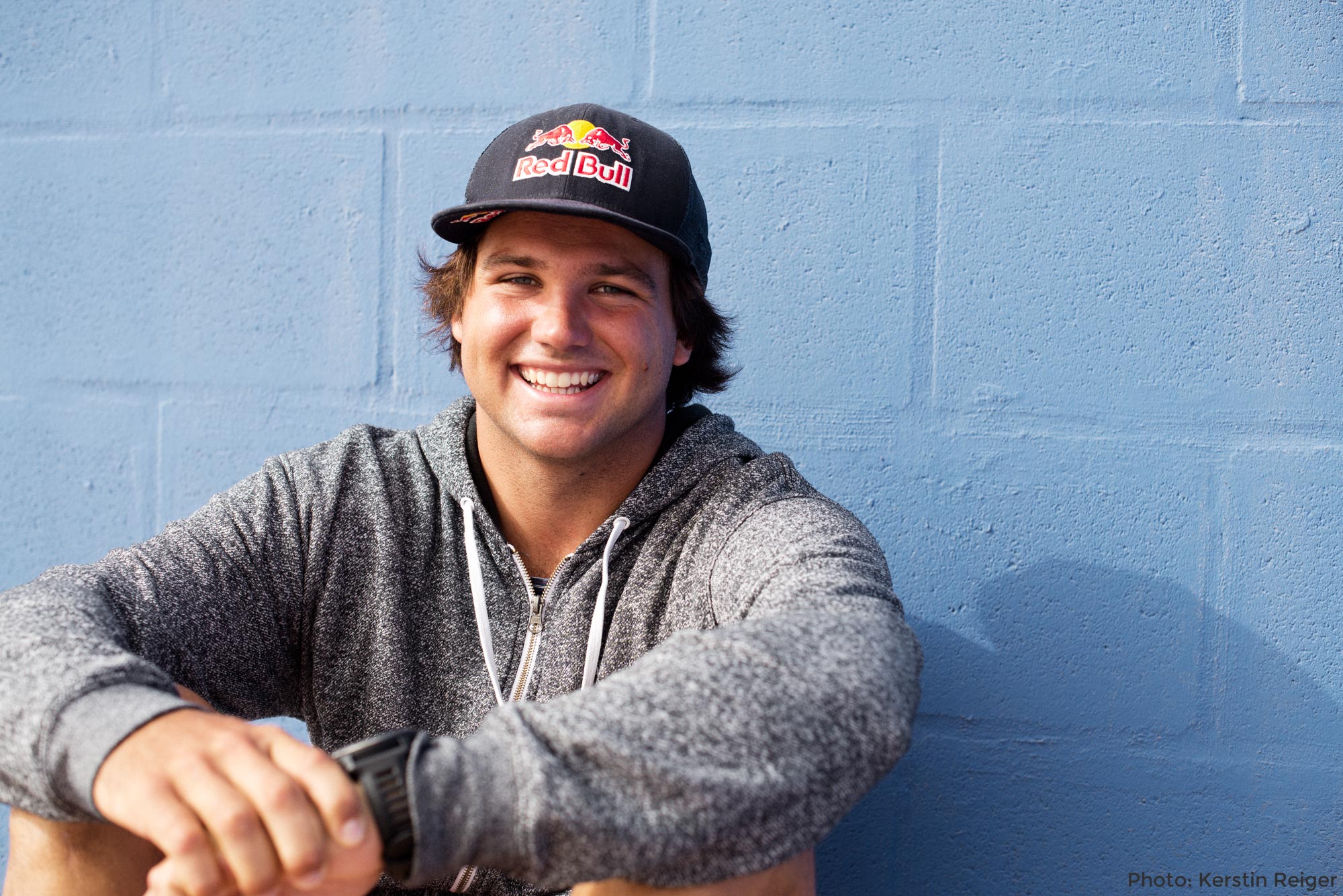 Continentseven: 9 months after injury you won the 2017 Gran Canaria Wind & Waves Festival. Did you expect to win this event?

Philip Köster: This contest was one of my most exciting one and most emotional ones in my career, because after such a long injury and a long break off the water I didn’t really know where I am competitionwise. I haven’t really seen anybody sailing except the Pozo locals. So it was really tricky for me to get into it, but it was just amazing to pass a few heats and go step by step seeing that the knee holds up everything. Just landing doubles and not having pain in the knee was just perfect. That made me very confident and with the knee brace I was then really happy. It went on and on and then somehow I landed in the final against Victor. I did my best I could. Now I am really really happy to win the first contest of the year. 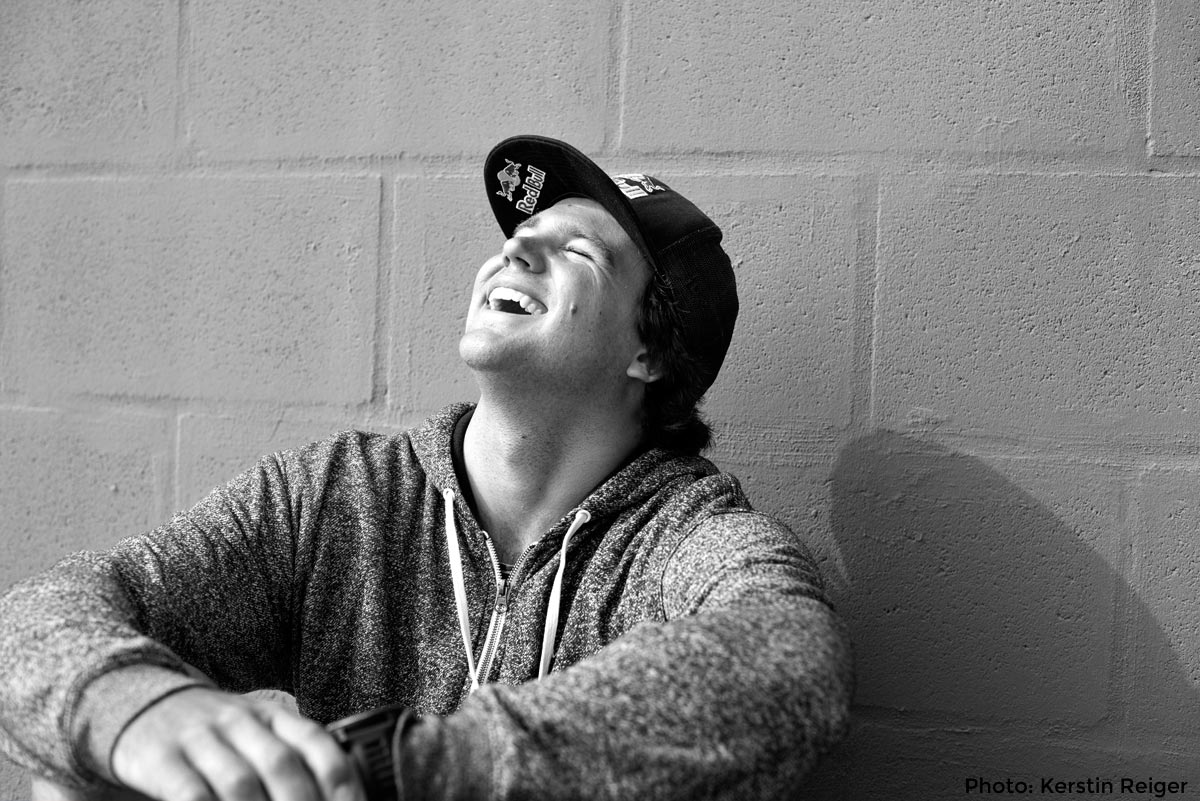 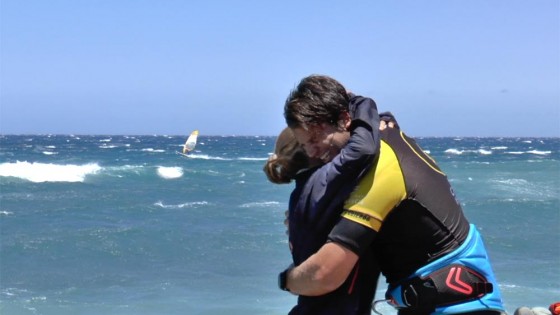 Continentseven: Please describe the winners final against Victor? Was it a good heat or an average heat?

Philip Köster: I think it was a good heat jumping wise. I think in the wave riding I did all right. It was very tight in that heat. We had the re-sail of the semi final and this plus 15 extra minutes were a bit too much for me honestly. I felt really exhausted. But all in all it was a very good heat. We had good wind conditions, a few little waves, but there were still a lot of options to do stuff. I was really happy to be in that final and felt very confident not thinking about any injury.

Continentseven: Thinking back on that final day, what was your best move you did?

Philip Köster: I think the best move and my favorite one was a Push loop Forward in the final, but that one I crashed, because the feeling of that one was perfect. I think I did a bit of tweak in it, but I somehow lost the back hand and could not grab the boom anymore. I repeated that move and landed it.

Continentseven: The judges didn’t like it so much. They gave you 1,8 points for that crashed Push loop Forward.

Philip Köster: With the scores it is a bit tricky sometimes. I don’t know. I am not gonna say that much, but I think sometimes when I land a nice Stalled Double it is like 9 points and Victor does a Table Top Forward and gets 7.8 points. Just one point difference doesn’t make any sense. I don’t know. I really can’t change the scoring, but it’s how it is. (Philip smiles)

Continentseven: Do you think the other riders are happy that you are back from injury?

Philip Köster: Everyone was looking, if I will be able to windsurf again normal like before my injury. Actually I think everyone was quite happy that I am back. They were happy that I could actually windsurf again, because I think that they know also that windsurfing means a lot to me. Injuries are really terrible. A lot of people also supported me. I received many messages if I am ok. That helped me a lot in my recovery process. There are a lot of friends on the tour. I am really happy to be back!

“It is a big honor for me to be with Philip in the final and to make it into the final for the 11th time in a row. I can’t ask for more and I am very happy for Philip, that he is back so well after a massive injury and won the event.” (Victor Fernandez) 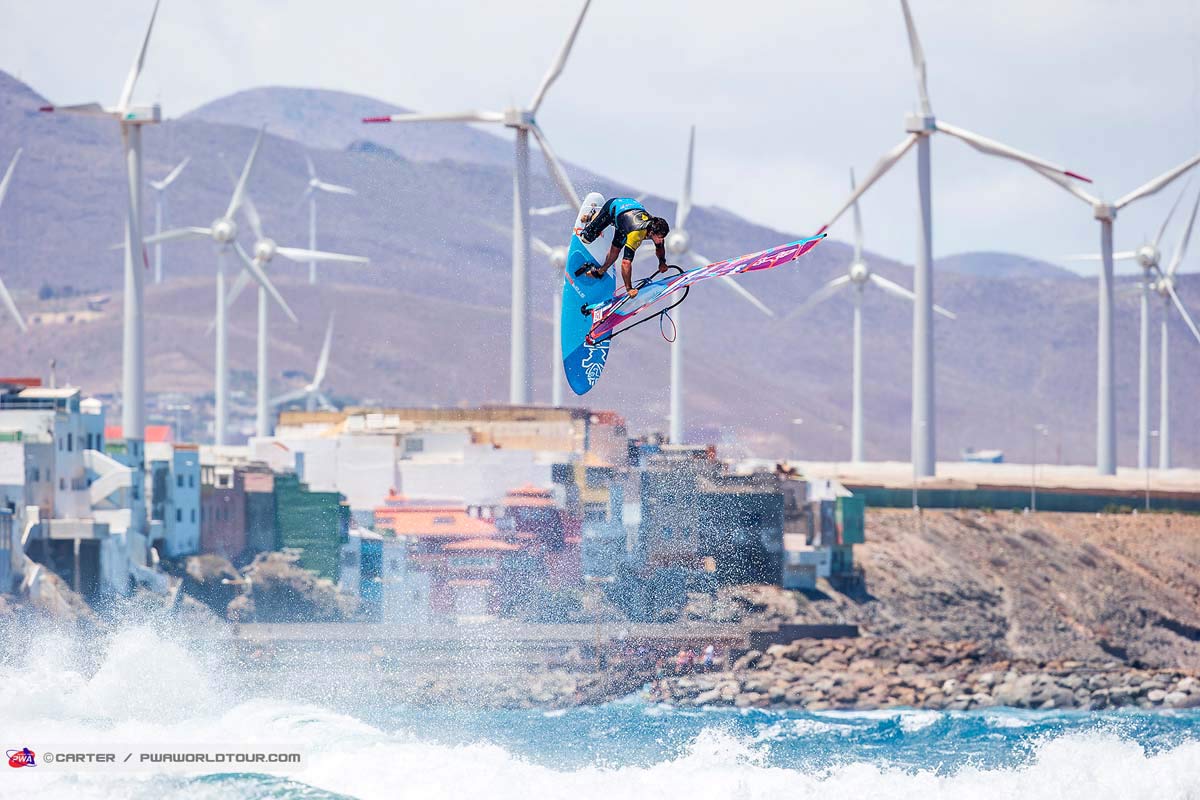 Continentseven: A few words about your opponents. How is the current level in wave competition?

Philip Köster: Ohhh, the level was very high. Before the contest I watched  lot of videos from them and I was kind of scared to see everyone training every single day and doing so many moves perfectly. I was kind of scared to go into the contest. I thought I gonna lose in my first round and will stay on the beach being frustrated afterwards. But somehow it worked in my head and I did my best. The level was really really high.

Continentseven: Do you see competing a bit differently now, as you were off competitions a bit?

Philip Köster: Well, this year I see it relaxed. I am really happy to be back on tour and really motivated to do my best. I am still not sure if I am thinking about the title. It’s a good start already, but let’s se how it goes. This year is actually just a fun year. I am doing a few trips. I did a trip to Mauritius already in spring. Maybe I will attend one IWT event, maybe Peru, just some fun soft wave riding events. It would be very nice.

Continentseven: Did you follow the rest of the competition, too. We were pretty impressed by the juniors…

Philip Köster: Yes, I watched a lot of heats of the juniors. It was really cool to see them ripping. There were more than 30 competitors, what’s incredible. I didn’t think that our sport has such many juniors. I wasn’t aware of it. They came from almost everywhere. Pepe from Canada for instance or Jadhan from Brazil. They are all sailing really good and it’s fun to watch them. They do good wave riding and brilliant jumps. It’s like the time when I was very young competing here in Pozo for the first time. It brings up a lot of memories.

Continentseven: And a few words about the women.

Philip Köster: Daida and Iballa were amazing, like always. They are almost unbeatable here at Pozo. I think they will stay up there for a few more years. It’s a never ending story with them. But let’s see Sarah-Quita is doing more moves on the waves. She is the queen of freestyle, but it’s cool to see her now trying to charge in the waves, too.

Continentseven: Thanks for the interview. Good luck for the next events!

Agree with splash. Victor is super consistent. The score was maybe close the sailing was not. Philip was way better than the score may suggest. Both guys seems to be very nice, and propably Victor is much better on starboard tack than Philip. Judging on the waves has been questionable from the very beginning and riders have been gifted with titles but i dont consider Victor as one of these. Propably today Browne is the best alround wave sailor.

Victor is a great super consistent sailor bit Koester is THE port tack jumping king. Victor can nail flawless doubles at will (example: the fernandez- lewis heat) but when it comes to stalled ankle dry doubles and push forwards Koester is in a league of his own and Victor knows that very well.What amazes me this year is his wave riding. Even in marginal conditions Philip is doing effortless moves that much lighter and technical guys don’t even think of trying. And all this after he destroyed one of his knees. I wonder what will happen if he destroys the… Read more »

hello dino! can you explain a little bit better why you think victor sailed better?

For example on the double final ,victor enters with 4 forwards ,Philip makes one and takes hingher Score ? How Its posibile ? Does anybody know how they judges rate ?

The best way to understand how heats are scored is to watch the live streaming from PWA competitions. You ll see that they tend to be quite good actually, keeping in mind they re humans, not machines

I watch Thats The problem But in the end it’s personal opinion . I would like to know more does anybody know what are the criteria ? Please someone to explain me I am complete ignorant about How they rate. Time is pushing is difficult for the athletes small sessions ,especially if someone starts from the beginning. Let’s say I am an athlete and I would like to enter to PWA what you will advise me ? Last year I almost had a heart atack with Richardo Campello he was pushing and pushing and no it was not enough

Hi Dino! There was no double final this year in Pozo. You can do 10 Forwards but only the best one will count.

Philip you are great windsurfer but Victor was way better . Doesn’t honored you the way that you won the final.if I was in your position I will give Back the cup . I felt very disappointed , I think we need to understand how they give points they judges. The competition looks ridiculous.

It was a very close heat and between Philip and Victor were only 1.63 points difference. They both sail great and last year it was the other way round. Victor even said, that he was missing a second good jump. If Victor would have landed this second high scoring jump the result would probably be different.

Many years Victor has been overscored in competition and nobody complaints about that.
If you think that victor is better than Philip is your opinion but is not true.
The rules are the same for all the sailors if you dont know you can read in pwa page.
Simple moves,combo moves , double moves, high , difference , style.