Philip Köster: “My dream is to become world champion in Sylt again.”

Philip Köster returned with two sensational victories in Gran Canaria and Tenerife after his severe knee injury, which happened during a training accident in Western Australia last autumn 2016. Right now the final event of the PWA wave season is taking place and Philip Köster could claim his 4th PWA World Chamnpion title

“My dream is to become world champion in Sylt again.” (Philip Köster) 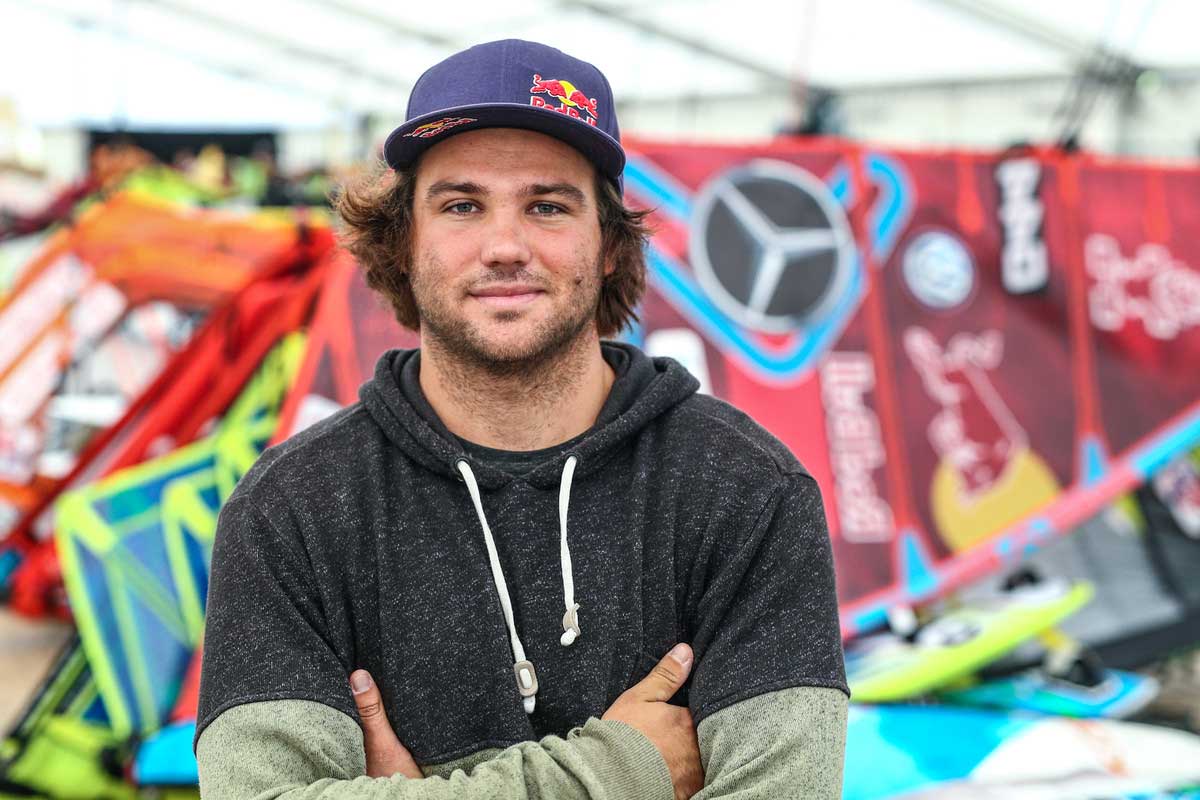 How is your knee? Are you still in rehab?

Philip Köster: I do regularly exercises at home, stretch myself extensively before the training and the competition. I also cycle a lot but I stopped running. It’s not good for my knee.

Was there a moment when you thought it’s over with windsurfing?

Philip Köster: In the first months it was hard, because my knee was very painful. But I had a great doctor (Professor Frosch) in Hamburg, who told me again and again that I was going to be 100 % fit again. My physiotherapist said the same and I thought, if both say the same, it must be true. And they were right, my knee is all right, I have no more pain.

Even if the injury was very difficult: Is there something positive about the injury, too?

Philip Köster: To be honest, it was also nice not to be on the road. I have been traveling around the world for eight years, it sounds good, but sometimes it can get a bit monotonous, especially since I was often in places I already knew very well. I do not even know how many hours I’ve sat on a plane or waited at airports. During the rehab I could finally relax and really enjoye the time at home despite the injury. When my knee felt better again, of course, I only wanted to go on the water and windsurfing.

In Tenerife, you made two very good waves at the start and got a lot of points. Was the tactics or did you just use the good waves?

Philip Köster: Usually I jump first and then have more time for the wave rides. It can sometimes take a long time to find and ride the appropriate wave. In the final against Victor, however, I had two really good waves right at the start, which of course I’ve immediately ridden. So it was not necessarily tactics, but from that point on, I think Victor was a bit nervous.

Will we see a triple loop on Sylt?

Philip Köster: After this injury, the triple loop is no longer a topic, I want to windsurf normal and I am glad that it works so well. In the waves I have learnt a few new innovations, which I will show on Sylt when the wind will be suitable for a competition.

You could secure your 4th World Champion title in Sylt. Is it a special motivation for you to battle in front your German fans for the title or would you rather be champion somewhere else where the hype about your person is not so great?

Philip Köster: I won the World Champion title twice in Sylt, and every time it was a great feeling to be celebrated by the big audience. That is why it would be a dream, of course, if it would happen in Westerland this year again. Of course, the media hype is also the largest, but I can handle that quite well now.

What are your goals? Do you plan to compete in another discipline because the PWA Wave Tour doesn’t have so many tour stops?

Philip Köster: I’ve been competing in local slalom events a couple of times, but I think that’s the exception. In order to be competitive, you need special equipment and, above all, good training partners to get faster and better. Maybe I’ll compete in a freestyle event, but my heart beats for the wave riding discipline.

Eduardo Diaz from the Second Reef shop in Las Palmas edited a video about Philip Köster, when he was a young kid and discovered a lot of new windsurfing spots