The King’s Cup event saw the participation of windsurfing for the first time. Starboard’s freshly launched Phantom 295 class participated in this event from December 1st till 5th. The event at Kata Beach on the South-Western side of Phuket saw excellent wind conditions during the whole event. Many sailors from Thailand, China, Burma or even European countries like Norway, Finland, Spain, England or from the Carribean island of Martinique participated in the event. Current Olympic gold medalist Marina Alabau from Tarifa, Spain and her younger sister Blanca Alabau travelled to Phuket to participate as well. In the end both made it on the podium. Blanca won the women Youth category and Marina lost in a very tight battle to Hei Man Chan from Hong Kong.

The event itself was the first attempt of Starboard to run an own windsurfing event in the country, where the brand has its headquarter and where the production and a lot of R&D happens. Additionally it was the launch of the Phantom 295 class in Asian waters. Company owner Svein Rasmussen, his R&D core team Remi Vila and Scott McKercher plus Marketing Director Sacha Albarda travelled to Phuket to help running the event. It was an attempt to promote the sport of windsurfing  in collaboration with the Windsurfing Association Thailand (WATH) inside the country, where almost all windsurfing are produced nowadays.

“Two trucks have arrived at Kata Beach two days prior to the event start! After driving a staggering 12 hours from the Starboard headquarters in Bangkok, we were pleased to see our 2 trucks and the drivers make a safe journey to Kata Beach. I’m sure they were pleased to see us too. After lunch the team riders from Myanmar (Burma) arrived, which gave them a chance to set up their booms for racing.” (Remi Vila commented the situation)

No competitor had to carry any gear to the event. Everything was available there. That´s a concept with a lot of potential. And there was enough time to enjoy the beauty of Thailand and celebrate some parties! 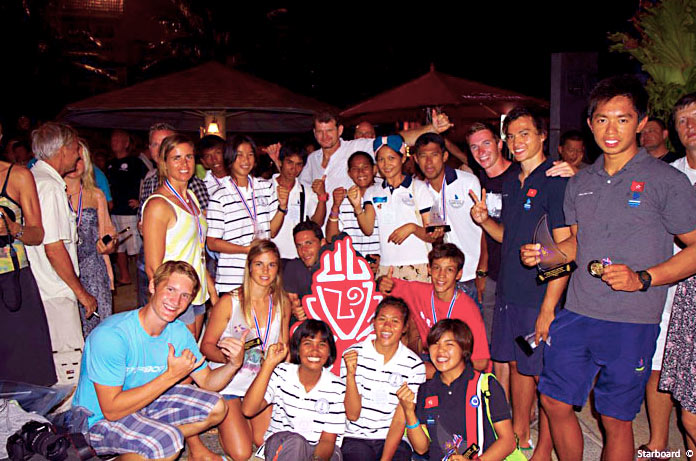 Ready for the party? (Pic: Starboard)

This is the final video from the Phantom 295 event. The recap video shows all the best bits from the week including racing, beach activities, and much more. Congratulations to all the riders and we look forward to the next event already.

Day 1 delivered a nice constant breeze of about 15 knots, what gave all 40 registered riders a chance to get out on the water all day with the occasional chance of planing. After registration and a quick gear presentation by Rémi Vila the 30 boys and 10 girls stickered up their sails and got familiar with the course, wind conditions and the location. Later in the day a skipper meeting was held by the King’s Cup’s officials. The details of the course layout were explained to the riders.

As the day came to end the riders got together to enjoy some traditional Thai food in a local restaurant just off Karon. There was a great atmosphere in the room as all the riders discussed their day on the Phantom 295’s. The Starboard team and members of the Windsurfing Association of Thailand (WATH) were delighted to have representatives from the 20 countries around the table to enjoy the local Tom Gha Gai, Somtum, and delicious Yam Nuea. Luckily enough everyone made it home just in time before a typical Phuket tropical storm rained down…..phew!

The morning in Phuket started out with very heavy rain and a possible start looked doubtful as there was little to no wind. Luckily, there was a large swell which gave some hope for the upcoming event days. However, beach volley-ball and an intro to stand-up paddle boarding (SUP) kept everyone in high spirits. It was a very eventful morning despite the rain:

Rémi Vila, head of racing development at Starboard, hosted a masterclass on the Phantom 295 equipment. Daniel Blinnikka from Finland also talked about tuning the gear and his latest experience during competitions. The afternoon saw all the riders take a little break from pre-racing preparation as the race was officially canceled for the day. With the changing tide the surf looked perfect for a first go at stand up paddle boarding in the waves. After a quick lesson from the Starboard team the guys were tearing up the waves that were breaking on Kata Beach.

At the startline during the King’s Cup in light wind conditions (Pic: Remi Vila).

With demanding and shifty conditions from 6 knots gusting to 12, the organizers managed to run 2 races before the wind died completely in the afternoon. Hong Kong based windsurfer Michael Cheng Chun Leung took the lead ahead of his fellow coutrymen Chang Hei Man and Olympic Gold medalist Marina Alabau Niera. The top 3 were within three 3 points only. Here is what Michael had to say about the competition so far: “The Phantom is an excellent board in light wind conditions, which makes it stand out compared to other One Design classes I have been competing in. I feel good and will try my best to stay on top of the competition, although I know it will be difficult.”

With the race being called off for the afternoon the riders got a chance to kick back with the Starboard team on the beach. Events such as S.U.P relay races and board balancing competitions were on the agenda. The WindSUPs and SuperSails were also given a test ride out on the water. At the end of the day the riders were treated with a traditional Thai massage right on the beach.

The event started with great planing conditions thanks to strong, but gusty winds up to 25 knots. At times the wind was even a bit too strong for some. With 4 races completed that day and 6 in total, it was the most successful day yet and thecompetitors got to experience in stronger wind conditions. WIndconditions with 20 knots+ are very unusual in Thailand. What a lucky event!

Blanca Alabau (SPA) dominated the Youth Women Class. She won both races in teh strong wind conditions. Its all heating up for the final titles at Kata Beach.

Thailand’s Sirichai Phusiri lead the Youth men category, Marcos Guedez from Martinique in second and Robert York from the UK in third. Blanca Alabau (ESP) kept the lead in the Youth Women Class, ahead of Oda Skaug from Norway and Dunangkamon Phongern from Thailand. After a great windy day with 4 full races all windsurfers returned to the beach to be greeted by another traditional Thai massage with a beautiful sunset in the background. 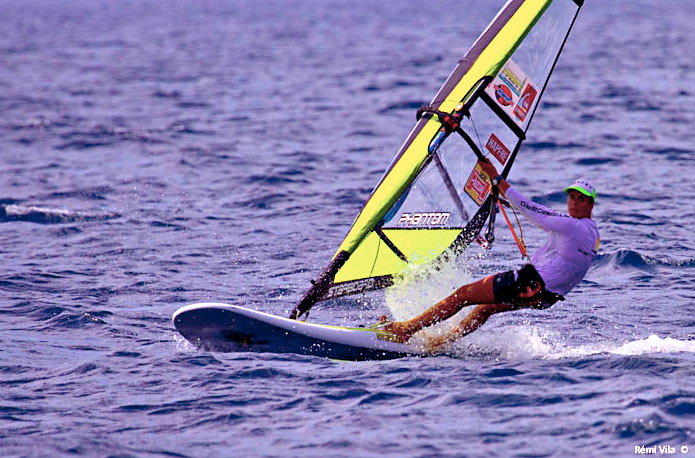 Again strong winds, gusting to 22knots, delivered an exciting final to the Phantom 295 Windsurfing event at the Phuket King’s Cup Regatta. Three races (7, 8 and 9) were held back-to-back next to the Kata Beach. The finale shared the same day as His Majesty the King of Thailand’s birthday.

Hong Kong’s Chun Leung Michael Cheng came in first in all three races and won the Phantom 295 Men Class, with Natthaphong Phonoppharat (THA) the first runner-up and Gabriel Brettell (HKG) the second runner-up. Hei Man Chan (HKG) had a strong performance on the 5th and final day and defeated Olympic Gold medalist Marina Alabau (ESP) closely,who narrowly led after the sixth race but did not complete the seventh race. Siriporn Kaewduang-Ngam (THA) made it in third place.

Marcos Guedez from Martinique took the overall title in the men youth category. Thailand’s Sirichai Phusiri came in second and Robert York from the UK finished third. Keep an eye out for these names in the future.

And finally the Phantom 295 Youth Women Class provided plenty of entertainment as Emma Labourne from the UK had an excellent final day, scoring first in all three races. Despite the three wins, Labourne finished third overall with Blanca Alabau (ESP) in first, and Oda Skaug from Norway, second. The Thai Youth Women sailors competed hard, but could not complete all the races in the challenging conditions.

Congratulations to all of the riders who came from all around the world to join the Phantom 295 Windsurfing Event here in Phuket. Starboard and the Windsurfing Association of Thailand (WATH) were more than pleased to work together to produce an exceptional few days of racing and activities. We all look forward to the next event already. Have a look on the full results here 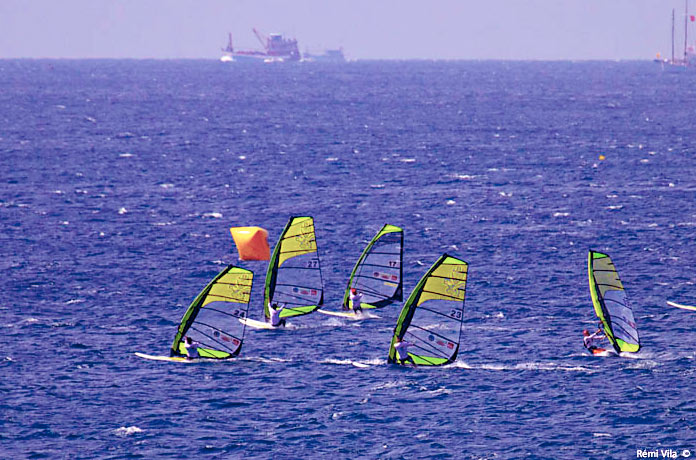