Passion for Nature by Valentin Böckler

The German windsurfer Valentin Böckler released a great film shot at various spots in Brazil featuring some of the world’s best windsurfers. Unfortunately Valentin broke three metatarsal bones in Brazil and has to pause for the upcoming six months. And Julian Wiemar, one of the protagonists of the clip, was unlucky as well as he broke two metacarpal bones during an Air Kabikuchi crash. He will be back on the water in January.

Valentin: “I was shooting one month some of the best windsurfers and had such a good but a bit unlucky time, because I injured my foot again. However I managed to create a really nice movie with some amazing shots out of 400GB footage. It’s a big mix of nature, lifestyle and action shots!”

Passion for Nature by Valentin Böckler 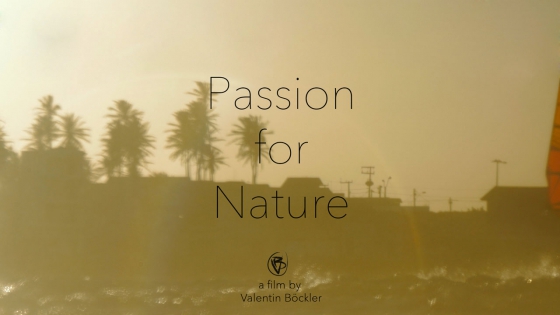 wow sick Video guys. really good work. but tell me how u guys can live there such a Long time without work? 😀 i also want to

If you don’t know, windsurf it is also a sports than have professionals! If you not are, sorry my friend you can cry!

Hi Joao! I think there is no need to attack Markus for his question. He just asked a question and in my opinion it was no criticism. Actually the situation in freestyle windsurfing is unfortunately not so bright and professional. The top sponsored windsurfers are not the freestylers. There are unfortunately not many freestyle windsurfers, who can afford their windsurfing life solely from sponsorship, although this discipline needs a lot of skills and a lot of effort to keep the level. Riders get for example free accommodation at a spot or some need to work to pay their trip.

this is amazing!! thumbs up