Pascal Arnaud about the the Master of Caribbean 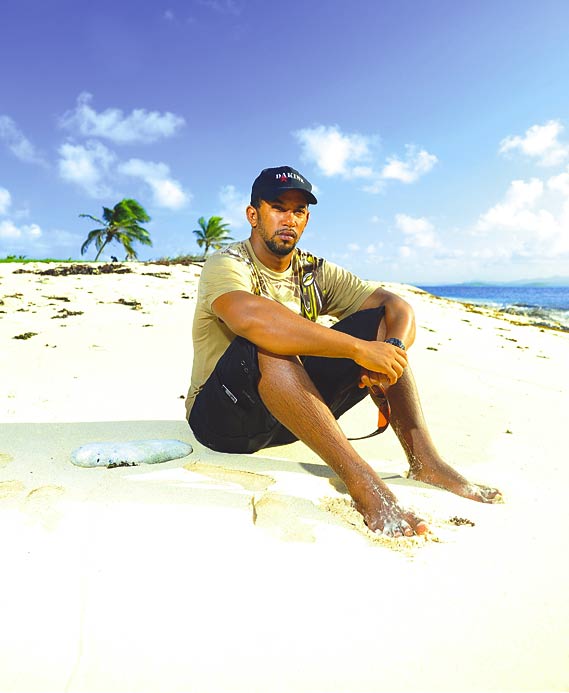 Pascal Arnaud, the organiser of the Master of Carribean 2010 (Pic: www.masterofcaribbean.com)

Pascal Arnaud, the organiser of the this years Master of the Caribbean Longdistance race from Guadeloupe to Martinique – he brought the event back on the track – is talking in an interview about the upcoming monster longdistance race. The interview got posted on the event website and gives a good view inside, what the race was about and will be about in 2010.

Why did you choose to relaunch the Guadeloupe/ Martinique raid and when did the first official competition took place ?

Actually, the first crossing was in in 1993 and the first real edition in 1996. At that time I was seventeen years old; among the riders there were Antoine Albeau, Laurent Gauzère, Robert Teriitehau, Jochen Krauth and two locals, François Guibourdin and Nicolas Duval. Before that, Josh Stone, Torkil Christensen, Brian Talma and Jutta Muller had already taken part at the raid.

Who had the last time record ?
I don’t remember the exact timing, but Antoine Albeau was the one who could beat the record.

How long have you been working on the Master of Caribbean?

More than a year.

Who are the partners of the event ?

Red Bull, also the Martinique’s chamber of Tourism, the island of Guadeloupe and private sponsors. I will announce them very soon.

What was the first step to set up the project ?

I contacted many riders through skype to know how they felt about this kind of competition. Most of them told me they might be interested.

Who will compete in the 107 nautical miles long race ?

How long does the Red Bull Masters of Caribbean last ?

The crossing Guadeloupe/ Martinique itself is programmed for 1 day. But the event itself will last for several days, from the 2nd till the 9th march.

Who will broadcast the competition ?

Planchemag, assisted by a production team. The images will be online on a special website. Adrénaline, the TV Staff of L’Equipe TV will also be there.

What’s the detailed schedule of the 5 days ?

After welcoming the competitors it is planned to spend a day discovering the island of Guadeloupe and hold a photo shooting the day before the competition. We will also take the time to interview competitors for the film and the website. The crossing between Saint Francois and le Vauclin will take place on Saturday. Saturday evening there will be a big party and Sunday all of the competitors will meet the public before returning on Monday. In fact the event will be a mix between competition, islands discovering and meeting the public. As I said, it will be possible to see the competitors on the water in Saint Francois Friday and on the Vauclin’s lagoon on Sunday.

How does the local population react to your project ?

The authorities are enthusiastic. My friends and most of all my wife are giving me great support. The economic situation of the island is very fragile and that’s why it is so important for me to succeed and to proof that everything is possible.

Because it’s a real open water sea ! With good conditions we’ll have 20 knots, a rough sea with about 3 meter high swell. Besides, this year, the launch will be off the Guadeloupean coast, in Saint François. The first rider, who will cross the line in le Vauclin will be the winner.

What are the biggest difficulties of the raid?

What about the organisation, the logistic and the rescue crew ?

What’s the final objective of the Red Bull Caribbean Master ?

In a way, it’s to promote the island among the riders. Perhaps Caribbean will become the next spot of the PWA ?

chris2010-02-18T07:42:37+01:00February 18th, 2010|
Subscribe
0 Comments
Inline Feedbacks
View all comments
This website is using Google Analytics. Please click here if you want to opt-out. Click here to opt-out.
0
0
Would love your thoughts, please comment.x
()
x
| Reply
We use cookies to ensure that we give you the best experience on our website. If you continue to use this site we will assume that you are happy with it.OkNoRead more