One final race on the last day of the 2010 Oceanic & Australian Formula Windsurfing Championships bringing the total to 12 races over the four-day regatta. Lighter winds and rain today for the final day of racing at the 2010 Oceanic & Australian Formula Windsurfing Championships at Hawks Nest which allowed the competitors one more race to bring the total to twelve races for the four-day championship. 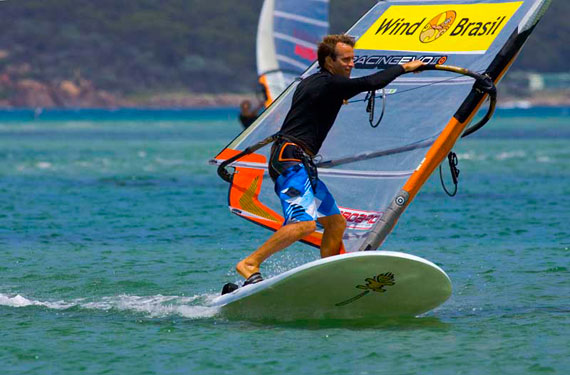 Sean O’Brien (Point-7/Gaastra) cemented his second position overall today by winning the last race by a clear 20 second margin becoming the only sailor to beat the Brazilian champion Wilhelm Schurmann (Starboard/Neilpryde) in a race this week. 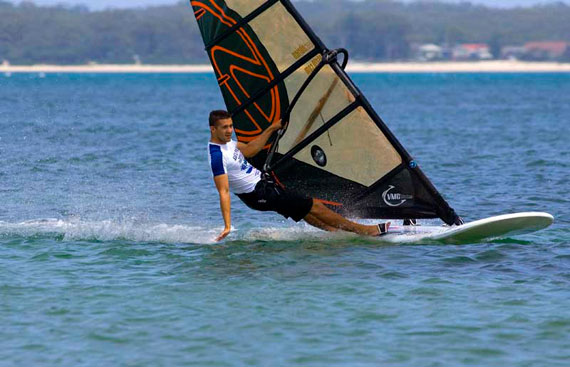 Event winner Schurmann dominated the event all week, winning 11 out of 12 races with an overall point score of 9 points taking home a new Blackberry smartphone and the winner’s trophy for his efforts. His first time sailing in this part of New South Wales the Brazilian said: “This spot is simply incredible! We had winds every single day, it was just perfect for sailing or any outdoor activities for that matter. Surfing, SUP’ing, we did it all. I’ll definitely be back next year, and bring some friends”.

Nathan Hohnberg (Starboard/MauiSails) surprised a few today following O’Brien in second for most of the race before Schurmann pipped him on the last downwind and finished in 3rd, bringing him just out of the Top 10 for the event in 12th overall.

A delay of two hours waiting for the wind before the final race allowed the competitors a chance to cheer on their wives, girlfriends and friends in the Windsurf’n’Snow Ladies SUP Race which eventually multiple Olympian Lainey Beashel won taking home the new smartphone handset from Blackberry.

After the event wrapped up competitors enjoyed the Prizegiving Ceremony at the Hawks Nest Golf Club with rock outfit “Afterglow Duo” flying down from Brisbane to provide the entertainment for the night; the festivities extended late in to the evening. Sean O’Brien who finished second overall became the 2010 Australian Formula Windsurfing Champion being the first Australian overall as well as taking the Oceanic Champion title with Allison Shreeve also receiving both titles for the Ladies.