Thomas Davies, who was stuck on the beach with a dislocated foot made a little write up for us about the New Zealand Wave Nationals, which took place over the Easter weekend 2011 at Taranaki. 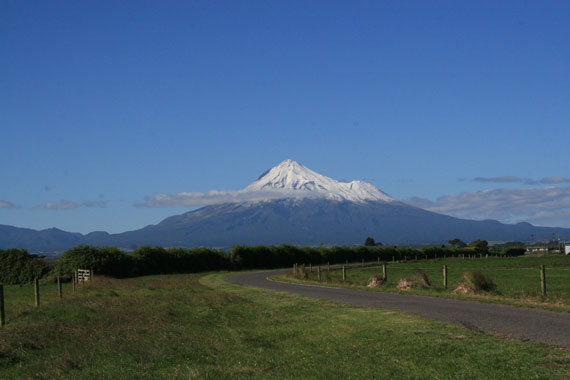 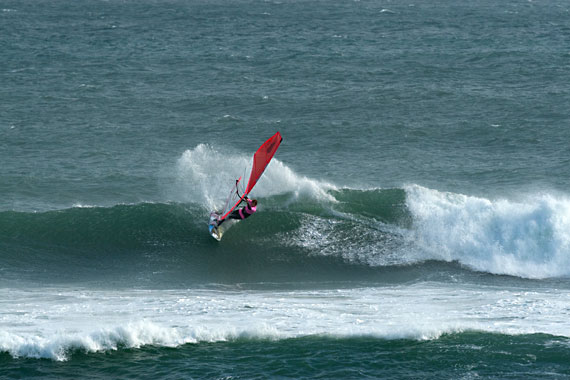 Over the Easter weekend the 2011 New Zealand Wave Nationals were held in Taranaki, New Zealand. The weekend provided us with some of the best wave sailing conditions seen at a Nationals event in the past few years and allowed us to complete a full double elimination event in epic starboard tack conditions. Some of the sets coming through during the event were up to mast and a half high with most sailors on 5.3 or 4.5’s over the two days. Competitors from all over New Zealand along with a selection of entrants from around the world took to the water to try and claim the event title. The judging pannel consisted of Carbon Art Board designer James Dinnis and Spanish Wave ripper Ferran Crespo (curently out with an injury). 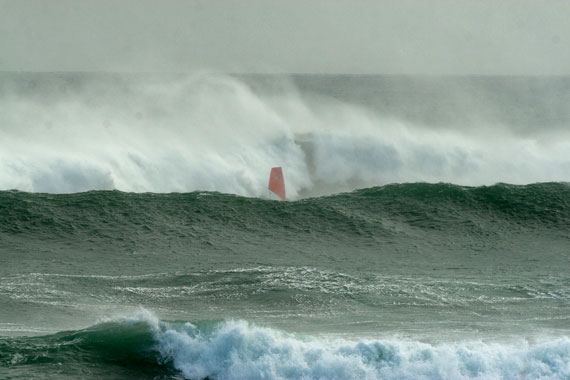 On day one we scored sunny windy weather with logo to mast high waves and plenty of sun for the spectators. We were able to complete the full single elimination ladder and Paul Barron already showed a promicing lead taking the win on day one. Day two saw some of the biggest waves I have seen in my few years of traveling to Taranaki. With mast and a half sets coming through it was the perfect nationals testing ground. After working back up through the double elimination ladder. The final came back down to Chris La Franchie and Paul Barron with Paul taking the title with some impressive wave selection and perfect 3 or 4 turn rides.

There was plenty of action and carnage to be seen including a few trashed rigs and a board or two. We even saw a rescue or two including an unlucky biker who managed to veer of into the waver right infront of the crowd of nationals spectators.

excellent conditions but i think they sail a bit too slow? maybe bigger boards or more sail?
They go along the wave with the same speed as a normal surfer..

i think one of them has the right idea. Aerials!