The Mondial du Vent 2018 (15.000€ prize-money), the first tour stop of the EFPT (18. – 22.04.2018) ends without a freestyle result. Unfortunatley the wind never materialized during the event period. The organizers and the EFPT crew did their best to entertain the crowd with a tow-in competition. Ten riders who qualified in two qualifying rounds were battling for 2.500€ prize-money. In the end British freestyler and tow-in expert Adam Sims took the Tow-In victory in front of Antoine Albert and Sam Esteve.

To guarantee a better show and give the riders the chance to risk more, race director Tom Hartmann decided to grant everyone three runs with the best move counting. The beach was packed with spectators, who were on fire cheering and applauding for every move and each attempt. The atmosphere was cooking on the beach when local rider Nico Akgazciyan showed an Air Funnell into Burner (7,97) in his first run. He couldn’t improve this score anymore in his later attempts, going for a Skopu Funnell as well as another Air Funnell into Burner. Fellow countrymen Antony Ruenes and Sam Esteve were answering with sick Air Funnell and Burner combinations. Sam landed a perfect double Air Funnell into Funnell (8,25), which was honored by the crowd. 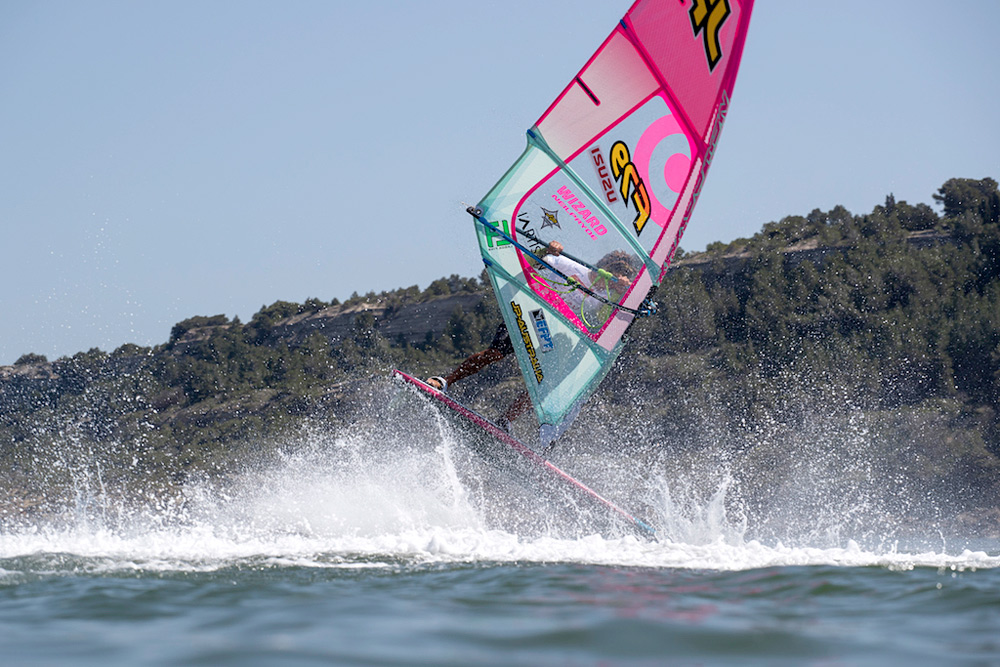 Belgian rider Steven Van Broeckhoven went for a double Air Funnell into Funnell (6,84) in his first round and went all in in his second attempt, going for a Barracuda which he unfortunately couldn’t land. It is always nice though to see somebody pushing for new tricks in this discipline.

Mattia Fabrizi from Italy tried to repeat his performance from the qualifying round, yet couldn’t get past the 8 point mark with his Air Burner 360s. Italian fellow countryman Riccardo Marca was struggling with his moves today and couldn’t score as much as he had probably hoped for.

Tonky Frans circled through a nice Skopu into Funnell but had to jump off in the end. The perfect Burner 360° that he landed in his second run, led to his high score of 7,63 points.

15 years old Nil Bacon Aubert from New Caledonia, who lives in Toulon, scored with a Double Funnell (4,63) in his first run and was then chasing the Skopu in his next two rounds. The young rider had his first ever tow-in attempts just two days ago and truly deserves a lot of respect for his courage and talent to compete in this strong fleet. 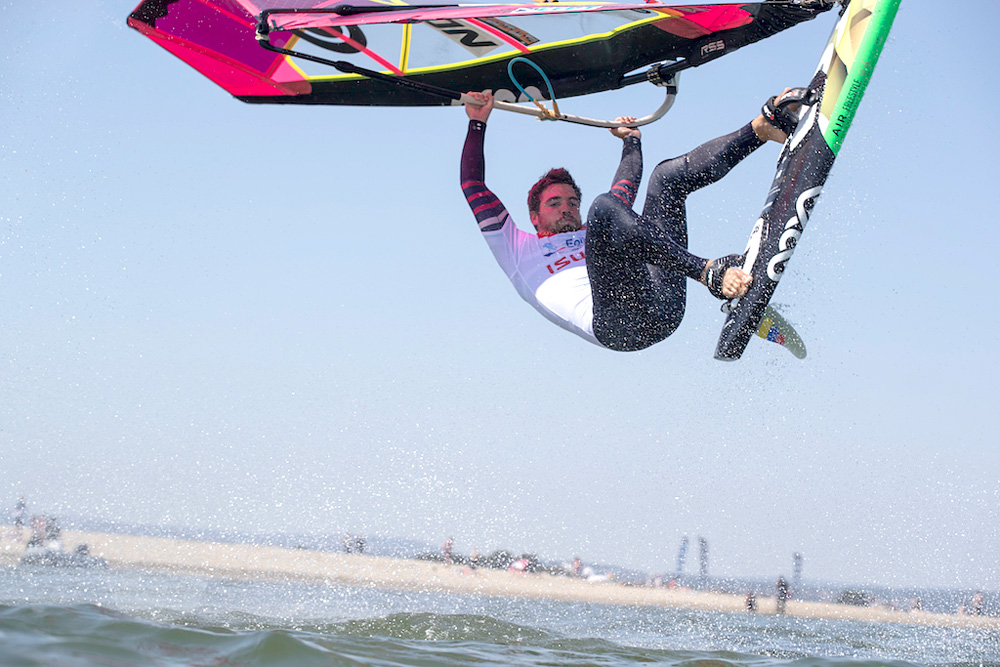 Antoine Albert flies through a Skopu (Photo by by Pierre Bouras)

Antoine Albert landed a Skopu Funnell in his first attempt and therefore ended up with the second highest points and received 8,31 points from the judges.

And winning the tow-in competition at the Mondial du Vent 2018 is British freestyler Adam Sims. Sims is one of the few riders who would go for Spocks and Culo combinations in tow-in. Today he managed to land a flawless Double Spock (8,44) in his first run. He was the third rider on the water today, which means that his high score couldn’t get matched in 25 total move attempts by all the riders combined. 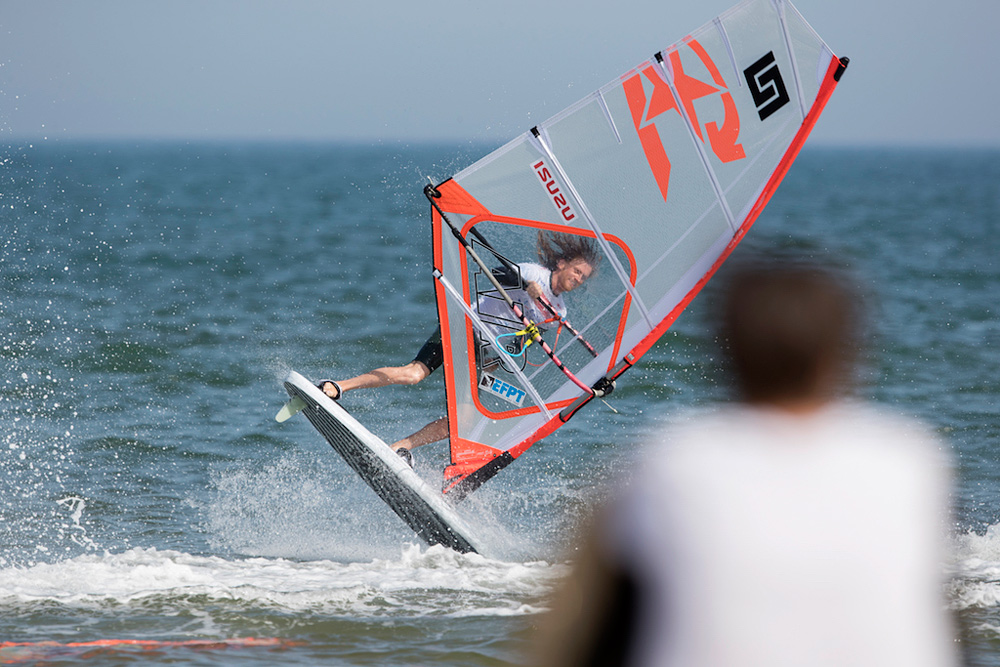