Miguel Chapuis in the waves of Reunion- Video

Miguel Chapuis travelled to the island La Reunion in the Indian Ocean in October and spent a few weeks in paradise. The island is well known as a world class wave destination for windsurfers and surfers. A few spectacular wave windsurfing events (Windsurf Trilogy, Wave Classic 2009 – 2011) were held there. We remember a lot of broken equipment and talks about sharks and big sea urchins.

The action from Miguel is from Ravine Blanche. Tristan Boxford, a former world class wave windsurfer, who spent six months on Reunion to study, mentioned Ravine Blanche as his favorite spot. Pointe au Sel, Saint Leu, L’Etang Salé, Ti Paris, Hermitage les Bains or St. Pierre (La Digue) are other spots to mention. All of them are located on the western or south western side of the island. The waves are hard and powerful and the sharp reefs are dangerous. The coast is full of lava rocks and sea urchins. Most of the spots are for experts only! And only for windsurfers, who have plenty of spare sails, extra masts and a board repair kit! Miguel is one of them and took some big sets at his first trip to the island. We bet Miguel will return to the island in the Indian Ocean. Unfortunately Miguel injured his knee. We wish a speedy recovery!!

“Miguel Chapuis: My new video out from my time in Reunion Island. I only have 3 sessions filmed so I could put up together a small clip. Thanks to Jean Bernard Chapuis for filming. I can’t wait to be back in this paradise!” 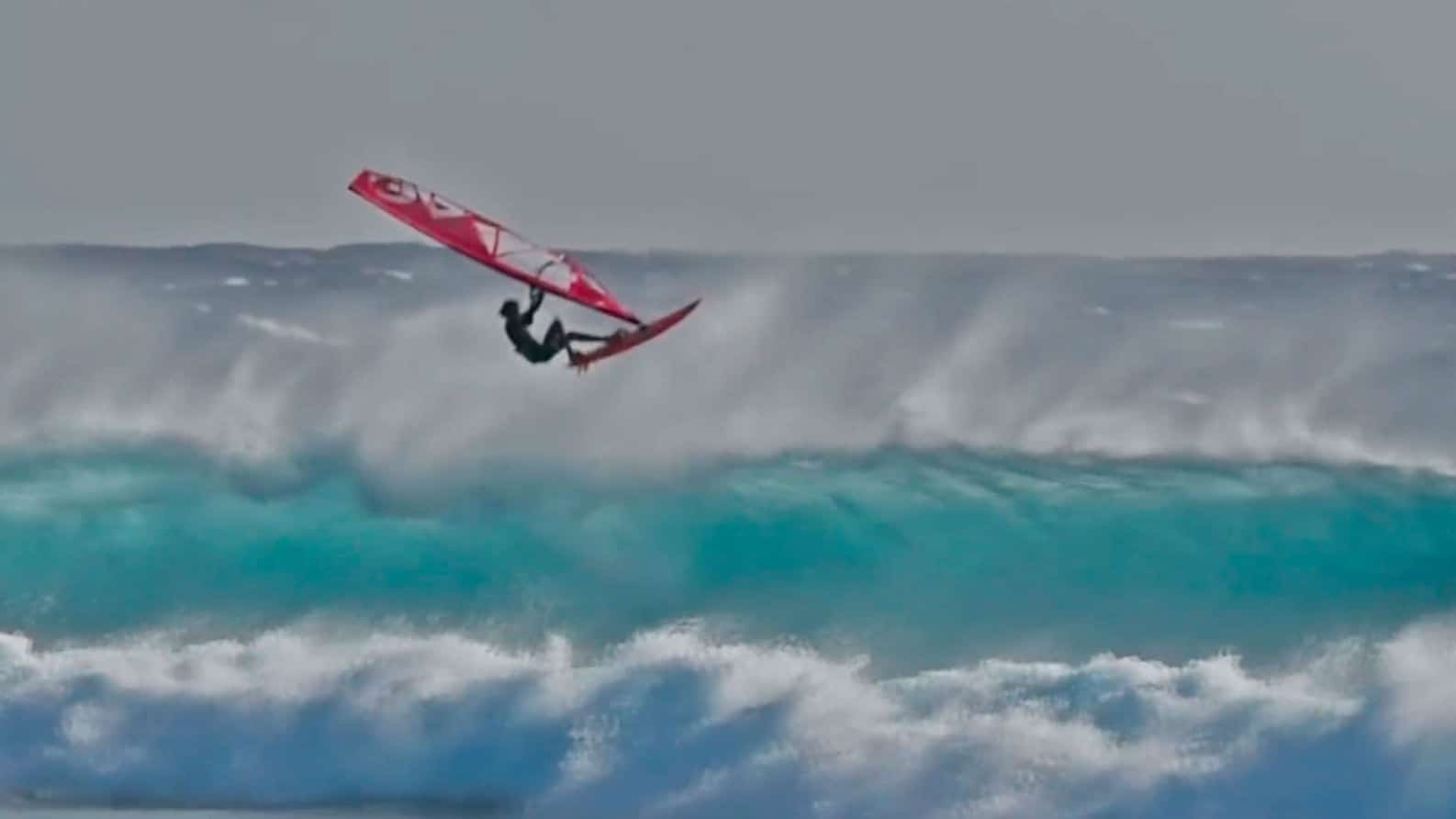 Thomas Traversa rides at Point au Sel, which is one of the most radical wave spots on the island, with a perfect fast hollow left hander braking over a shallow reef. Only for experts!

Check the big stalled forward on 1:55… it seems he landed it
This is the conditions I like, strong winds and big waves