Max Brinnich released episode 7 of his “Seen” series. This time the Austrian windsurfer spent a few weeks together with his girlfriend Theresa Kellner in Jericoacoara, Brazil. The video shows great action and fantastic closeup shots in Brazilian back light. We asked Max a few questions about this year’s trip to Jeri and his video. 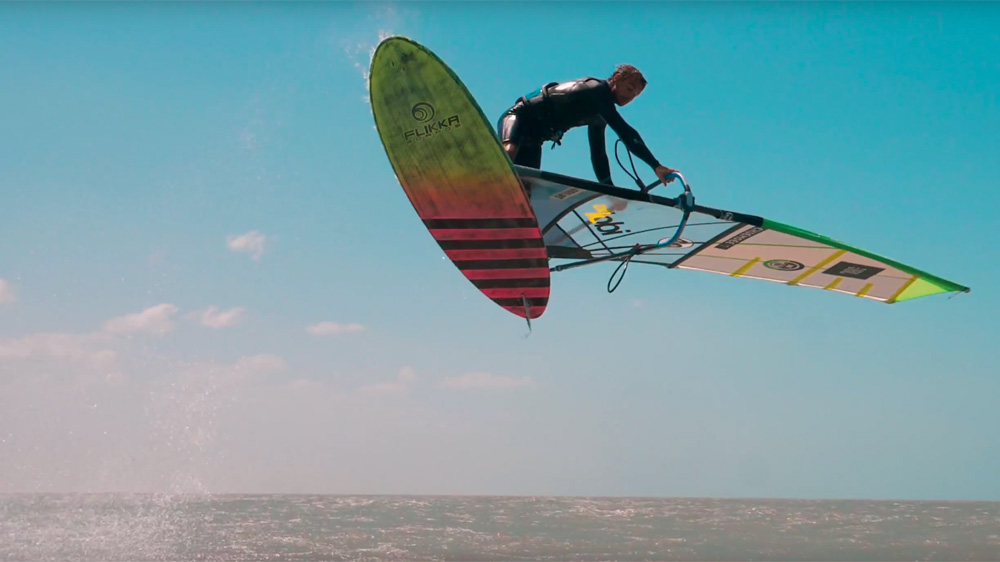 CONTINENTSEVEN: How was your time in Jeri this year?
Max Brinnich: It was totally different to my two stays in the last years – as it was the first time that I’ve been in Brazil during the European winter. My previous trips have always been in July and August. To say the truth when I realized in September that I could go for a trip in November, December I was pretty sure not to go to Brazil again, but after some weeks of research I realized November is a pretty tricky month when it comes to windsurfing trip destinations. So we (me and my girlfriend Theresa) booked a last minute ticket just very short before we started the adventure end of October.
Actually after this amazing year (check the other Seen episodes) – I can honestly say, this was the best trip of the year. We got plenty of wind and really good days. I would say I expected more waves in winter – but it was fine with the small swells we got.
There was only one thing which was kind of hard for me:  in one of my first filming session after just a few days in Brazil I had a super bad crash (soon on C7) that took me down. I was really unsure if I broke the wirst of my right hand for a long time – so I had to take some rest days, take it easy and after all I had quite some pain in some movements – which made a few moves impossible. I had a lot of conversations with my physiotherapist at home what to do. So we realized I wanted to stay and make the most out of it and just in case get it fixed straight after. Unfortunately I was really lucky that I didn’t have a broken bone. Now I  sill have some pain sometimes (bone bruise), but my doctor at home said last week I will be now pretty fast back in the game.

CONTINENTSEVEN: Anything has changed or is it still the windsurfing paradise?
Max Brinnich: Compared to the summer season November is really crowded on the main spot. I always thought September is already crowded but what I saw when we arrived was the next level. Anyways, if you make it on the water during the morning hours or in the late afternoon you get plenty of quality time – and another difference to my previous trips: you can sail directly in front of the famous Duna, the huge sand dune, what I did most of the time. There is so much space for you alone and you can really focus on yourself. And then in December there were much less people in Jeri. Ah yes…and the rain last year combined with some heavy high tides took away big parts of the beach.

CONTINENTSEVEN: Did you improve a lot and were you able to stick some moves you have been training for a long time?
Max Brinnich: It’s always hard to say about yourself that you improved a lot. I can for sure say that I got pretty consistent with all the standard moves in all conditions as I used to windsurf a lot in the bad chop really far outside, as I think there are no real bad conditions, I just want to be good enough to handle this. When it comes to the moves side…I mean I had this one move, I never really liked – the Culo – I landed now and then for more than a year now – never consistent – but thanks to the motivation of my buddy Felix I got this fully dialed in now. Beside that I was really keen on Air Kabis. So I pushed my Konos to the max first (which is quite hard with an hurting hand) and already made it around a few – the rotation is there, but the landing is something I want to improve during the next months.

CONTINENTSEVEN: What gear did you use most in Jeri this year?
Max Brinnich: I was almost always on my 90l Flikka Compact Freestyle (207×62). For the sails I used my North Idol 4.4m the most, followed by 4.0m and in the end I also used 4.8m sometimes!

CONTINENTSEVEN: You jugded the freestyle and wave competition. How was the level and who were the outstanding riders?
Max Brinnich: The contest was incredible. It was the first day after I injured my hand and I was so motivated just by watching it that I thought I need to be back on the water soon.
For me Jeri local Edvan Souza is always the standout rider. He rides waves, lands all the wave jumps and as well Spock Culos and a lot of Freestyle moves on his wave board in between. That’s amazing!! But also Gollito looked really on fire. Combined with the local boys really ripping – just to name a few: I think the heat of the freestyle contest was Jose Santos against Hugo de Souza. Both put together an incredible show and could have both beaten Gollito with that scores! Also Jamilson Souza, who got 3rd behind Gollito and Edvan, was sailing impressive!
Jahdan Tiger, the kid, sailed on his home spot on another level. But another rider, who was standing out of those extreme talented competitors was Italian Nicoló Spanu, the son of Matteo. His wave riding style is so powerful, although he is very young and was unsure about the waves („there are no waves“). And his Push loops are massive.

Austrian freestyle windsurfer Max Brinnich in “The Final Cut”, the 7th episode of his Seen series, filmed in Jericoacoara, Brazil

CONTINENTSEVEN: You just released a new SEEN episode. What was your main goal with that clip?
Max Brinnich: Seen was always something special for me. You know there are so many quick made windsurfing clips around and I do that too from my sessions at home, filmed with my Gopro and quickly edited, put on Facebook straight and that’s it. I do that as well, but in Seen there was always a lot more time and love in it. It’s already the 7th Episode – and I called it the Final Cut, because maybe it will be the last ever SEEN, but at least for this year. For next year I’ve plenty of new ideas.
In this SEEN Episode I wanted to show how Jeri felt for me this winter. Everybody will say it was really crowded. But for me I had some of the best sessions ever with Alex Mertens and Felix Volkhardt downwind next to the Duna in sometimes really amazing light.

The hardest part of making videos for me is always finding the right music – especially when you wanna do it right, which means buying or at least licensing the music. And a lot of the cheaper soundtracks just don’t sound that good.  This time I just gave it a go and emailed a band I learned about only a few months ago when reading the time magazine (5 Songs You Need to Listen to This Week). And hey they came back to me and gave me an amazing song (in my opinion) to use. So a huge shout out to: *repeat repeat (https://www.repeatrepeatmusic.com)

CONTINENTSEVEN: Next trip/clip planned?
Max Brinnich: Oh yes!! First I need to recover my hand for a few weeks, but then we will start straight with some R&D work on the Flikka Freewave (really sick boards already) and the upcoming Freestyle 92 Coreline in Croatia. So I will do plenty of Croatia trips this winter. I’ve a project together with Flikka coming up very soon and a already finished JBL Commercial for an exciting project waiting for the product release – which will be in the beginning of 2018. Besides that I would like to do a longer trip to Sardinia or Morocco soon – for sure with some video productions.